NASA’s cold fusion tech could put a nuclear reactor in every home, car, and plane 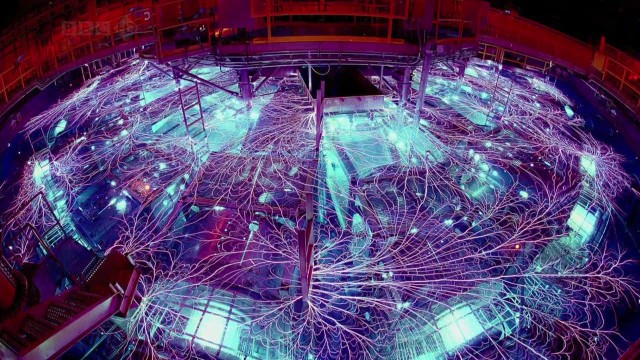 When we think of nuclear power, there are usually just two options: fission and fusion. Fission, which creates huge amounts of heat by splitting larger atoms into smaller atoms, is what currently powers every nuclear reactor on Earth. Fusion is the opposite, creating vast amounts of energy by fusing atoms of hydrogen together, but we’re still many years away from large-scale, commercial fusion reactors.

LENR is absolutely nothing like either fission or fusion. Where fission and fusion are underpinned by strong nuclear force, LENR harnesses power from weak nuclear force — but capturing this energy is difficult. So far, NASA’s best effort involves a nickel lattice and hydrogen ions. The hydrogen ions are sucked into the nickel lattice, and then the lattice is oscillated at a very high frequency (between 5 and 30 terahertz). This oscillation excites the nickel’s electrons, which are forced into the hydrogen ions (protons), forming slow-moving neutrons. The nickel immediately absorbs these neutrons, making it unstable. To regain its stability, the nickel strips a neutron of its electron so that it becomes a proton — a reaction that turns the nickel into copper and creates a lot of energy in the process.

The key to LENR’s cleanliness and safety seems to be the slow-moving neutrons. Whereas fission creates fast neutrons (neutrons with energies over 1 megaelectron volt), LENR utilizes neutrons with an energy below 1eV — less than a millionth of the energy of a fast neutron. Whereas fast neutrons create one hell of a mess when they collide with the nuclei of other atoms, LENR’s slow neutrons don’t generate ionizing radiation or radioactive waste. It is because of this sedate gentility that LENR lends itself very well to vehicular and at-home nuclear reactors that provide both heat and electricity.

According to NASA, 1% of the world’s nickel production could meet the world’s energy needs, at a quarter of the cost of coal. NASA also mentions, almost as an aside, that the lattice could be formed of carbon instead of nickel, with the nuclear reaction turning carbon into nitrogen. “You’re not sequestering carbon, you’re totally removing carbon from the system,” says Joseph Zawodny, a NASA scientist involved with the work on LENR.

So why don’t we have LENR reactors yet? Just like fusion, it is proving hard to build a LENR system that produces more energy than the energy required to begin the reaction. In this case, NASA says that the 5-30THz frequency required to oscillate the nickel lattice is hard to efficiently produce. As we’ve reported over the last couple of years, though, strong advances are being made in the generation and control of terahertz radiation. Other labs outside of NASA are working on cold fusion and LENR, too: “Several labs have blown up studying LENR and windows have melted,” says NASA scientist Dennis Bushnell, proving that “when the conditions are ‘right’ prodigious amounts of energy can be produced and released.”

I think it’s still fairly safe to say that the immediate future of power generation, and meeting humanity’s burgeoning energy needs, lies in fission and fusion (See: Nuclear power is our only hope.) But who knows: With LENR, maybe there’s hope for cold fusion yet.