BREAKING: 19 Dead and 50 Injured at Ariana Grande Concert After Explosion 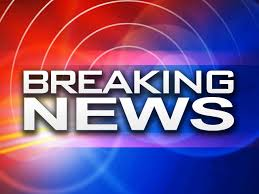 Here is what is known so far about the incident:
-Manchester Arena hit by at least one explosion
-Police confirm 19 Dead, around 50 injured
-Police state it is 'possible terrorist incident'
-UK officials suspect it was caused by suicide bomber.
-Senior counter-terrorism officials meeting in London
-Police warn people to stay away from area
-Emergency services rush to scene
-Ariana Grande 'Okay' following the incident
****Via Zerohedge

Of course I am sure this was just one heck of a mad Ariana Grande fan. It will be amazing to see if this story gets linked to a radical muslim.

At least the new US president can call a spade a spade.

Check out my blog
https://steemit.com/bombing/@cheekybuggy/london-bombing-real-or-false-flag
And by all means join the comments
Followed and upvoted

What a load of crap!!! I've done security for concerts for live nation. The only way to sneak a bomb in would have to be up your ass. In addition, I just went through London security at Heathrow airport twice last week. They take it pretty serious in the U.K. I have a real hard time buying it was snuck in. Just saying.

Apparently the explosion happened outside the concert. Our world is such a mess. For someone to want to cause so much death, especially children they must have suffered a similar fate before. Maybe they lost their children to a war or similar, and blame the british.
Whatever the reason, i posted about this awhile ago asking if theres some way everyone on steemit can figure out a way to donate to the families.. any ideas?

This has false flag written all over it. Do you teally think its a coincidence with the timing of the dollar hitting its critical point?

No matter what. This b$ has got to stop.

sorry I just don't get this terrorist stuff at all. makes no sense to me.

The last news I heard was 22 dead and 50 injured. Suicide bombers in the UK is a massive escalation for us, frankly we're stunned. As far as I know this is the first attack of this kind on mainland Britain.

According to the news the bomber was waiting in the foyer, along with parents and friends of the attendees, waiting for people to leave the concert. Another five or ten minutes and the fatalities could have been much higher.

Sadly this is not the first time Manchester has been the target of terrorist bombs. Lets hope it is the last.

This post has been ranked within the top 10 most undervalued posts in the first half of May 23. We estimate that this post is undervalued by $35.45 as compared to a scenario in which every voter had an equal say.

See the full rankings and details in The Daily Tribune: May 23 - Part I. You can also read about some of our methodology, data analysis and technical details in our initial post.

Idek what to believe anymore