A missile attack on the Syrian airport ! 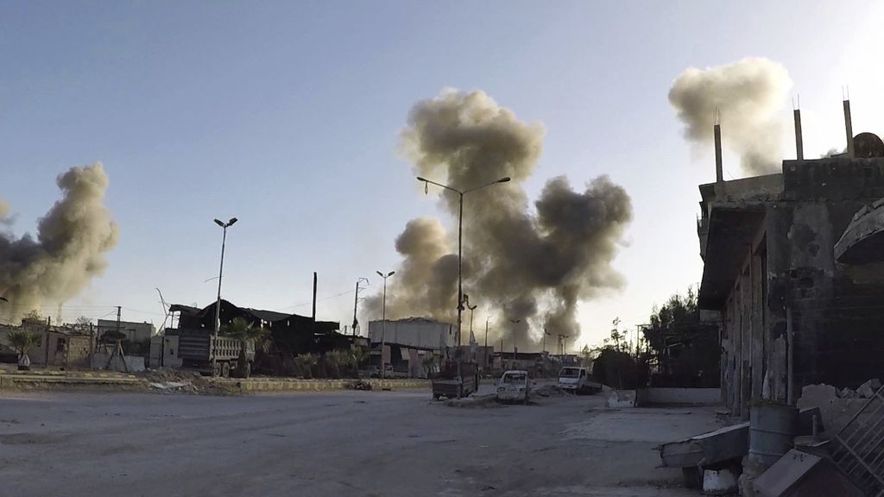 The day after the alleged chemical weapons attack on Duma, which killed dozens of people, the missile attack target was a Syrian military airport in the province of Homs. Although Trump warned several hours earlier, that ones who are responsible for chemical attack will "pay the high price", the US denied involvement.

A Syrian news agency, referring to military sources, reports that several people were killed and wounded in an attack on Syrian military airport Tajfur in the province of Homs. Syrian anti-air defense defended the attack and shot down eight rockets. For now, it is not known who carried out the missile attack.

US President Donald Trump condemned the attack on Twitter and pointed to Russia and Iran who are supporting Syrian President Bashar al-Assad. He also wrote that the responsible ones would "pay a high price". He then also talked with French President Emmanuel Macron, who said in a joint statement that they agreed that chemical weapons were being used in the attack and that they would cooperate in finding those responsible. They added that they coordinate a "strong joint response".

Moscow denies the claim that the Syrian regime has used chemical weapons. "As soon as the Duma is liberated from rebels, we are ready to send Russian experts on radiological, chemical and biological defense to collect data to confirm that these statements are fictitious," said the head of the Russian Center for Reconciliation between the parties in Syria, Major General Yuri Yevtushenko.

Iran has also responded to the accusations, saying it was a new conspiracy against the Syrian regime. "Such allegations by Americans and certain Western countries are a sign of a new conspiracy against the Syrian government and the people and the threats to military intervention that will surely complicate the situation in this country and the region," the Iranian Foreign Ministry wrote.