Secrets revealed: the truth of what happened to the Aztecs

Before colonial expansion carved up the New World, there was the Aztec Empire, a mighty civilization that reigned for nearly 100 years before the combined forces of Hernan Cortes and his conquistadores defeated and enslaved them.

The standard story goes that the Aztecs were destroyed by the Spanish because of Western technology; musket and steel defeated obsidian-studded wood and leather. But the main Spanish force that landed in 1519 consisted of less than 700 men; it was only Cortes' manipulation and eventual betrayal of those already chafing under Aztec rule that allowed him to win his military campaigns. 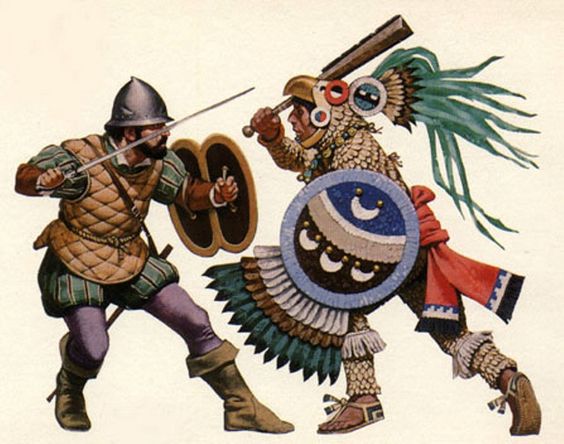 There's even more to this story, though. There are estimations that there were around 25 million Aztec at the time of Cortes' invasion of Mexico. Just a century later, there were only around 1 million. Those aren't the kinds of casualties you get from military conflict, even when there's a massive disparity in technologies.

The truth is that disease and epidemic took a massive toll on the Aztec population. Just as North American Indian populations were decimated by diseases brought over by colonists - with the most egregious of instances being smallpox-laden blankets handed out purposely to "thin the herd" - down in Mexico a series of epidemics, known as cocoliztl to the Aztec, killed anywhere between 6 million and 18 million from 1546 and 1576 alone.

The weird part has been that scientists have not been able to figure out what the pathogens were that caused these cocoliztl. Typhus, smallpox, and measles had all been ruled out, causing historians to scratch their heads. Something killed off Aztecs in droves, but what? Specifically, a rare form of salmonella known as Paratyphi C, an incredibly rare strain that very closely mimics the symptoms of typhus. Researchers recently dug up around 30 graves dating to the 1545 epidemic in Mexico and conducted DNA analysis on the teeth of the deceased, finding genetic traces of Paratyphi C among the remains.

Paratyphi C is still around today, mostly in undeveloped countries. It's got a mortality rate of around 10% to 15% mortality rate, but that's within populations that have some innate resistance to the bacterium. The Aztec, like many indigenous populations in the New World, had little to no resistance to European pathogens, and it would have torn through the population like a cyclone - which is just what it did.

There's even evidence that the salmonella strain most certainly came from Europe. Another research study, independent of the Aztec one, had been analyzing a grave of a woman buried in 1200 CE in Trondheim, Norway. Her remains had traces of a bacterium that was a genetic match for Paratyphi C - in fact it might have even been what killed her.

While this shows that that salmonella strain was active in Europe a good 300 years before the Spanish conquest, it's not a direct link to Mesoamerica. However, it turns out that some people can carry Paratyphi C without exhibiting any symptoms. All it would have taken was one Spanish sailor or soldier to be a carrier - a sort of "Typhoid Mario" if you like - and that particular salmonella strain would have been off to the races.

So what killed the Aztecs? Well the Spanish might have been the initial point of contact, but it was salmonella that did the rest. And you thought that the last time you had the runs from undercooked chicken was bad. Thanks @beowulfoflegend! I love history!

You're welcome! Isn't this just a great story?

Yeah I was proud of that stupid line ;)

Wow! That's interesting! To take home: the little beasts are always the nastiest :)

And make sure you cook your chicken all the way through!

Thank you for creating this interesting post on history and biology! It is also cool to read the references that you shared together with your post.

Thank you so much for the resteem and the Steem Power deposit! I'll do my best to keep up the good work.

This post has been ranked within the top 50 most undervalued posts in the first half of Feb 28. We estimate that this post is undervalued by $3.35 as compared to a scenario in which every voter had an equal say.

See the full rankings and details in The Daily Tribune: Feb 28 - Part I. You can also read about some of our methodology, data analysis and technical details in our initial post.

Also check out The Lost City of the Monkey God. They discovered a non-Aztec, non-Maya civilization in the highlands of Honduras, which went extinct at around the same time.

that's amazing, totally gonna check that out. Thanks for the recommendation!