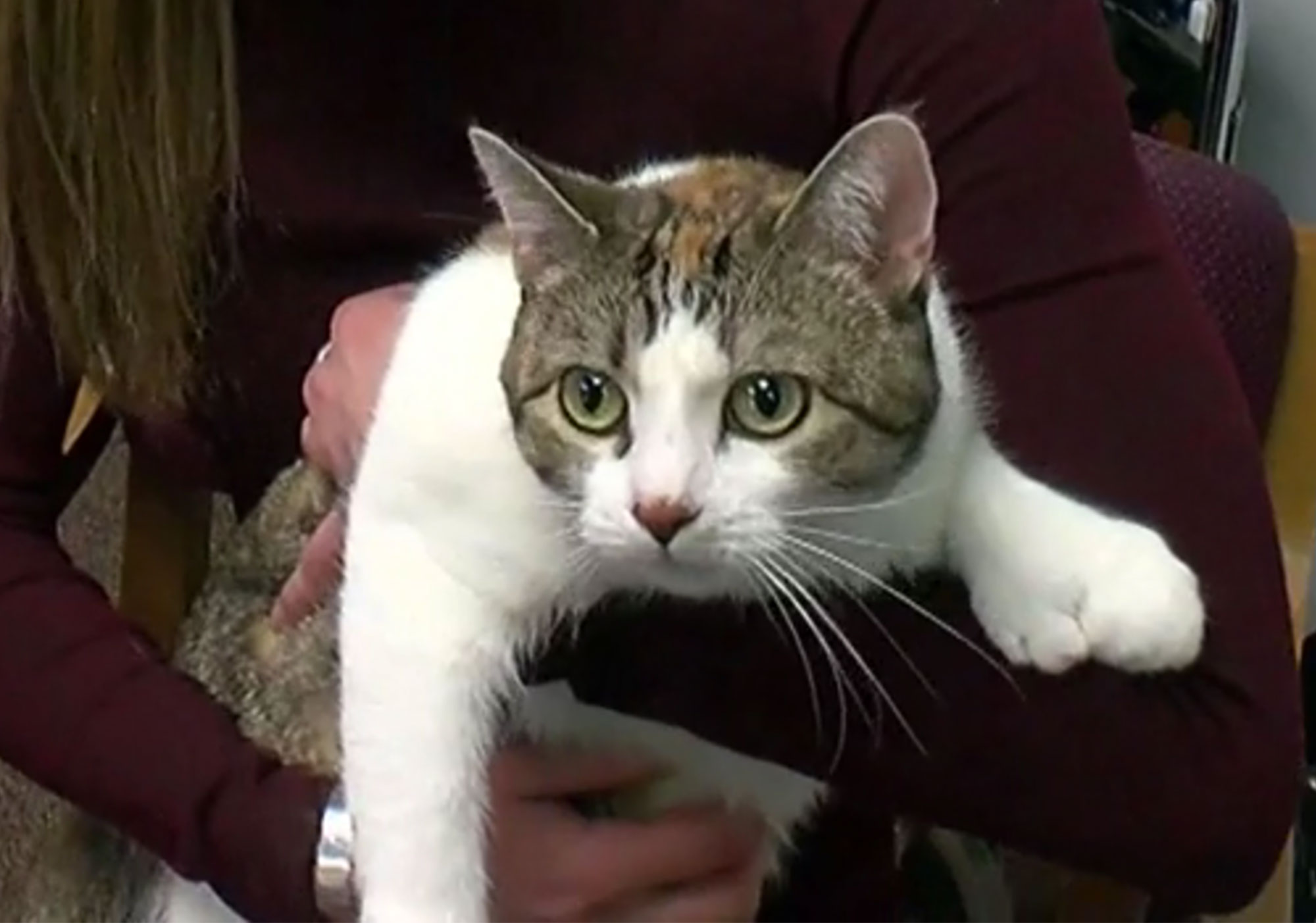 Owner Jeanne Martin, of Northfield, says Paws’ genetic trait comes in handy.
“It almost looks like a catcher’s mitt,” Martin said, adding that the extra digits on her front paws help her grip narrow surfaces.
Jeanne’s daughter’s partner, Walter Nachtigall, is the one who rescued Paws on his maple syrup farm near Cokato.

“She used to love it when I would have her sit on my lap and rub her belly and she felt pretty safe, so eventually when she had kittens, she brought them back to my farm and stashed them in the Studebaker truck I was working on,” he said.
And that’s how she ended up with Jeanne.

When she takes Paws to the vet to get her claws trimmed, Jeanne always reminds them to make sure they get all 28. They don’t even charge her extra.
“I told them once, I said, ‘you really ought to charge me extra because she has so many more,’” Jeanne said.

Polydactyl cats are also known as “Hemingway cats,” in honor of the American writer who kept one at his Key West home.