Steemians - This is my foray into reporting out global news and happenings of significance, from my vantage point and through my lens. I envision it as a weekly summary that will be succinct, relevant, critical thinking oriented and cover multiple categories (Geo-Politics, Economics, Op-Ed, Miscellaneous, Cartoon/Meme of the week). I will be posting sources of the news and research links in the footnotes. North Korea : Trump personally welcomes back 3 Americans that were released by North Korea, after being detained for over an year. The release of the detainees came as Pompeo visited North Korea to finalize plans for a historic summit between Trump and the North's leader, Kim Jong-un. The summit is planned to happen on June 12th at Singapore. After meeting Xi, Kim agrees denuclearisation of North Korea is "achievable". 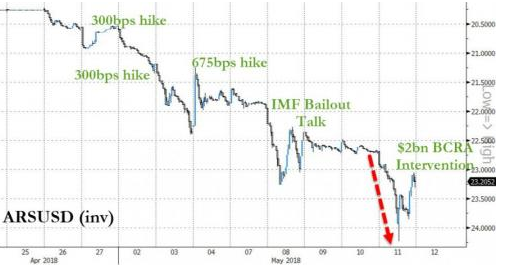 Cartoon of the Week :
Source: Why Replacing Politicians With Experts Is A Reckless Idea

My Pick of the week : Video
Intellectual Conformity - East vs West

Submit
$0.06
2 votes
5
Authors get paid when people like you upvote their post.If you enjoyed what you read here, create your account today and start earning FREE STEEM!
Sort Order:
[-]
diezeldiddy (55)  ·  2 years ago (edited)

Enjoyed the news synopsis! Did a good job and appreciate that you cited sources. I keep up with the news pretty well, but there were a couple new events i didn't hear about in there! Good variety

Lemme know which ones didn’t make it to my synopsis

No, I meant that you included a couple events I didn't hear about! Sorry, yah my comment was confusing

Please let me know here if the layout/flow needs to be tweaked. Also feel free to challenge/add to this content the way you see fit. Thanks.