New users trying to grasp the concept of the STEEM-Network may not immediately be an easy task if we complicate too much, so let me try to explain where you are, why and how it works and what you should expect for the future. There are three things you should know about the STEEM-Network

So - what about Difficulty?

Difficulty based on Author-activities, if a lot of posts are made every day, the Difficulty goes up. Which means that people would have to buy more SteemPower to keep up with the attention-economy, and grow a real fan-base or followers that read what you write and comments below and give you an upvote.

But right now, it is easy - you came to the right place at the right time. Welcome to the future!

Want to make more connections and friends on the STEEM-Network? Come and join us at SteemSpeak.com and let us get to know you better

Hello my Friend ... This is a great explanation ... it will help a lot of new members ... excellent

Thank you. There are so many new people coming in now from South-East Asia and Nigeria, I see them on my feed as they come in: https://discord.gg/x4Rj3yF - It is pretty awesome!

Excellent ... This is a great job ... and I will also try to attract people from Egypt

Very informative thank you for your concise explanations

Hey, is the guild you're running still operating?

But I ain't getting any votes. I am a member I believe.

That is because you have too little SteemPower
https://steemit.com/@rahul.stan/transfers
Power up to 500-1000 and you will be OK.

Nice post, I may have to to give running a witness another shot
Do you run yours in a dedicated data center?

This is real informative for us newer folk. Thanks for sharing it. I followed you :)

Great post man, I have always sort of grasped these concepts somehow, myself being a crypt noob but you explain this really well here.

I am in the top 25 dude!! Authors the last week and I have not been back a week yet! 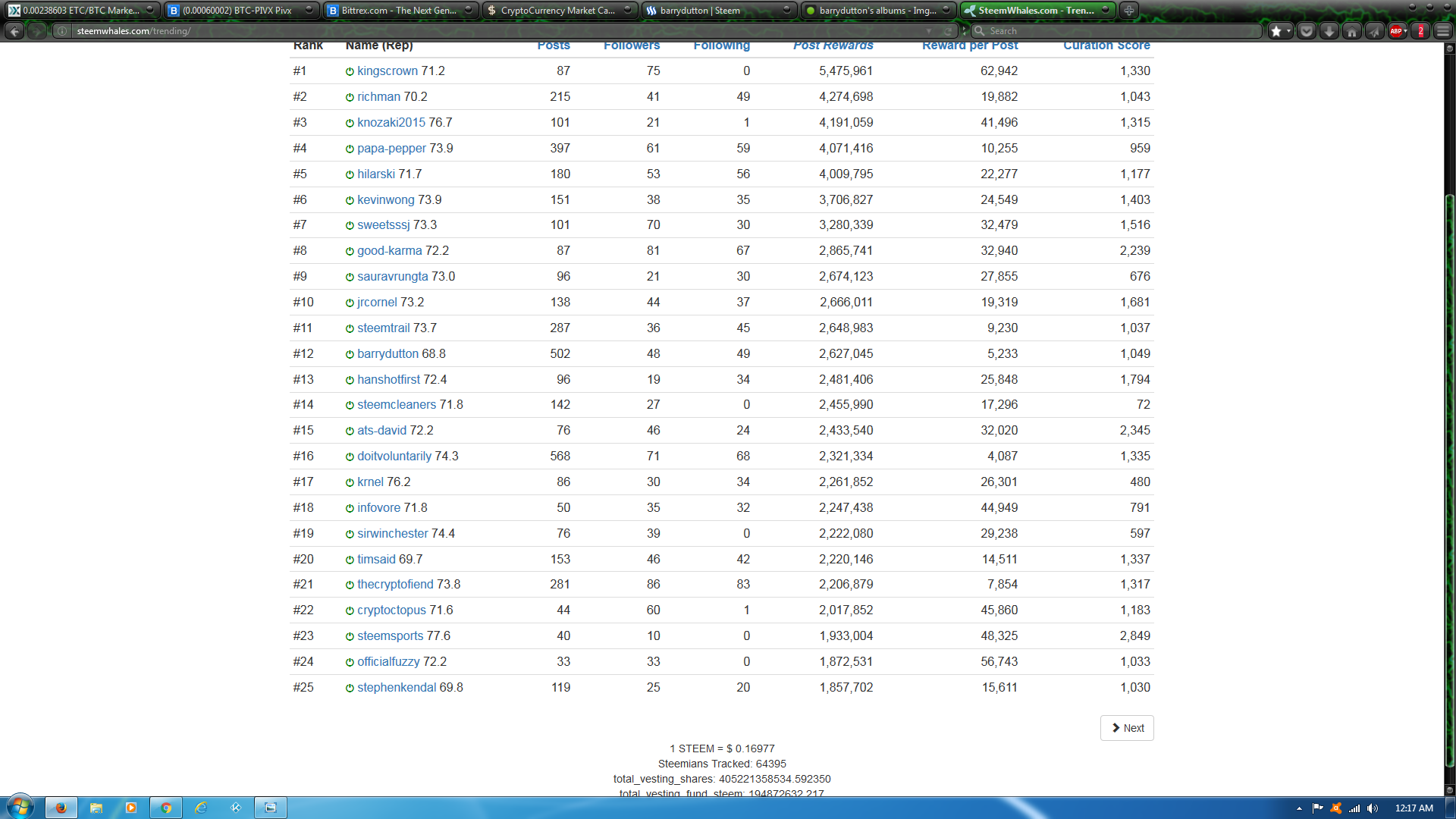 Thanks you-- that does put it in very nice simple terms for someone looking at Steemit for the first time, if they have a little cryptocurrency experience. I really appreciate your ability to describe things in terms of "the basics." We need more of that-- it's easy to look at a system and leave because "it seems too complicated."

Thank you for your kind words. Heartwarming <3

My advice to anyone new is JUST BE PATIENT. Things pick up... keep writing (or whatever your particular skill is)keep posting and things will take care of themselves. I'm proof that things get better.

I disagree with the need to buy SteemPower because once you have built an audience as a blogger you don't need the SteemPower. If one wants to earn from Curation then SteemPower is super important. This is definitely a different form of Proof of Work and the difficulty will increase exponentially as better and better bloggers show up. So put in tons of work now everyone because in the future your blogging might not be good enough to compete.