Net Neutrality Is Anti-Liberty, And Here’s Why 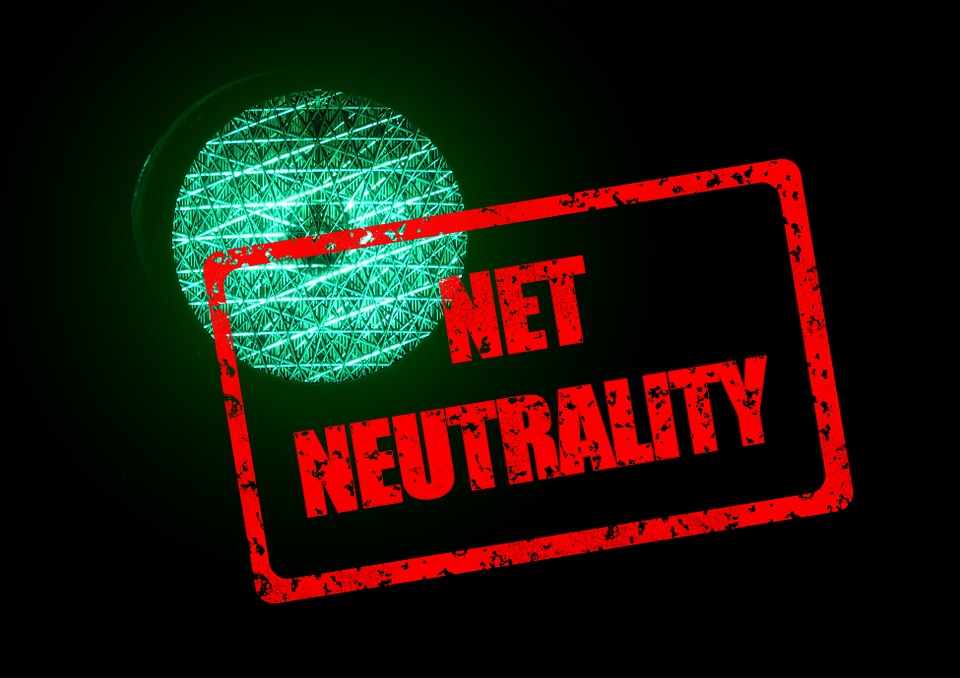 The debate about Net Neutrality has been revitalized as the new FCC chairman, Ajit Pai, has released a plan to eliminate the Net Neutrality regulations. Surrounding this decision are hysteric cries of unfair practices by the cable companies and the need to “protect the little guys.”

But, what does this mean for everyone involved? Is it really an attack on the internet? Is the Trump administration signing over control of the internet to Time Warner?

In short, no. The truth is Net Neutrality is far from simple. To understand why Net Neutrality was an affront to liberty, it is important to know what it is.

Net Neutrality arose when Internet Service Providers (ISP’s) decided to charge large content providers more to create an express lane for them. This is due to the fact that ISP’s can only provide so much bandwidth at a given time. As more people began accessing the internet more often and utilizing streaming services, ISP’s had trouble keeping up with the demand for internet.

To solve this, ISP’s approached the large internet companies and offered them their own lane. What they would do is have a certain amount of bandwidth reserved for these giants, which would speed up the internet for both the behemoths and the little guys.

Picture the internet like a road. There are cars, trucks, vans and semis. The semis begin clogging up the road because there are so many and they are clunky and slow. Everyone experiences slower commutes, traffic jams and an overall worse experience as semis take over the road.

To fix this issue, the owner of the road creates a new two lane road exclusively for semis that runs parallel to the other road. To do this, he would charge the semis more to use the road, but it would make everyone’s commutes faster. By opening this lane, cars can move freely on the normal road without worrying about being held up by semis, and semis have their own lane.

That is what Net Neutrality was trying to stop. It made it illegal to charge internet content producers and distributors more based on how much internet they used. In other words, Comcast couldn’t ask Netflix to pay more, even though the streaming of Netflix was making loading all the other small websites people wanted to access harder.

How This Affects Liberty

Liberty and free markets require businesses to be able to charge their customers as they please. If it is not worth the price to the customer, no one will buy it, and businesses will be forced to lower prices. The market will decide the price based on competing interests.

If paying more for the express lane doesn’t make sense for a company, they won’t do it, but for large companies like Netflix and Google, it would most likely be necessary. The reason they fought this was to maintain their current profits by lobbying the government to put a price ceiling in place.

By not allowing companies to charge the price they see fit, the government prevented thedeadweight loss industry from reaching equilibrium which takes away benefits from businesses and consumers. Price ceilings create what is called in economics deadweight loss. The picture to the left shows how this works. Normally the purple box and yellow triangle would be evenly split between consumers and producers. Instead, the yellow triangle is lost, and fewer people are able to access the good or service being traded.

When markets have artificial restrictions placed on them, they become inefficient. This either makes goods too expensive for most people or limits quantity, depending on where economic pressures lie. To restrict the free transactions between ISPs and content distributors does what the graph above shows, create loss and either limit supply or lower demand.

Either way, it creates losers and limits the freedom of people to make their own economic decisions.

Net Neutrality would not give content distributors of any size an advantage over the other, nor would it give ISP’s an upper hand. It would just make end user experience better. Without getting too far back into the economics, freeing up markets allows for more gains for consumers and producers, which is how economies grow.

People are afraid of the internet not being “free” without Net Neutrality, but what they fail to see is that this restricts the liberty in this space and makes it more expensive in the long run. The only entity that can control or limit freedom online is the government, and inviting the government to regulate this space is a foolish idea. The FCC is right to pull away from Net Neutrality, and this is a good thing.

Join The Conversation of Our Generation!!

Subscribe to our email list for our Recommended Reading, reviews on books and other content that can grow your store of knowledge. New products will be coming soon, exclusively for subscribers.

GET OTHERS INVOLVED IN THE DIALOGUE

Congratulations @jamell! You have completed some achievement on Steemit and have been rewarded with new badge(s) :