Kellenberger: After national title game loss, Mississippi State has to wonder 'What if?'

COLUMBUS, Ohio — What if?

What if the official calls a foul as Morgan William loses the ball near midcourt? What if Victoria Vivians is able to deny the inbound pass? What if Notre Dame’s Arike Ogunbowale’s buzzer-beating 3-pointer doesn’t go down?

What if the game goes to overtime? What if Teaira McCowan is on the floor for it instead of watching from the bench, having fouled to stop the play post-William’s turnover? What if Mississippi State had been able to break down Notre Dame’s zone defense just a little bit more? What if McCowan’s shot in the final minute doesn’t roll off the rim but in? What if when Notre Dame came out in the third quarter and threw its best punch, Mississippi State had been able to jab back? 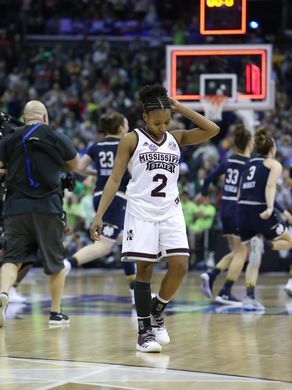 U can include more tags related to ur post,to get more comments and upvotes,even Rewards u will be glad you did.

thank you my brother.i am new this site.please give me some tips

https://discord.gg/fF95PG u can fellow this link to join steemschool where will meet friends and learn on how to be successful on steemit and also engage in challenge that can earn u.