The NBA-Holes Column: Which NBA Legend Had the Most Iconic Apex? 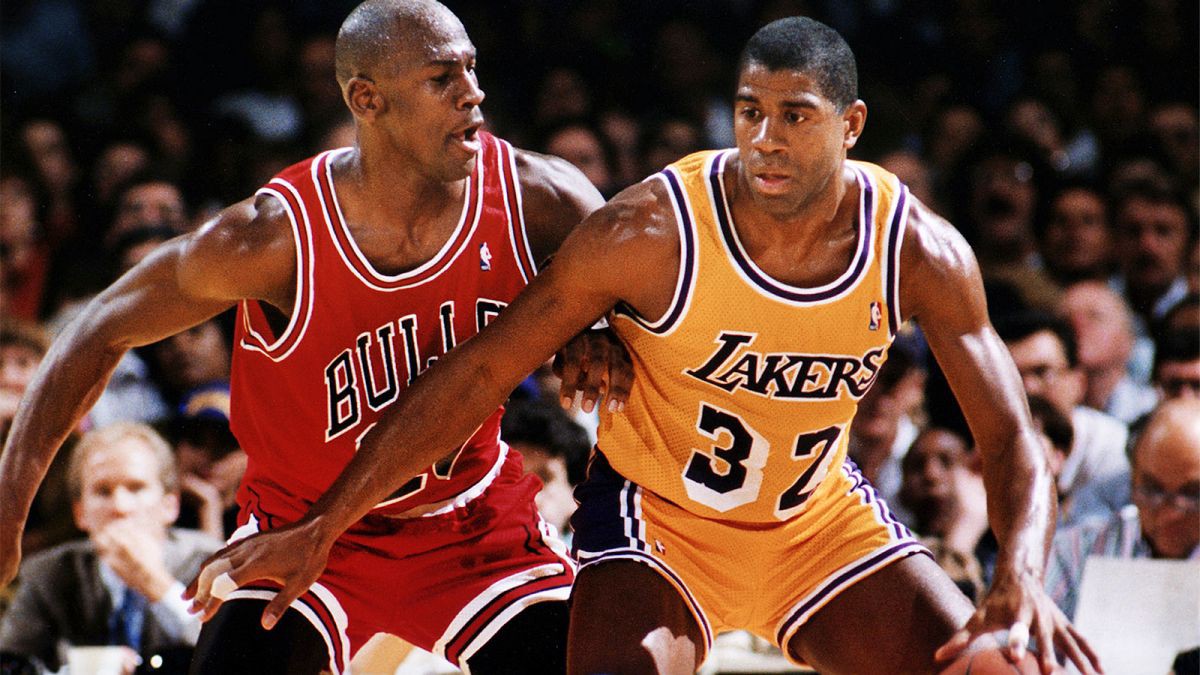 Historically, a basketball player’s prime lasts anywhere from five to ten years. At the peak of their prime, a player hits their absolute apex . For most, this period is fleeting. Time spent on the mountaintop is what separates great players from the greatest. There’s a short list of NBA legends who’ve stretched this window out over five-consecutive years. In honor of these transcendent stars, here are the NBA’s ten greatest peaks of the past 35 years. We praise Malone so much for his longevity that we tend to forget how dominant he was over the back-half of the ’90s. In what should have been the end of his prime, Malone spent Years 10 through 14 slapping together 27 PPG, 10 RPG, and 5 APG. Before lackluster performances in the 1997–98 NBA Finals would diminish his crunch-time chops, he proved his case as a Postseason force during the 1995 Western Conference 1st Round, while averaging 30 points, 13 rebounds, and four assists over five games.

David Robinson gets lost among his generational peers. Three superstars are oft-considered to have come closest to approaching Jordan’s throne in the 1990s, i.e., Hakeem, Barkley, and Malone. We tend to overlook Robinson, even though he’s one of four players to take home the league’s MVP award during MJ’s reign. Hakeem may have ended the ‘greatest center of the decade’ debate with his performance against Robinson in the 1995 Playoffs, but when it comes to statistical output, Robinson has the upper-hand. After averaging an unfathomable 29.8 PPG, 10.7 RPG, 4.8 APG, and 3.3 BPG in 1994, Robinson took home the 1995 MVP by posting near-identical numbers — 27.6/10.8/2.9/3.2. Together, they stand as arguably the greatest back-to-back seasons in league history.

In recent years, NBA fans have fallen victim to revisionist history, convinced that the ‘best player alive’ title was passed from Jordan to Kobe to LeBron, when in fact, for a two-year stretch, at least, Timmy D occupied the throne. If back-to-back MVPs aren’t enough to jog your memory, let’s look back at his Postseason dominance. In 2002, he averaged an ungodly 27.6 PPG, 14.4 RPG, 5.0 APG, and 4.3 BPG over nine playoff contests; during the Spurs championship-run in 2003, 24.7/15.4/5.3/3.3. His reign atop the sport peaked during the final two games of those NBA Finals, as he followed a 29-point, 17-rebound, 4-block performance in Game 5, with 21 points, 20 rebounds, 10 assists, and eight blocks in Game 6. 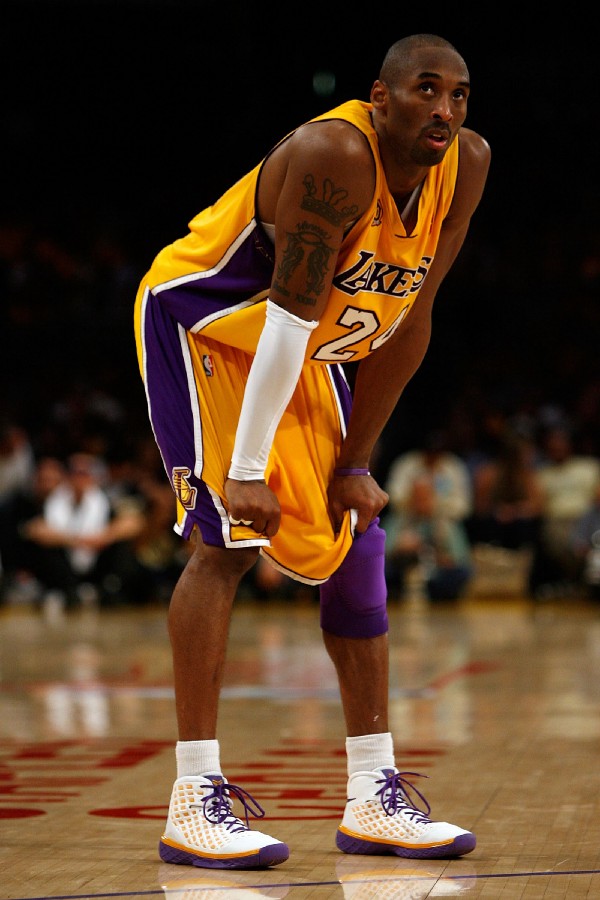 As early as his rookie season, Kobe was seen as the likely candidate to fill Jordan’s vacancy as the league’s top alpha-dog. Over the first-half of his career, he never quite snatched the throne, watching as Shaq, Iverson, Duncan, and KG cemented their case as the ‘best player alive.’ By 2006, it was no longer an argument. He won back-to-back scoring titles behind averages of 35 and 31 PPG, respectively, narrowly missing out on the MVP. After taking home the prize in 2008, he followed it up with back-to-back NBA Finals MVPs and two championships.

Contrary to public opinion, MJ’s brief hiatus does not serve as an asterisk to everything that happened during his absence. It’s quite the opposite, actually, as his time away from basketball opened the door for a superstar who’d long been overlooked throughout his career. In the NBA’s first Jordan-less season, Hakeem usurped His Airness as the King of the NBA, averaging 27.0 PPG, 12.0 RPG, 3.3 APG, and 3.7 BPG en route to winning the regular season MVP, Finals MVP, and 1994 championship. If that wasn’t enough, he submitted his encore performance the following season. Even with two other all-time centers (Ewing and Robinson) operating at their peak, the decade belonged to Hakeem.

Consider: if it wasn’t for ‘The Decision’ backlash, Derrick Rose’ unexpected breakout-season, and the fact that everyone was sick of awarding LeBron for what he was supposed to do, LeBron would’ve won the 2011 MVP; which means he would’ve won five-straight MVPs. Read that again. If Apex LeBron didn’t officially commence in 2011, it did the next year. By 2013, he had won back-to-back titles, MVPs, and Finals MVPs, joining Bill Russell and Michael Jordan as the third player to have accomplished such a feat. History will show that Shaq only won one regular season MVP, which is very misleading when you remember how dominant he was at his peak. He should’ve won multiple; instead, he saved his best for the biggest moments. Shaq’s playoff performances from 2000 to 2002 rank among the all-time greatest. Look at his scoring/rebounding averages in the NBA Finals over this stretch — 38–17 (2000), 33–16 (2001), 36–12 (2002). In 15 Finals games over this span, Shaq notched 40 points and 10 rebounds, five times; 40 points and 15 rebounds, three times; while topping 40 points and 20 rebounds, three times. Let’s agree on one thing — Shaq is the most dominant player in NBA history. 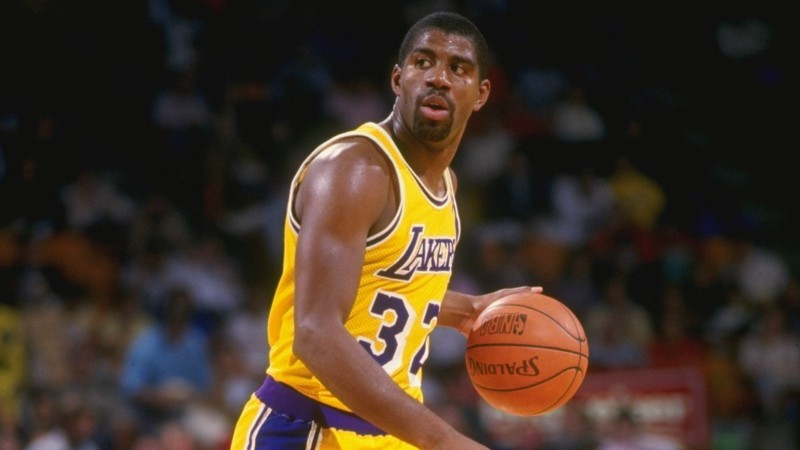 We tend to forget that halfway through the Bird-Magic era, there wasn’t much of a debate as to who the alpha-dog was. By 1986, although each had three championships and two Finals MVPs apiece, Bird bested his rival when it came to regular season MVPs, having won three-straight to Magic’s zero. That all changed in 1987. If Magic was intent on leaving Bird’s camp with no rebuttal, he delivered. After being named the regular season MVP, Magic won the NBA Finals MVP, beating Bird’s Celtics to boot, giving Magic more Finals MVPs and titles than his rival. Thus began his peak. He would win the title again in 1988, before winning back-to-back MVPs in ’89 and ’90, submitting arguably the greatest five-year peak in league history. Winning three-straight MVPs in the ’60s, as Russell and Wilt did, is one thing; accomplishing this feat during the most-talented period in league history, is something else entirely. Basketball Jesus did just that from 1984–86, a period in which many of the NBA’s all-time greats were at the peak of their powers. It’s worth noting that Bird’s greatest statistical season came in 1985 (28 points, 9 rebounds, 7 assists), the same year that Boston lost to the Lakers in the Finals. Had a few plays gone differently, Bird would’ve achieved an unprecedented trifecta, i.e. three-straight MVPs, Finals MVPs, and championships. If so, he would’ve placed atop this list. 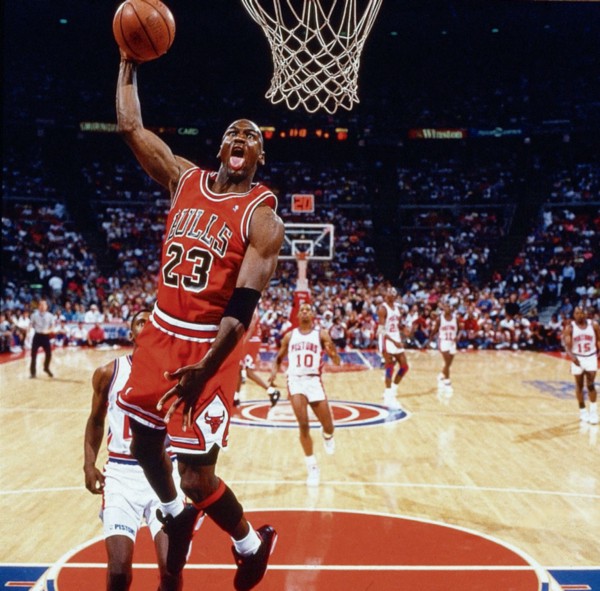 MJ won his third and fourth-straight scoring title in ’89 and ’90 by averaging 32.5 and 33.6 PPG, respectively, before ascending another level in 1991 to reach his apex. Over the next three years, MJ led the Bulls to three titles, won back-to-back MVPs, and three-straight Finals MVPs. As if this isn’t enough to cement this period as the greatest five-year run in NBA history, he was robbed of the ‘93 MVP, despite posting better numbers than in his MVP-winning campaigns the two years prior.