The NBA-Holes Column: The Worst Teams Midway Through The Season 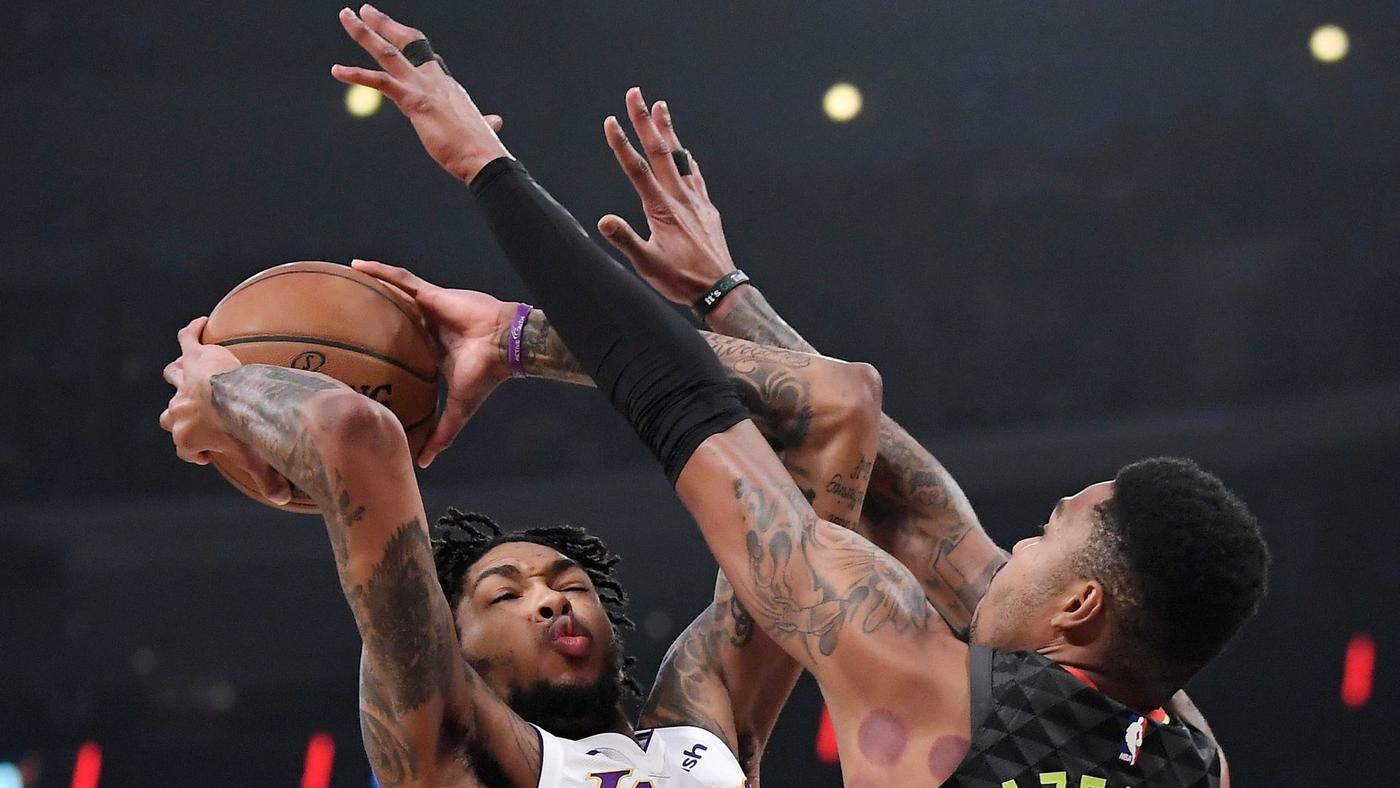 The NBA season has officially reach the halfway point of the 82 game season. Over the course of the next week we'll take a look at the note-worthy teams and players thus far. Dishing out mid-season awards for the best (and worst) in the NBA. To kick things off a look at the worst teams and speculate who is in the running for the #1 lottery pick this year.

The Hawks seem like the easy pick at 11-31. Not only because they have the worst record in the league but also because they have no talent on their roster aside from Dennis Schroeder. They traded away Dwight Howard for the expiring contract of Belinelli and the worst Plumlee brother while still never recovering from Al Horford leaving to Boston. They play hard and as a team on a nightly basis but simply do not have any talent you would find outside of a G League team in the future. Maybe John Collins can be something moving forward but this season seems like they will be in the lead for the lottery combinations.

The Magic are so interesting because they began the season on top of the Eastern Conference with a new style of play that seemed possibly too good to be true. Turns out it was in fact. After starting out 6-2 the Magic are now 12-31. It took them 8 games to reach 6 wins. To get another six it has taken them an astonishing 34 games. It does not help that all of their point guards went down with injury, which let to a tailspin and have not recovered since. Aaron Gordon and Elfrid Payton give the team a chance to be in some games, especially when Evan Fournier decides to show up to the game, but their inability to defend anyone on the perimeter (28th in defensive rating) has been their downfall and will continue to be until they gather some better wing talent.

Yet again the Kings are projected to be in the lottery. At 13-29 once again they will be playing for ping pong balls for the rest of the season. One would have hoped that the departure of Boogie would have made room for a team to get better. It turns out that they are still in the thick of another bad year. They are ranked dead last in defense and much of it has to do with their perimeter players and their inability to defend in a team concept. They have the talent to be a decent team between Trilly Cauley-Stein, DeAaron Fox, and my brother from another mother Harry Giles; but it’s still the case that they are young and quite undisciplined. The silver lining looks like it might be Bogdan Bogdanovic who appears like he might be a good pro for a couple years, especially when paired with Fox. The Grizzlies might have the most grim outlook going forward -- they are old, slow, are wasting great talent, and fired a great, young coach. It’s hard to judge this team especially when their all-star caliber point guard is not playing, but they are not losing games because a lack of talent. Tyreke Evans is playing quite well and has nights that show why he was rookie of the year. In addition to that, Marc Gasol is still one of the best centers in the NBA but he seems unengaged and unwilling to play even after the coach with whom he was feuding was ousted. They also have fallen into a bad spot in that they are unable to really tank because they don’t own their own pick so they might just have a year of misery then try to leverage Gasol over this next offseason for some young talent. Add that to the albatross of a contract for Chandler Parson, who is currently averaging 8 ppg, 3 rebs and 2 assists and making $94 million over 4 years. Effectively financially locking the Grizzlies into their current roster.

The Los Angeles Lakers might be the most talked about bad team in the entire league. While they have a winning streak of 4 games, it’s the case that this team is really quite bad. They have too many forwards and not enough competent guards. They play with incredible pace but also give up a ton of points. They have, every year for the past 5 years, said that they are going to use this young talent to make something and alas are still here at the bottom of the barrel. They are trending upwards, especially with Lonzo Ball and the potential of Kyle Kuzma but they are still too young to win games and they have to hope that they can draw in some big names next summer or they will probably continue to be this bad.

Great post, Lakers will be okay if they can add a free agent this summer, Kings are just always bad, will go to a game in a month.
Hawks were so good a few years ago, went bad very fast

The Hawks had 4 All-stars just a few years ago and now they are the worst team in the NBA. Lebron basically imploded their team!