The NBA-Holes Column: Blake Griffin & The End to Lob City 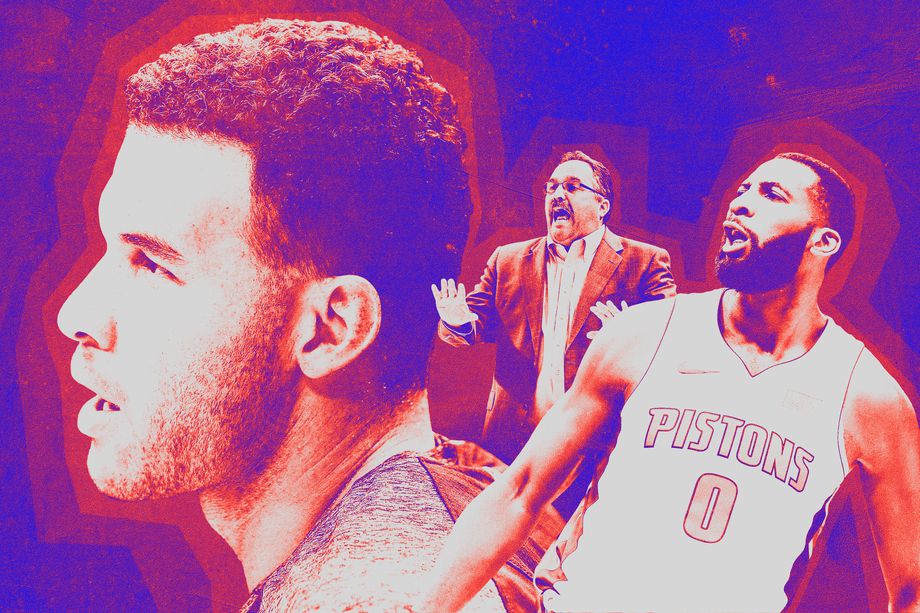 The moments after a superstar defection are often filled with comedic regret, and so it was that the lights dimmed at Staples Center on June 30 and the public-address announcer flashed forward in time, the year is 2029, to Blake Griffin’s jersey retirement ceremony. “Tonight, we’re honoring a lifelong Clipper,” the P.A. announcer bellowed, as the No. 32 was lifted to the rafters. Andra Day sang “Rise Up” with a choir that evoked the Kia Optima and the dunk contest long ago, when Griffin leapt onto the national stage, the savior of a team that never had one.

Just 7 months ago the Clippers laid out the red carpet, along with all the bells as whistles the Glit and Glam city of Los Angeles (and Hollywood) is known to drum up. He signed a 5 year $173 million deal this summer. He is in the first year of an absolutely huge five-year contract that will pay him about $35 million per season -- and almost $39 million in 2020-21. The season when he turns 32. He has a scary injury history. One reason he is not the explosive player he was in his early years. But to trade a player just a few months into resigning him, along with the song and dance the organization put on this summer. It makes you wonder where things went so wrong.

At the start of the season there was a sense around the organization, that even though they had traded Chris Paul, the team was still a competitive team. The Clippers were prepared to give Griffin and DeAndre Jordan a couple more years. They probably wouldn’t win a championship, but they’d surely compete, and maybe a few of the Western Conference elites would fall off. Then the season began. Griffin tore his MCL, Gallinari tore his glute and Patrick Beverly was lost to knee surgery. Jordan, Austin Rivers and Milos Teodosic were sidelined as well. The top teams in the West did not stumble. The Rockets surged. The Wolves emerged. The Spurs held steady. The Thunder re-signed Russell Westbrook. And, of course, the Warriors remained unbeatable.

On Monday, the Clippers made a move they put off for a long time. They were not trying to deceive Griffin when they cued the choir. If anything, they might have been trying to deceive themselves. In July, a club may believe it can withstand the loss of Chris Paul and keep chugging. By January, reality hits. No one in the Clippers offices—especially not Ballmer or Rivers—wanted to trade Griffin. They wanted to retire his jersey. But they already succumbed to their own sentiment once. Now Blake is off to the Detroit Pistons.

Griffin is coming to the charred remains of a basketball team. The Pistons have been in a 3–12 tailspin since losing point guard Reggie Jackson to an ankle injury in late December. He was the only player on their roster who could create his own shot and run an NBA offense. They had to gut what was left to get Griffin, sending their leading scorer (Tobias Harris) and best two-way player (Avery Bradley) to the Clippers. Andre Drummond is their only other above-average starter. Jackson isn’t expected back until mid-February at the earliest, which would have been too late to save the Pistons’ season if they hadn’t made this trade. The 28-year-old is changing with age. He is no longer as athletic as he once was, but he’s a much more intelligent and well-rounded player. He rarely operates in the midrange anymore. He takes the majority of his shots either at the rim (43.1 percent) or behind the 3-point line (32.4 percent). Griffin is averaging a career-high 5.7 3-point attempts per game and shooting a career-low 48.8 percent from 2-point range. The two numbers even out. His 55.3 true shooting percentage is less than one point below his career average.

The Pistons got the best player in this trade. Griffin has played his entire NBA career with a Drummond-esque rim-running center, though Drummond is a way better passer (and worse defender) than DeAndre Jordan. They can fit. But Detroit risks paying a ton of money to mimic the Chris Paul-Griffin-Jordan triptych, though with Reggie Jackson in the role of Chris Paul. Gulp. There is more to this for Detroit but it is almost impossible to see any path to anything above a kind of "super-mediocrity" topping out around 50 wins.

And it's important to remember: maybe super-mediocrity, with multiple playoff appearances in the middle of the Eastern Conference, is OK for the Pistons. They have obviously considered that endgame. They are struggling to fill a new arena, at risk of missing the playoffs for a second straight season. Being the Joe Johnson-era Hawks might be a great outcome for them.

It took a franchise like Detroit: middling, desperate to win, desperate for relevance, content with being a pretty good playoff team as long as Griffin and Drummond stay together. Regardless, this is a good deal for the Clippers. The pick from Detroit is top-four protected. I'd still bet on Detroit missing the playoffs this season -- they are four games back in the loss column, a big margin at the 50-game mark -- so the Clippers have a good shot at snagging a lottery pick.

An era ended Monday. They might want to tone down the next free-agent recruitment ceremony, unless they’re prepared to offer a no-trade clause with it. In swapping Griffin for picks, young players and cap flexibility the Clippers are hoping to rebuild on the fly. There are possibly more moves to be made. Only time will tell. The future is uncertain, but that may be more promising than what it was before.