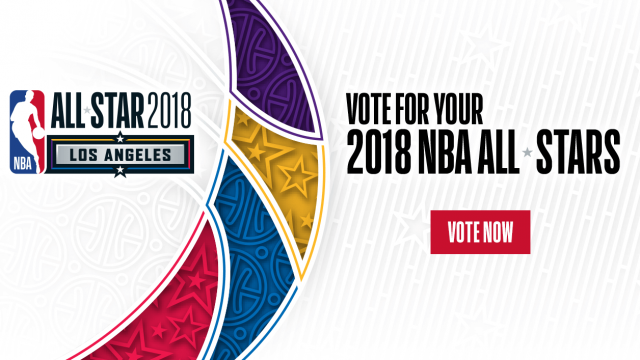 As the NBA nears the halfway point, All-star voting is in full swing. In fact voting closes on Jan. 15 at 11:59 p.m. ET. Before the starters are released on Jan 23rd, here are my picks for the East All-Stars.

Giannis is without a doubt an All-Star starters for years to come. Winning the Most Improved Player award last year, Antetokounmpo has continued his meteoric rise with an MVP-caliber season this year. While the Bucks are only 22-20 it has not stopped the league from recognizing how incredible he has been this year. He currently is 2nd in east frontcourt all-star voting behind none other than Lebron James. Antetokounmpo is literally a one man fastbreak, taking him all of 3 steps to go half the length of the court. No one can stop him in one-on-one isolation. He should be an All-Star starter this year in my opinion.

For the 14th season in a row Lebron will be playing in the all-star game. He will be tied for 6th most all-star selections along with Jerry West, Karl Malone, and Micheal Jordan. If he is selected next year, he will only have Kobe and Kareem Abdul-Jabbar ahead of him in NBA all-star games. Lebron is continuing to work his way up the ladder in every statistical category. Already one of the best players in NBA history, Lebron shows no signs of letting up. He is still putting up a "Lebroner": 27-7-7 instead this year it is 27-8-8. His greatness has become commonplace so much so that we have come to expect it. At least the fans are still showing their appreciation by voting him in for a 14th straight time.

While the first two frontcourt picks are no-brainers, deciding the final starting frontcourt players is up for debate. Players such as Kristaps Porzingis (NYK), Kevin Love (CLE), and Al Horford (BOS) have all been key players for their respective teams, no one quite embraces the modern NBA like Embiid. After 3 years of tantalizing snippets showing incredible potential wedged between multiple injuries, Embiid has finally been playing consistent ball this year. Although he has dropped off slightly in production over the last month, the fascination with Joel makes him the best bet for starting the All-Star game this year.

You have to give Kyrie a lot of credit for his off-season trade request. Irving was an all-star talent during his days in Cleveland, but was the Robin to Lebron's Batman. Very few thought he could be the #1 option on a championship contender. Since his arrival in Boston, it is pretty clear he was ready for a bigger role. Nobody other than himself thought he that type of player, or could become that type of players. Many saw him as a shoot first point guard who did not make others around him better. While he is still a shoot first guard, he has improved his facilitator ability this season. Leading the Celtics to the best record in the East. Without question he is an All-star starter this year.

It is ironic that within most the NBA circles, the starting East backcourt play for the number 1 and 2 teams in the Eastern Conference. Each and every year Derozan seems to add a new dimension to his game. This year it is a reliable 3 point shot. The last four years DeRozan has average 30.5%, 28.4%, 33.8% & 26.6%. This year almost 37%. Adding the 3-point shot to one of the best pure scorers in the league has had some chanting MVP for DeRozan this year. That may be a little excessive, regardless DeRozan is worthy of being an All-Star starter.