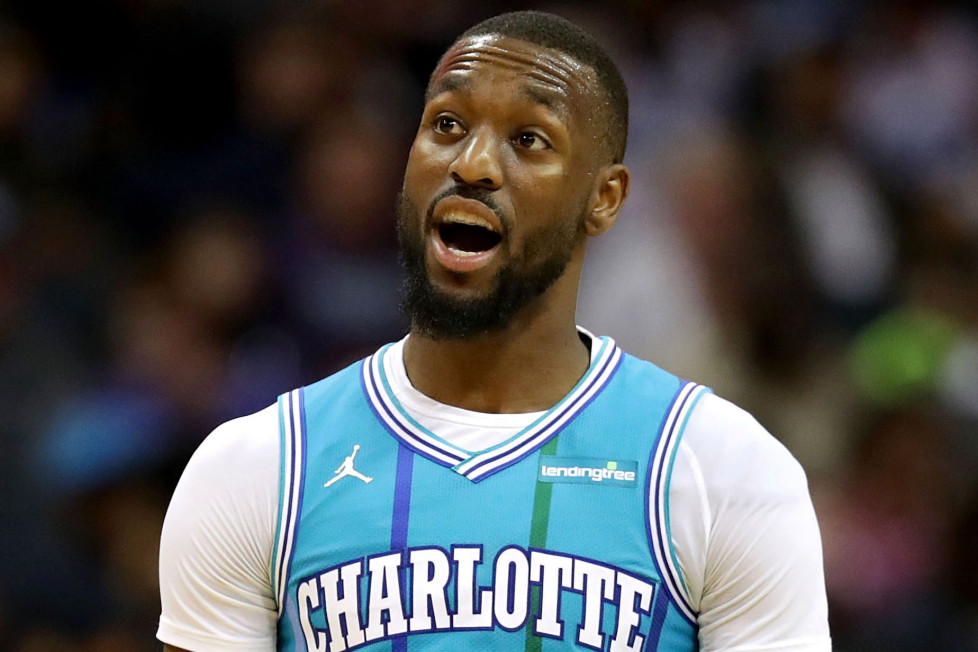 After an offseason filled with superstar trades and an abundance of talent movement, it seemed as if the NBA was inching towards a calmer trade deadline this year with no stars moved. This was until Adrian Wojnarowski dropped a Woj bomb Friday afternoon, announcing that the Charlotte Hornets have now put star point guard Kemba Walker on the trading block.

The news raises a few questions to the mind of an NBA viewer. How good is Kemba Walker, a one time all star who has made the playoffs only twice in his career? Does this signal that the Hornets are tanking and looking to end the Steve Clifford era? And in a point guard heavy league, which teams are willing to trade for the Bronx native?

The first question: Kemba’s importance to any Hornets’ success cannot be understated. When he’s on the floor, the Hornets outscore opponents by a very good 5.2 points per 100 possessions. When he’s on the bench, opponents outscore Charlotte by 12 points per 100 possessions, easily what would be the worst net rating in the league. If the Hornets move Walker, they will likely become the worst team in the league with no other positive offensive players.

That doesn’t make Kemba a necessarily efficient scorer, but a team can build a nice offense around him taking most of the shots. Kemba runs the 4th most pick and rolls in the league, and ranks in the 89th percentile in the league as the pick and roll ball handler. For a team with almost no ball spacing, this is remarkable. Just watching Kemba around Dwight Howard screens with no space near him is painful, yet he is still such an effective ball handler on such plays. He is creative enough at layups to score inside at an alright rate, but with Marvin Williams, Michael Kidd-Gilchrist, and Nicolas Batum as his floor spacers, it doesn’t always matter. This has resulted in many Walker layups over three men at once.

Even with the frequency of these contested layups, Walker is an one of the league’s best pick and roll handlers, and even though he’s inefficient, it’s mostly a result of the lack of space around him. Just to get space on a pull up three he needs screens from both Marvin Williams and Dwight Howard here, and it’s still contested.

Even with no space on the floor around him, Kemba has an offensive rating of 107, compared to what would be a league worst 95 when he’s on the bench. There is no understating the importance he has to the Hornets offense, and what he could bring to a team that has actual shooters and ball handlers around him instead of players who can’t do either.
Defensively, Kemba is not a liability. He’s good at fighting over screens to contest shots. He can stay in front of defenders although he’s not the quickest with his feet. He’s not a very good pick and roll defender (ranks 32nd percentile in the league), and teams know it: No player has had to defend more pick and roll possessions per game than Walker, with 6.5 defensive pick and roll possessions per game. But the Hornets have a top ten defense this year, and a very good defensive rating of 103 when he’s on the floor.

This brings us to our second question: Is this it for this era of the Hornets? Michael Jordan is famously awful at drafting, and his picks the last few years have not helped. Since picking Kemba, Jordan and GM Rich Cho have picked Michael Kidd-Gilchrist over Bradley Beal, Noah Vonleh over Dario Saric, Frank Kaminsky over Myles Turner and Devin Booker, and this year Malik Monk over Donovan Mitchell.

They have given Kemba no help to alleviate the offensive load he is forced to carry each year, and now have an aging roster with almost no high upside players. It’s time they push the reset button, a hard move with a great coach in Steve Clifford who has gotten the most potential out of the strange rosters given to him each year, with two playoff appearances in the last 4 years. But the team has decided that in the year of a stacked draft, with Kemba playing great ball, and with no other star talent on the market, trading the point guard and tanking is the best way to move forward.

There is no arguing with this logic. Given the lack of speculation about trade movement, Walker’s prime age of 27 and incredibly favorable contract for this year and next, the Hornets may have found the best way to leverage their one true asset. The first team anyone would think of is Cleveland. The Cavs are struggling, and with a recent report featuring multiple veterans questioning the talent of the team, it seems like Walker would be a nice move for the team.

The problem is he doesn’t really change the identity of the team or offer them a new defensive piece to challenge the Warriors. When Kyrie Irving was put on the trade block back in July, I hypothesized that a combination of him, Batum, and Kidd-Gilchrist could get a deal done. Now this deal seems like it would have been a sham for Cleveland: Batum is shooting less than 30% from three, and Kidd-Gilchrist has not been the defensive stalwart he was expected to be.

ESPN’s Kevin Pelton suggested the Hornets move Walker for Isaiah Thomas and the upcoming Brooklyn Nets 1st round pick which the Cavs own, and there is some merit to this move for both teams. Although the Cavs move on from their only future asset, Kemba is under contract for next year if LeBron decides to leave, and a team led by him and Kevin Love could be more serviceable moving forward than “backing up the truck” for a clearly hurt Thomas. The Hornets get a nice draft pick likely to be in the top ten of the first round, and an expiring Thomas contract that wouldn’t hurt their cap space long term. I am still skeptical this is the best use of the Brooklyn pick for Cleveland.

The problem is, although there are other teams that would want Kemba, I’m not sure how willing they would be to move on from their own assets. The Knicks would love Walker to return to his birthplace and pair him in what would likely be an unstoppable pick and roll with Porzingis, but the Hornets would likely demand rookie point guard Frank Ntilikina in return. Frank is a rangy 6’6, has been unbelievable defensively so far with a capable shot, and he’s only 19 years old. He is worth much more than a year and a half of Kemba.

But if they were somehow able to pry Walker without giving up the French rookie, he would be a perfect fit as the ball handler to complement Ntilikina’s reticence dribbling. New York would likely have to give up this year’s first rounder in a stacked draft. I doubt Charlotte would want the surprisingly good Tim Hardaway Jr., who is getting paid more than Kemba now. It doesn’t seem like a deal would happen without Frank.

Which other teams could use Walker? New Orleans would love Kemba, but have absolutely no assets to move to get him. Utah is a team that has struggled mightily offensively and could use a second ball handler to pair with Donovan Mitchell, although it would be an undersized back court. If the Hornets want to take flyers on young wings Dante Exum and Rodney Hood and take back Ricky Rubio’s contract and lack of shooting, they can go ahead, but it doesn’t seem smart. Detroit is an obvious fit, but the Hornets would have to be happy taking back disappointing lottery picks Stanley Johnson and Luke Kennard and hope they can turn it around in Charlotte.

Maybe Indiana wants to pair Kemba with Oladipo, but other than Oladipo, Sabonis and Turner, that team is bereft of young talent or assets to give up. Maybe last year’s first round pick TJ Leaf and a pick would do it, but a mid first rounder for Kemba doesn’t seem right. San Antonio would be a fascinating fit for Kemba in the Tony Parker role, but almost all Spurs are much more valuable to Popovich than they would be to Charlotte.

There is one ridiculous deal that might send NBA twitter into a frenzy. Philadelphia could use another shooter and ball handler on their offense to stagnate with Ben Simmons and Joel Embiid. Number one overall pick Markelle Fultz has a hitch in his jump shot and is a mystery to the entire league, as he came into the league as such a high floor prospect because of his versatile game, driving ability, and defensive prowess. Do the 76ers punt on him now to Charlotte to get a great point guard in Kemba who fits as a shooter and screener next to Ben Simmons and a ball handler to take off the load?

Would Charlotte be willing to bet on what seems like a head case player who changed his shot stroke for absolutely no reason? A Fultz-Walker deal straight up would be fascinating and potentially successful for both teams. Any team that bets on Walker will receive a passionate playmaker who can make even the most stagnant offensive players be part of a successful offense as he has done in Charlotte. As the only player close to franchise level talent on the market, the entire NBA is on the lookout for where he goes next.