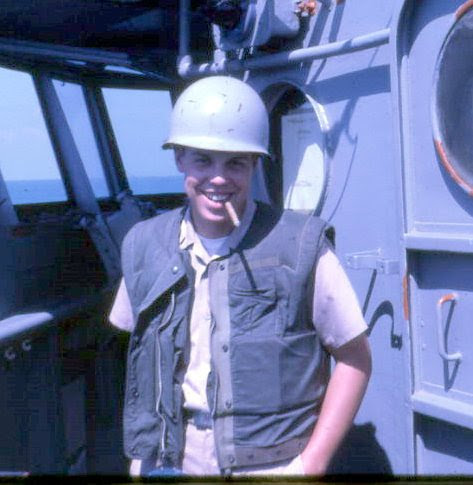 Here in the States, there is a National Holiday called Veteran's Day, and it is held in honor of the six percent of our population who are military veterans. If you include their families as well, a lot of people participate on this day in remembering their loved ones who have been or now are in military service.

But I don't want to be too serious here and sound like a lot of other commentators about our veterans. Instead, I want to tell a little story about where I was and what I was doing 50 years ago on Veterans' Day. And I also want to talk about one of my former brothers-in-arms, a man who always brings a smile to my face when I think about him. His name is T.D. Sullivan, and he is, without a doubt, one of the most memorable characters that I've ever become friends with.

I first met T.D. at Officer Candidate School in 1966. On my first Sunday night there, it was my job to empty the trash cans in each of the rooms that were occupied by the members of our company. When I got to T.D.'s room, I found him passed out on his bunk, which was strange because for our first month we were restricted to the base and alcohol was off limits. His trash can gave him away, however, because it was filled with a half-dozen or more empty bottles of mouthwash, the kind that had some alcohol in it. Apparently, by drinking a lot of mouthwash, he was able to get a buzz on. Two of our new classmates helped me get T.D. into a shower to sober him up. I knew right then that we would become good friends. I was 23 years old at the time, and T.D. was a couple of years older than me. We were not only the two oldest guys in our company, we were also the most out of shape. At OCS, the rule was that our entire company had to jog as a group from one building to wherever the next class was. Within a few days we got in trouble because T.D. and I were always way behind the rest of the group. The solution, of course, was to put the two of us up front to set a slow enough pace that we stayed together as a group, although we were the slowest company by far.

One other thing about T.D., he was in OCS because of a big misunderstanding. Back in his home town of Wichita, Kansas, he was in the Navy Reserve, after first serving four years of active duty as an enlisted electronics technician. After one long weekend of drinking with his best friend, who also happened to be a Navy recruiter, T.D. signed up for Officer Candidate School with the understanding that after four months at OCS he would return to his reserve unit in Wichita as an officer. For reasons we can only guess at, what he actually signed up for was another four years of active duty after he received his commission. The entire time we were at OCS he was submitting letters and forms trying to get out of his four year commitment. It didn't work, however, and after graduation he was ordered to report to the aircraft carrier Constellation in San Diego. My orders were also to San Diego, to the destroyer Hopewell, where I was to be the officer in charge of the electronic technicians, who all turned out to be as crazy as was T.D.

I got released from active duty about six months before T.D. did, but he then followed me to the University of Houston, where we both received Doctor of Jurisprudence degrees and began practicing law, but with different firms. I'd like to divert here to some stories about our participation in some Saint Patrick's Day parades in T.D.'s four door Lincoln Continental convertible, but I've already gone on too long and haven't even gotten to the story that I want to tell you. 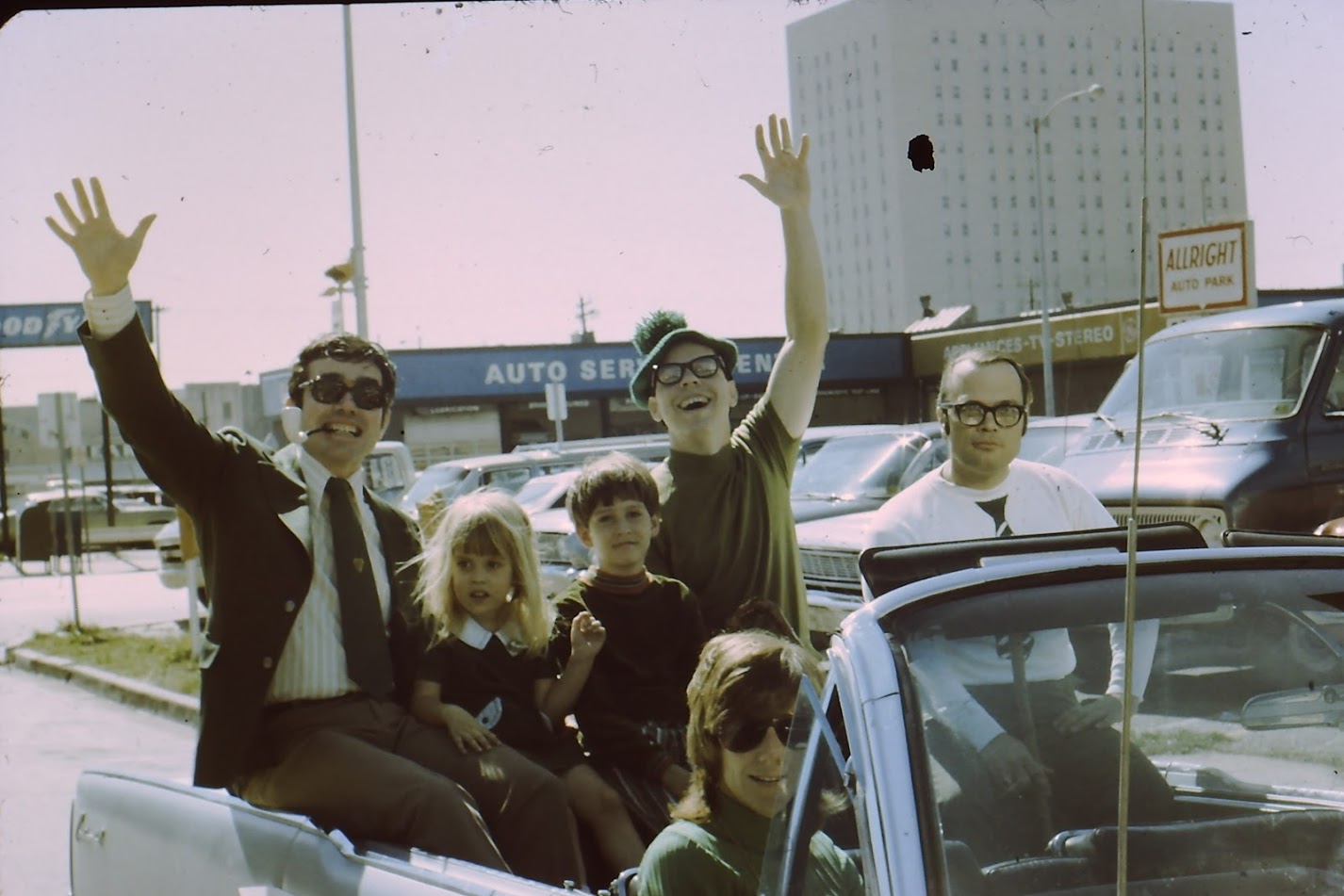 So, let's go back fifty years, November 11, 1967. For the past six days our destroyer had been operating independently in I Corp, just below the DMZ in Viet Nam. Our mission was to provide gun fire support for the 12th Marine Regiment who were engaged in firefights along the coast. At midnight, as that day 50 years ago began, our ship began firing one five inch shell every minute at locations sent to us by the Marines. It was called H&I, Harassment and Interdiction fire.

At midnight we were firing to port, which offered my best chance to catch a little sleep. You see, Pete Bittle and I shared a state room on the port side. Our room was tiny but it was orders of magnitude more comfortable than the enlisted crew's accommodations. Our bunk beds were right against the side of the ship, and my top bunk only allowed about twenty inches of headroom, preventing me from being able to sit up in my bunk. We each also had a tall locker for our clothes and a desk that we shared. It was a small room with only enough floor space for one of us to stand at a time, but, as I said, it was a five star hotel compared to what our crew had to put up with.

There were two major downsides to our cabin, however. One was the fact that just forward of us was the ammunition handling room for our number two gun mount. And whenever the big guns were being fired, that room was maned by several strong sailors whose job it was to take the big projectiles, along with a huge brass casing filled with powder, and send them up a deck and into the gun mount that would send the 55 pound projectile up to 18,000 feet from the ship. It was hot and noisy work, but somehow Pete and I got used to the noise and were able to get a little sleep even during the long nights of H&I firing.

Eventually, our ship had to reverse course and begin firing to starboard. That caused another problem with our sleep. When the number two gun mount was fired to starboard, the large, heavy brass shell casing that had held the explosive that sent the projectile flying would be ejected through the bottom of the gun mount where it would crash onto the deck. You can probably imagine how loud that sound was when the empty casing crashed into the metal deck only 20 inches from where I was trying to sleep. And that is how I spent the first four hours of Veterans' Day, fifty years ago. According to a copy of our deck log for that day, we expended almost 400 rounds that night.

During the day we continued to provide fire support for the Marines, expending another 100 or so rounds at various times and in various locations along the coast in I corps. That evening we were detached from the gun line and proceeded to Yankee Station, which was in the South China Sea about 50 miles from North Viet Nam. Our orders were to join Task Group 77.4. It was just before midnight on that same day that we joined four other destroyers who were providing a screen to protect the largest U.S. carrier in the Gulf of Tonkin at that time. It was the USS Constellation.

At midnight I went on watch on the bridge of the Hopewell. Recently, I had qualified to be an Officer of the Deck, the OD, and so I became the senior officer of the ship who was awake and in charge during that midwatch. As an aside here, let me say that the responsibility that I felt to be the OD on a navy destroyer in a war zone, with over 300 men who trusted me to not make any mistakes for the next four hours while they slept, was the greatest responsibility that I've ever had to respond to.

About an hour after I began my watch, the forward lookout let us know that we were receiving a signal from the Constellation. At the time we were under radio silence, and so all of the communications between our little group of ships had to be done by flashing light. As it happened, we were the only destroyer who was in a position to see the flashing light coming from the carrier. I immediately began to worry that a signal would be given to reorient our screen, and our ship would be responsible for coordinating it. As a new OD, and the junior one at that, I sensed that my first big challenge as a destroyer-man was about to take place.

Our signal man decoded the message and, with a puzzled voice, said, "They want to know if there is anyone on the bridge called the Gouge."

I'll cut to the chase here. Back at Officer Candidate School, the nickname that T.D. had given me was the Gouge. (How that came about is a long story that we don't have time for here, but it isn't important to this story). As soon as I heard that name come from our signal man, I knew that T.D. was on the bridge of the Connie. As it turned out, he had recently received his own qualification as OD. So that that crazy, drunken Irish madman was, at least for the length of this watch, in charge of this massive aircraft carrier out here in the Tonkin Gulf. And here I was doing the same job on a destroyer providing protection for him. For the next 30 minutes or so, using our signal-men's flashing light code skills, T.D. and I exchanged information about our favorite bars in Olongapo and Hong Kong. I still wonder what the other destroyers were thinking about the long series of signals between us and the Constellation.

There's more to this story, but my point here has to do with Veterans' Day and the military. Today, when I think about the women and men in our nation's armed services, I keep in mind that they are people not all that different than T.D. and I were back then. When we first arrived at OCS, as any petty officer can tell you, we didn't know shit from shinola. But the military has a way to train and inspire people who were like T.D. and me, civilian goof-offs with bad attitudes about authority. In a very short period of time, the navy turned the two of us into people who, when they had to, were extremely well trained and could act like responsible people capable of doing very difficult and dangerous things. The military gets the credit for that, not T.D. and me.

Although I rose to the rank of lieutenant commander while still in the reserves and going to law school, I was not in any way cut out for the commitment and discipline that it takes to be a truly professional military person. And it is to those great men and women and their families that I dedicate Veterans' Day each year.

Thanks. Since I no longer am in contact with my old Navy buddies, I don't have many people to tell my stories to. So it is nice to hear that you liked it.

As we used to say in the Navy, "Men belong on ships, and ships belong at sea."

That’s hilarious! My time in the Air Force was similar. There were always people doing things you wouldn’t expect from supposedly highly trained and disciplined professionals.

If the Viet Cong were picking up your signals, they must have been just a bit confused.

After I posted this story it occurred to me that my flashing light conversation with T.D. was probably the only time that he and I "talked" during which he was sober. :-)