This mated pair of Bobwhite Quail just came wandering out of the underbrush to give me a long stare-down. 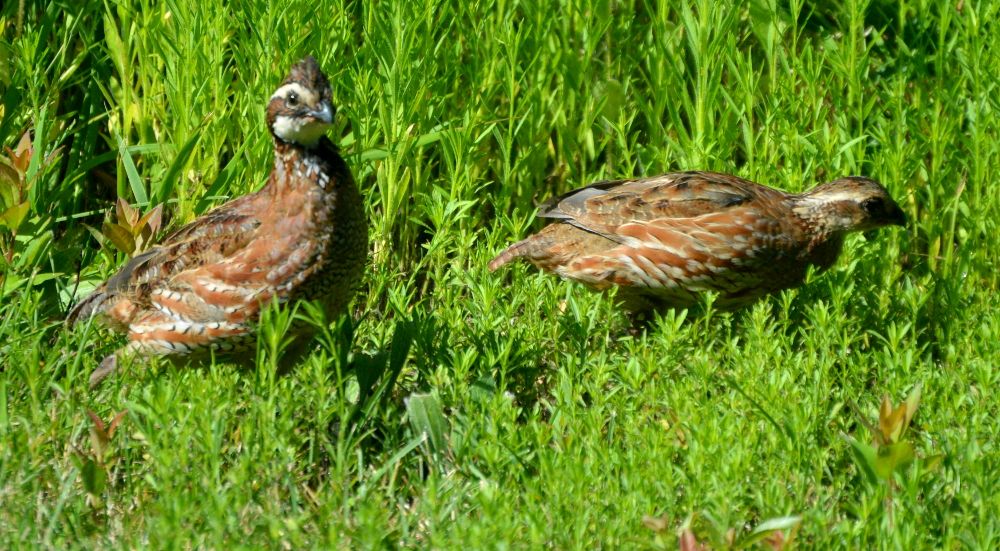 I thought I'd seen about every bird species to be found around here, from plovers to osprey, but this one was a surprise. (Before the dawn of Pokemon we had bird-watching.) I suspected they were quail, but The Wife helped me identify them for sure. "Hey honey! Come here and have a look at these fat ground sparrows..." She's excited because she's wanted to raise game birds for a while, and has done so in the past with ring-necked pheasant. But this is the first time we've encountered a species like this in the wild. (Or rather, outside my office window.) She's probably googling already to see if we can find a source of eggs to increase their numbers.

A quick check with Audubon shows that we're at the northern edge of this bird's "uncommon" range. I'm hoping this pair has a nest laid somewhere nearby. With clutches of 12-16 eggs, we could have a fluffy crowd of these little fellows wandering around in a month or so. 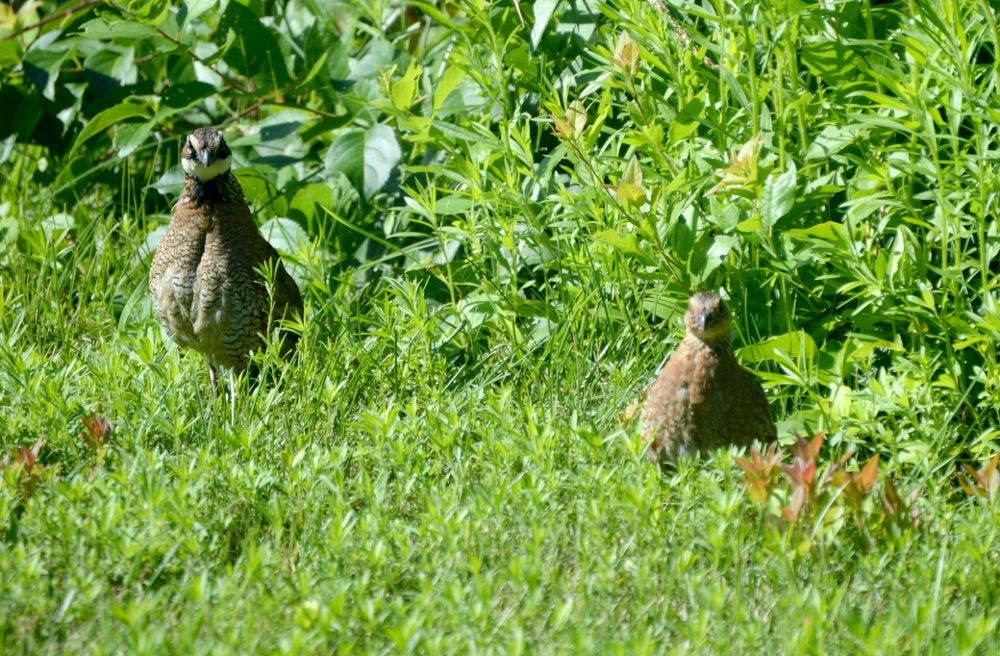 I wish I could identify birds. We have a lot of interesting ones here in Connecticut.

The Internet makes it a lot easier than it used to be. There are even apps to identify birdsong!