10 Amazin' Facts About the Creosote Bush 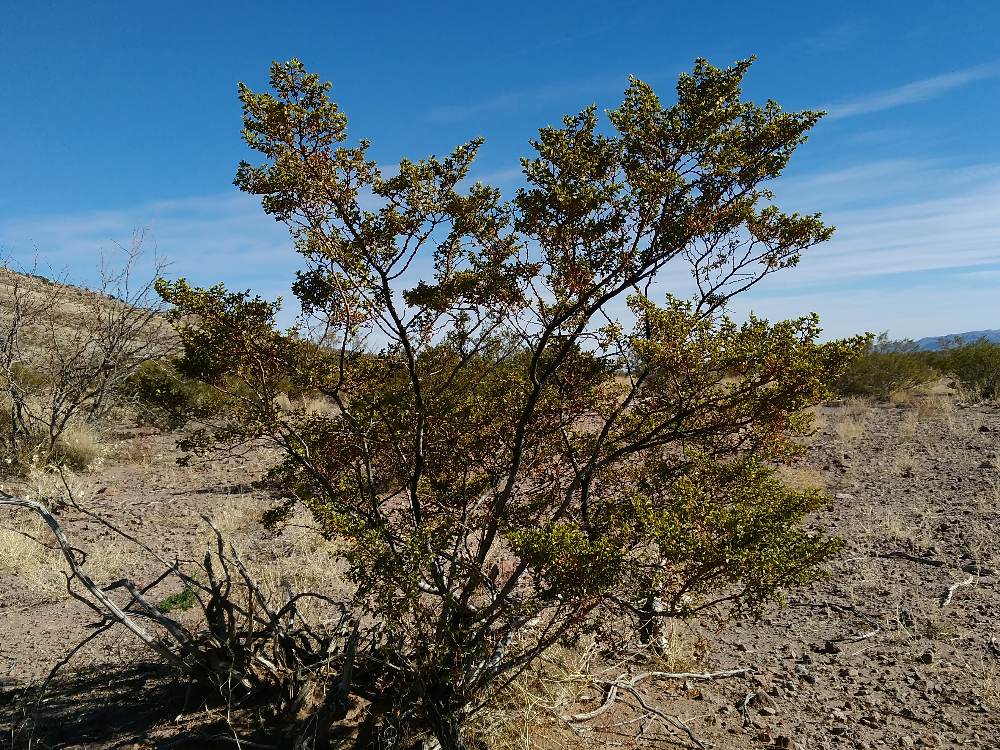 Vandwellers and others in the US Southwest and Mexico seen a lotta creosote bushes. Shit's all over the goddamn place!

Some other names for creosote bush are greasewood and chaparral. In Spanish, it's called gobernadora and hediondilla. Scientists and stuckup gardeners call it Larrea tridentata.

But here's 10 amazin' facts ya didn't know! Leastways, Vanholio didn't till he decided ta dig around and educate hisself.

Creosote is distilled from oil or wood tar. Creosote bush got its name 'cause it smells kinda like actual creosote, 'specially when it rains. Pungent! That's why some Mexicans call it hediondilla, which means "little stinker."

2. Native Americans and others use it for medicine. NDGA (nordihydroguaiaretic acid) is an antioxidant that some studies have shown to slow or stop cancer growth. Tons a that shit in creosote bush oils! Other studies have shown NDGA to increase lifespan in mice and mosquitoes (like that's a good thing!). Yet other studies contradict, and scientists are concerned NDGA causes kidney damage. So stay tuned and don't start drinkin' the creosote bush Kool Aid yet.

Creosote bush's got lotsa other traditional uses, as you can imagine, from roof thatching to firewood. But here's the coolest in Vanholio's estimation: It burns down to a blue-green ash that was used as a colorbase for tattoo ink.

5. Some think that creosote bush King Clone is the oldest living thing on Earth.

Creosote bushes can clone themselves. Basically, a bush's inner stems die, and it's outer ones keep thriving. This starts an expandin' circle of clone bush, kinda like how ringworm does. It's called a "clone colony." The oldest one known is King Clone in the Mohave Desert in California. Ol' King Clone is estimated at 11,700 years old and has a 67 foot (20 meter) max diameter. If ya consider a bunch a clones the same as one original thing, then it's the oldest alive. 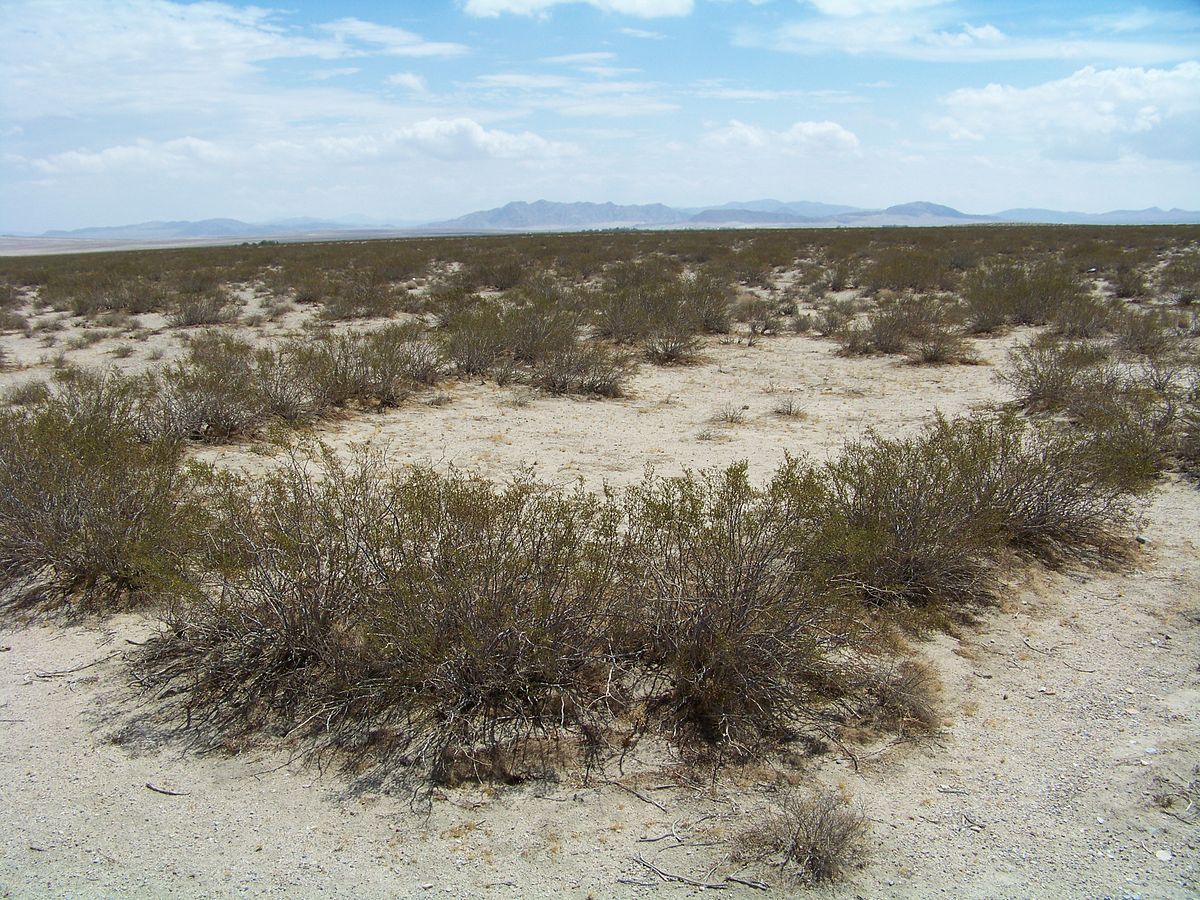 6. It's found in all three major Southwestern US deserts.

Creosote bushes are a common shrub in the Mohave, Sonoran, and Chihuahuan desert. They're found in Nevada, Utah, California, Arizona, New Mexico, and Texas. Lots in Mexico, too.

7. Creosote bushes survive because they taste bad and go down hard.

Well, in truth they got other survival features, too. But tastin' bad helps keep the grazers away! All kinds a critters'll nibble, but they won't eat much. And when they do, the leaves cause a tummy ache and pass rough. Only one known creature can fully digest creosote bush leaves, and that's the creosote grasshopper, genus Astroma. Even today, Native Americans'll gather up a bunch a creosote bush lac bugs, Tarcardiella larrea. They'll crush 'em and boil 'em down to get the reddish-brown lac. This lac has been used as a glue for all kindsa things: fixin' arrowheads ta shafts, fixin' broken pottery, sealin' stored jar lids … Hell, in recent times, it's even been used ta fix cracked engine blocks! It's like nature's Super Glue.

9. Tons a creosote bush is a sign a degraded range. 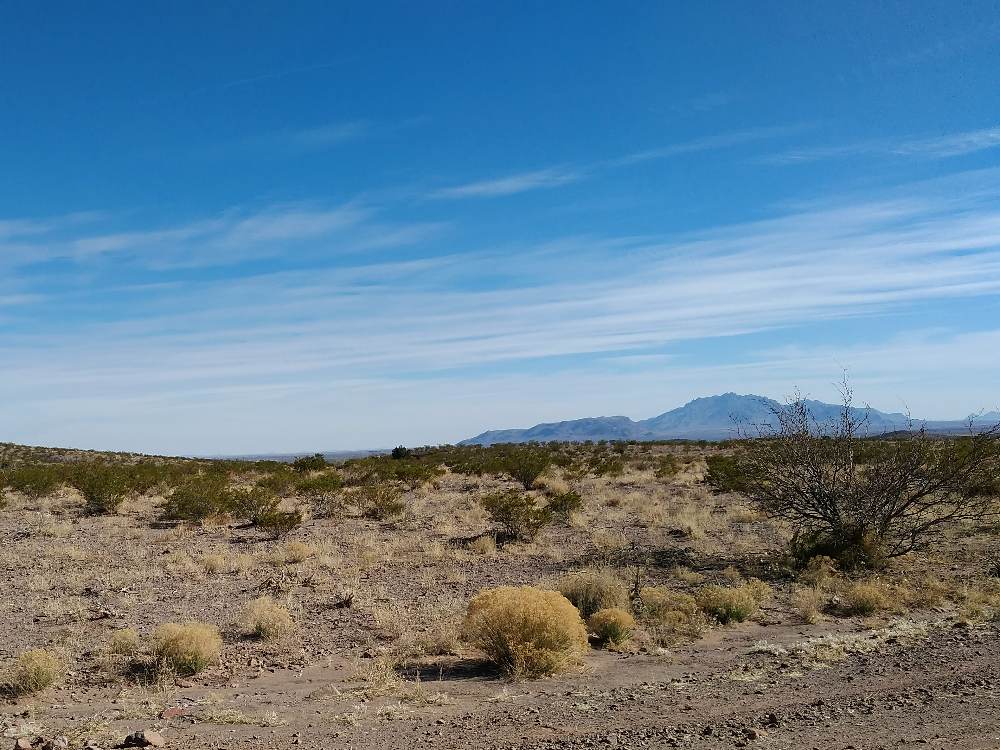 10. Creosote bush is a newcomer to the US Southwest.

Scientists think creosote bushes started inta the Lower Colorado River area about 17,000 years ago. Then at the end of the last Ice Age, they started movin' up inta the Mojave Desert, then inta the Sonoran, arrivin' in the Chihuahuan Desert only about 4500 years ago.