🌕🌑 This January 31st, witness the #SuperMoon of blue blood. Here the schedules and places where you can see 🌑🌕 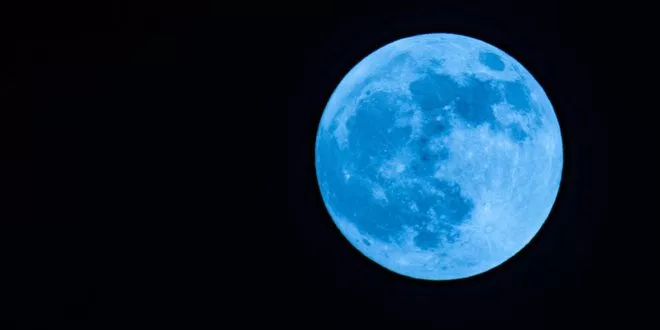 Three astronomical events will occur simultaneously on the night of January 31. It will be about what some call the supermoon of blue blood: something like a metaphor for the nobility in lunar phenomena.

The last time this could be observed was more than 150 years ago, on March 31, 1866. That is to say that we will be facing an event that our grandparents and great-grandparents may have witnessed: a supermoon of blue blood that occurs because three precious phenomena take place in the celestial vault:

The moon of blood, which is the color that the moon takes when an eclipse occurs, product of the earth being placed between the moon and the sun. The Earth's atmosphere filters the blue and green light from the sun's rays, leaving only the red one to pass. That is why the moon is dyed rozija: the red of all the ameneceres and sunsets of the world.
The blue moon, which is the second full moon in the same month according to the Gregorian calendar, something that only happens every two and a half years, approximately.
The supermoon, or "full moon near the perigee", which is the moment when the moon is closest to our planet due to its elliptical orbit. Approximately twice a year, a full moon is perfectly aligned with the Earth and the Sun so that the shadow of the Earth completely blocks the Sun's light, which would normally be reflected in the Moon, explains NASA.

According to the Time and Date portal , it is best to see the supermoon of blue blood when the star just rises over the horizon, for which they provide users with a calculator to know at what exact moment they should go out to see the sky. In this link you can use it.

While some consider that the superluna of blue blood warns a prophetic meaning around the world events that are happening now, others are limited to thinking of the phenomenon as an exquisite moment to delight in nature.

Thanks steemians I hope you like it. Stay informed! 🙏

The “introduceyourself/introducemyself” tag is for creating initial, first introduction post that tells us about you. Users are encouraged to use this tag exclusively for that, and not to reuse it.

Welcome to steemit @th3highcultur3. Join #minnowsupportproject for more help. Type in the comments of a post @OriginalWorks and it will help you verify that content is original.
Transfer SBD to @treeplanter to plant trees and get an get an upvote in exchange of your donation (Min 0.01 SDB)
Upvote this comment to keep helping more new steemians
Transfer SBD to @tuanis in exchange of an upvote and support this project