Disclaimer: This blog is inspired by the Super Moon

The internet has been filled with news about the event of the Super Moon. Majority of the people around the globe are excited for it, had been looking forward to seeing it as it has been noted as the closest the moon could get to our planet, Earth.

While it was noted that the Moon is already at its closes to the Earth's orbit and while my Facebook news feed is now being flooded with photos showing the circle of light above our heads, I on the other hand is sitting in front of my computer because it is cloudy here in Cebu and I can barely see it, plus I don't have a telephoto camera. But then, I got inspired about writing about the moon because of this event. Yes, the Super Moon inspired me to write about something, and that's about itself.

There are multiple reasons why it is not good to miss the Super Moon. Here are some: 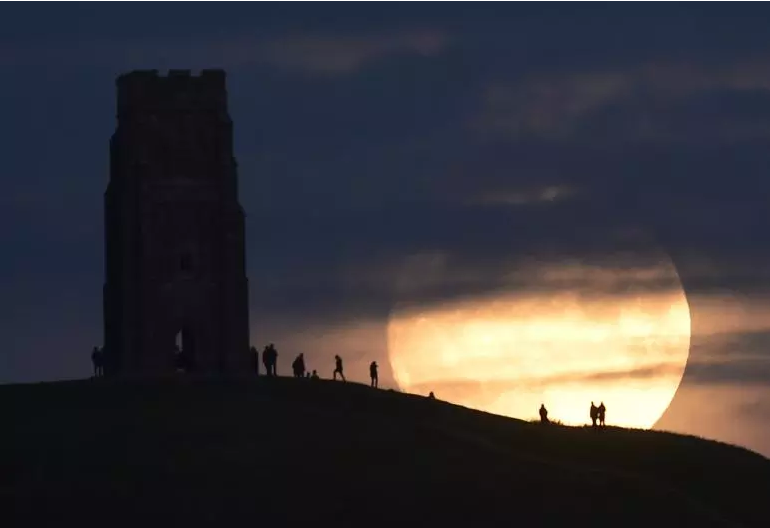 If you are a photography enthusiast, a nature lover and someone who appreciates the beauty of God's creation, this is something that you don't want to really miss. The shots which you'll get with your telephoto lenses will definitely give your audience the "Awww" moment, this is given that your camera is capable of zooming 300 times, telephoto lens indeed is needed to get a good shot of this romantic creation.

The beauty that the moon gives us is something unexplainable, I know there's no such thing as unexplainable but I bet you understand that term. But what I am stating here is that we can't fathom and truly unmask why we refer it as beautiful.

The moon unlike the Earth doesn't have any creature in itself aside from those craters and grayish colored sand or dirt perhaps, I am not really sure what they are. It could be dust from the Earth or rocks which I have no idea how itself can beam out light and I don't want to also find out why. You know, there are things which is better left unknown sometimes. One of them is about the Moon but it is just mesmerizing to see something away, almost unreal but still beautiful.

It is Socially IN! Did you know that base on the Global Social Media Statistics, 68.3 percent of internet users were social media users and these figures are expected to grow. And that makes social media as the best tool for marketing and sharing anything. Even non sense stuffs are becoming trendy and would even excel in interactions and favorites!

So being able to witness the Super Moon and take your photos on any social media would definitely boost your own social media presence. Don't forget as well that there are strategies on how to get better interactions when sharing these photos you have taken and posted on social media. You can have a not so good photo but labeling, tagging and hash tagging is perfect, then you are good to go. Very good photo but not to good description will still hit. However, if you're photo is so-so then description and other stuffs isn't right, you'll just be keeping that within your time line.

But rest assured that if you share your images with the Super Moon, you'll surely get interactions, someone will like, comment and even share them on other different platforms. I might actually get lots of buzzes with me sharing this blog on STEEMIT, who knows perhaps Miss Hillary will give me a five star rating for this blog!

It will Not Happen Again Until 2034 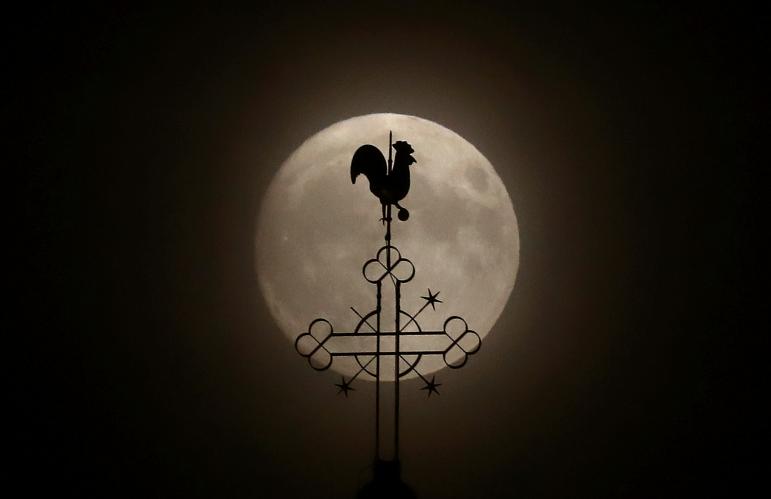 This is perhaps the best reason why you don't want to miss it. It might be the only Super Moon that you'll witness in your entire life span. Oh Oh! But the clouds were bummers, kill joys and etchetera for covering the skies and so I am not able to see it.

Well, it is just sad that it is cloudy in this part of the Earth, the rest of the world are really lucky they got to see it with their own naked eyes. But then I read an article stating that a new chance will happen next month, on December 14th where we will get to see the final Super Moon of 2016. The last Super Moon happened on 1948 by the way and I am sure there were only cheap photographs of the huge ball that time so since this generation has better camera lenses, the photographs will definitely turn out better as well. Those are the three reasons why it is not good to miss this Super Moon however, I am pretty sure there are more people who were not able to witness it because of the cloudy sky or perhaps because they don't have an idea that this is happening in the first place.

Aside from those reasons, I would like to also talk about other things about the magnificent moon. Things I questioned myself of and wondered what this moon is really made of, why there's moon in the first place and how we are benefiting with this ball, hundreds if not thousands of miles away from Earth?

First, What is the Moon Made Of?

Way back when I was still small and my tiny brain can't still comprehend the art of science, I was told by my mother who I bet had a hard time explaining it to us so she made it up that the moon is like a street light, it is there to give light during the night and that it is made of thousands of lamps that's why it is shining very brightly. 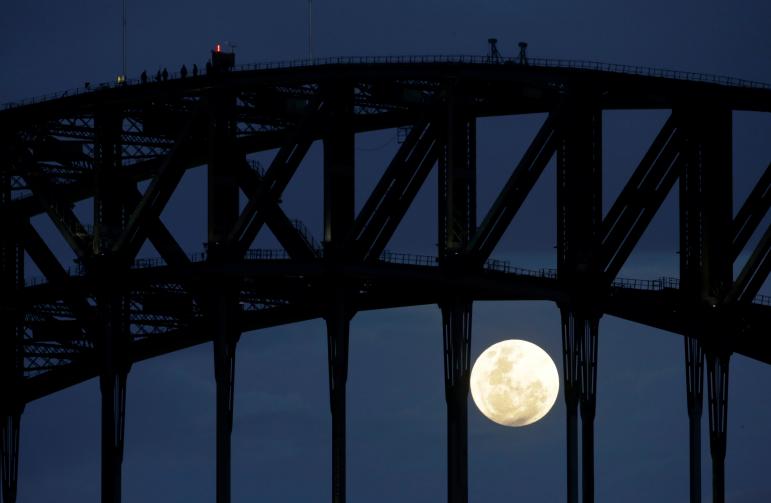 But then when I started to learn at school, I then realized it is not what my mother told me so, its way way different than what I thought it was and so I learned from my science teacher that it is made of plain rock and craters.

But today's event give me an urge of learning more about what really is the moon made of. Based on my research courtesy of the space.com, the crust of the moon is made up of concrete-like regolith, they are those asteroids and meteorites which had collided into the surface of the moon, its fine pieces made imprints into the moon's body.

It is also like the Earth which has a mantle and a core. The moon has a solid iron core surrounded by a molten liquid iron outer core. As this region melted early in the lunar life, it supplied the magma necessary to create lava plains on the surface. However, over time, the magma cooled and solidified, thus ending volcanism on the moon.

Why is There a Moon? Reading on different articles to articles, I had realized one thing, what they are telling in these articles on the creation of moon and how it has been formed are only theories, there are still questions left unanswered, theories such as:

Scientists have not really fully comprehend how this thing the humans called moon came to life. Why is it not moving its way to the Earth, why is it just rotating and not bumping into its host planet?

This makes learning through our text books all nonsense. Our science textbooks are based on the ideas of human beings who do not know everything and who often make mistakes. That’s why science textbooks change from time to time, as people discover new evidence and realize that they were wrong about certain things.

The lines of questions are unending and so I checked what the bible has to say about the moon.

Regardless of what it consists of, what it is made of, how it was made of, one thing is for sure, it has been made to give light to the Earth aside from the Sun and the stars. The moon itself gives light and again another question arises, how is it able to emit light to the Earth? 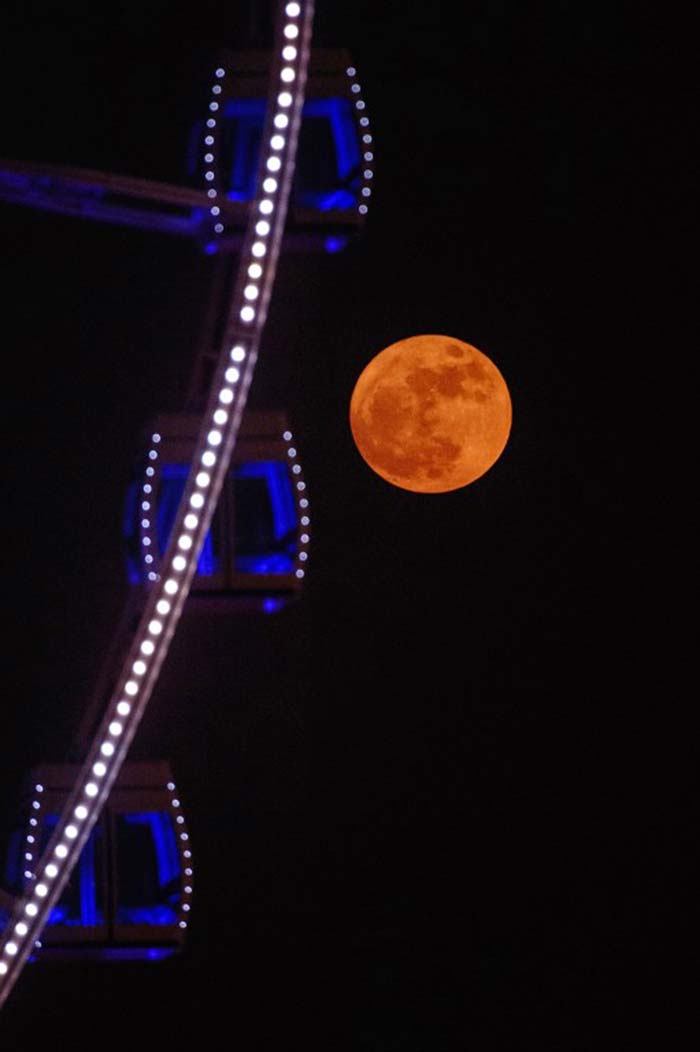 And the last question is...

How is the Earth Benefiting the Moon?

Have you ever thought how the Earth would be without the moon? How would our ancestors live at night when darkens comes? Certain consequences perhaps would have changed like Neil Armstrong wouldn't be an astronomer, vampires and werewolves won't exists and there won't be songs like Moon River and so on.

Aside from that, the greater benefits of the Earth is in the list below: The moon is slowly moving away from the Earth. As the moon orbits the Earth, its gravity pulls on the earth’s oceans, which causes tides. And its gravitational attraction on the centre of the Earth is stronger than on the opposite side of our planet. This makes ocean water bulge outward on either side of the planet. 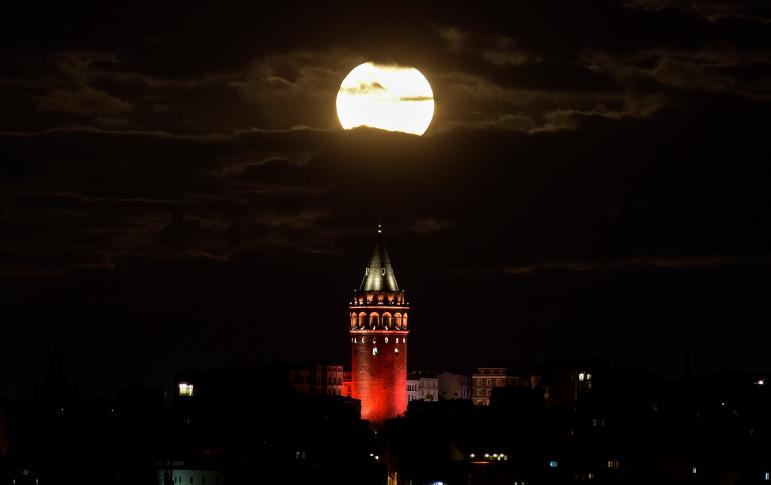 This is the reason why we have high and low tides. The movement of the moon gives us time to enjoy the sea shore and love the big waves too.

This phenomenon act as a brake on the Earth's rotation, as the Earth slowly rotates, it is also increasing the length of the day.

While we all want to work on shorter workdays, I believe that the eight to nine hours work is enough for us to do what we ought to do in a day.

As per one professor of Institure for Theoretical Astrophysics at the University of Oslo, this is the best reason why we need the moon:

Perhaps the most important effect of the Moon is the way it stabilizes our rotation. When the Earth rotates it wobbles slightly back and forth on its axis. It’s like a top, which doesn’t simply spin in a vertical position on a table or the floor. But without the Moon we’d be wobbling much more. The Moon keeps the Earth from wobbling violently as it spins.

These are just some of the many reasons why we love the Moon as much as we appreciate its beauty. I rest my case and would like to keep the moon a float there thousand of miles away from the Earth. I am good with appreciating its beauty and thanking God for giving the moon light to brighten up our dark nights.

Thanks for reading ! GOD BLESS YOU

PD: join me in this world of steemit looking my posts, rare content about this world, maybe you like it, maybe not, anyways, We can grow up together follow me and I follow you! :D

thanks for your comment and vote, i am following you too

Congratulations @pacificadz! You have completed some achievement on Steemit and have been rewarded with new badge(s) :