🌊🐟 The best underwater photos of the year 🐟🌊

The Underwater Photographer of the Year contest shows each year the winners of underwater photography, whose images show a variety of wildlife, environments and archaeological delights that can be found under the waves; "Under the sea", as the famous song of 'The Little Mermaid' would say.
Each year more than 5,000 underwater photographers from all over the world participate in the contest, including China, Europe, USA. UU and Bermuda.

In 2018 the great prize was awarded to the German photographer Tobias Friedrich for his striking image "Cycle War", which shows a shipwreck full of submerged World War II motorcycles and supply trucks, with schools of soldiers patrolling above.

"I had this image in mind for some years, but it's impossible to capture it in a single photo because there is no space inside the wreck to photograph this scene in a single frame," Friedrich explained. "My solution was to take a series of images and unite them as a panorama."

The president of the contest jury, Peter Rowlands, called it "an extraordinary shot that must be seen as big as possible." "The artistic ability is to visualize such an image and the photographic talent is to achieve it", he added.
According to Peter Rowlands, "this year's entry level was even better than last year ... and that should not be underestimated last year because they left us in awe!"
The contest covers a series of underwater photography categories that include: Wide Angle, Macro, Wreck, Behavior, Portrait, Black and White, Compact or Wide Angle. 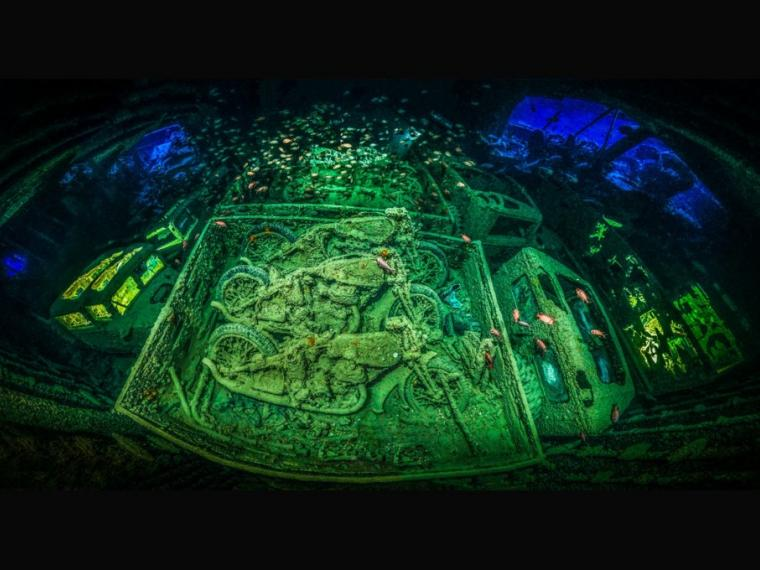 "Perfectly lit and composed, I predict that there will never be a better take on this issue," one judge said. Friedrich had to create a panoramic image and use lights to give more depth to the image, due to the restriction of space. While the photographer was filming these sea slugs, a dark eel suddenly appeared and completely changed the composition. As the judge said: "the result is a magnificent demonstration of blur that I never thought would work against slugs." 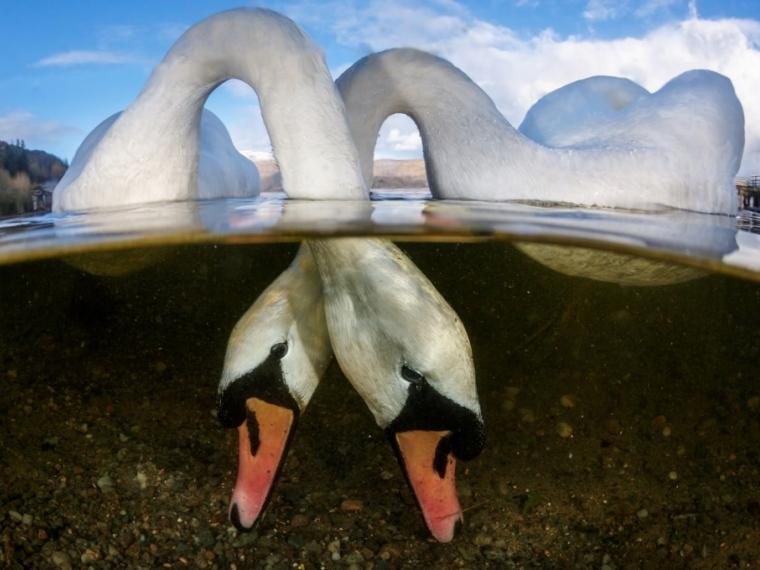 Thomas's initial idea was to frame a split shot of a swan feeding below the surface of the water, but when he noticed how comfortable they were around him, he was sure that, with some patience, he could get that magical position from the two. So it was. The pond where Gross made this picture has the highest density of seahorses on Earth, but finding three together was a real gift. One judge commented: "Shane's captivating setting offers a really fresh interpretation of this iconic theme, with three individuals against a carefully exposed backlight."