The Secret Love Life of Koalas 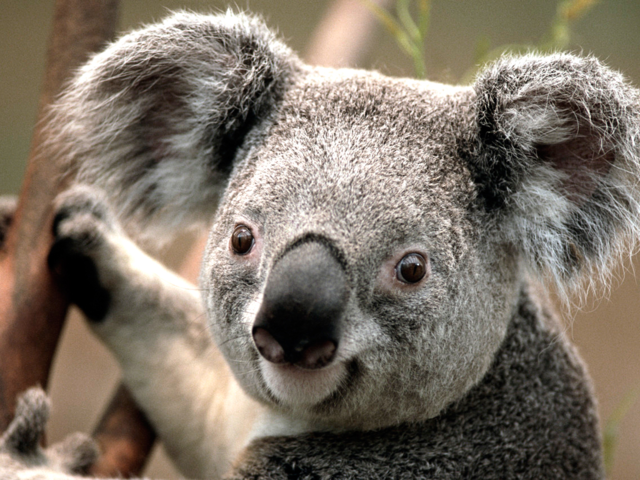 Koalas are one of the most iconic and beloved Australian animals. They are members of the infraclass Marsupialia, which is noteworthy for carrying out early development of their young inside a front pouch.

Marsupials split from the rest of the mammalian evolutionary tree sometime during the Jurassic, more than 100 million years ago. Over the aeons, they developed reproductive systems and mating behaviours that are drastically different from those of modern placental mammals such as rodents, felines or primates.

Female koalas have two lateral vaginas which lead to two separate uteri. A third canal, the median vagina, is used for birth. Like kangaroos and most other marsupials, male koalas have a bifurcated (double-headed) penis which neatly fits into the female's two lateral vaginas. To make matters even more “interesting”, the penis is positioned behind the testicles. 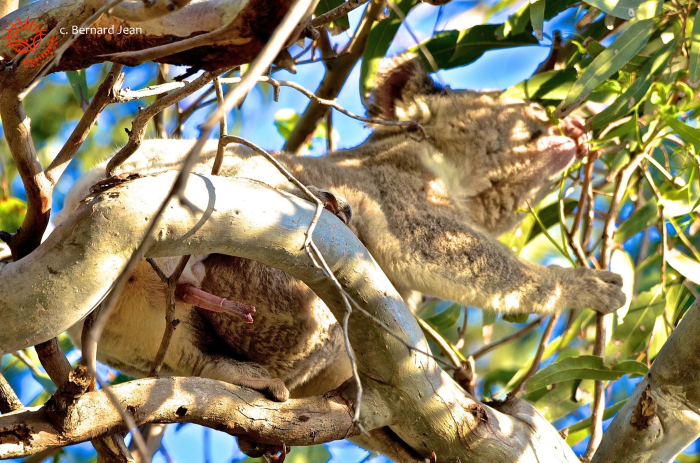 During the mating season, which occurs in the spring and summer, males make loud mating calls, called bellows, which are unique to each individual and provide information about the size of the koala.

Once the female hear a bellow she finds cute, she goes on an excursion to find the koala in his own territory. If the female finds him and accept him, the pair quickly gets to business clinging to a tree.

Koalas appear to be unique among mammals in that the male performs no courtship rituals at all. He simply climbs onto the female from behind, bites the back of her neck and briefly copulates with her, lasting only about a minute and a half. A male koala thrusts exactly 42 times before ejaculating. Every. Single. Time. Conservationists take advantage of this consistency to perform artificial insemination of individuals in captivity.

After copulation, the female returns to her home range to gestate for a little over a month; she won't begin the mating game again until her offspring is fully weaned, about 12 months later. The male, on the other hand, may go on to mate again once or twice more that season.

are these animals on the endangered species?

Officially, they are not on the endangered species list. However, they face a serious threat from loss of habitat (deforestation). That's why there are several breeding programs and conservation efforts in Australia.