the history of takengon land gayo lues in ancient times, which is now a city of nature's most beautiful place diaceh middle.

Once upon a time in Gayo land, Aceh - lived a very poor farming family. The fields they own are just a small plot so that their fields can not last for a season, while their cattle are only two thin and sickly goats. Therefore, in order to survive his family, fish farms in the river Krueng Peusangan or put the snares of birds in the forest. If a bird gets trapped in a trap, the bird will be sold to the city.

Once upon a time, there was a terrible drought. Many rivers become dry, while the plants are barren. Similarly, crops in farmers' fields. As a result, the field does not produce anything. This farmer has two children. The oldest is eight years named Elder, while his youngest brother is one year old. Their mothers sometimes help make a living by making pots of clay. As a child, the eldest son does not play naughty. He always begs for money, but he knows his parents do not have more money. When he was told to take care of his sister, he would be busy playing alone no matter what his sister did. As a result, his sister almost drowned in the river.

One day, the eldest son asked his father to go to the goat farm to the meadow. In order for many goats to eat and look fat so people want to buy it rather expensive. Tomorrow, his father will sell him to the market because they have no money. However, the oldest shepherds are lazy goats to the far pasture.

"Why do I go all the way, better here to sleep under this tree," said the Eldest. He then slept under a tree. When the Eldest awoke, it was late afternoon. But the shepherd's goat is gone. When his father asked for a goat for him, he lied to his father. He said that the goat was washed away in the river. The farmer cursed the Eldest and sad, how he bought rice tomorrow.

Finally, the farmer decided to go to the forest to hunt the deer, at the house of his wife and two children, at meal time, the eldest sulked, because at the table there is no meat as a friend of rice. Because at home there is no inventory anymore, then this incident makes her confused how to meet the wishes of her very pampered child.

Finally she told him to bring the grasshopper into the barn. (whereas previously he had ordered the mother not to open a barn containing locusts). When the boy opened the lid of the warehouse, he did not seem to be careful, causing all the grasshoppers to fly out.

While his father came home from the hunt, he looked annoyed, for not getting a deer. Then he was furious to discover that all the locusts that had been collected with great difficulty had disappeared in an instant.

Then, in a state of self-forgetfulness, his father beat his wife up to pieces and dragged him out of the house. And then cut one side (sorry) his wife's breasts, and toasting, being a friend of rice. Then the poor woman who was covered in blood and pain soon left her home.

In a desperate state the woman goes into the forest, in the forest the mother finds a stone, with the desperation of the mother asking the stone to swallow it, so that her suffering ends.

After that mother's poem with the words, "Atu split up, inu bertrow nge pad mahaying te first," if interpreted in the Indonesian language "Stone, stone dipap, has reached the promise of our past." The words "sung many times, by that poor mother

A moment later, Suddenly the atmosphere changed, the previous sunny weather darkened with lightning and a great wind, and by that time the rock split into two, slowly without a doubt the mother stepped into the center of the rock. After that the stone that was split into two was re-united.

Father and his two sons searched for his mother, but did not find her, they found only a few hairs on a large rock, the hair belonged to the mother left behind as she entered the split.

She cried loudly and called her mother until she promised never to be naughty, but her regrets were too late. Her mother had vanished into the rocks.

Folklore is a folktale that many people know in the Gayo community. They classify it as a legend, because by the gayo population this incident really happened 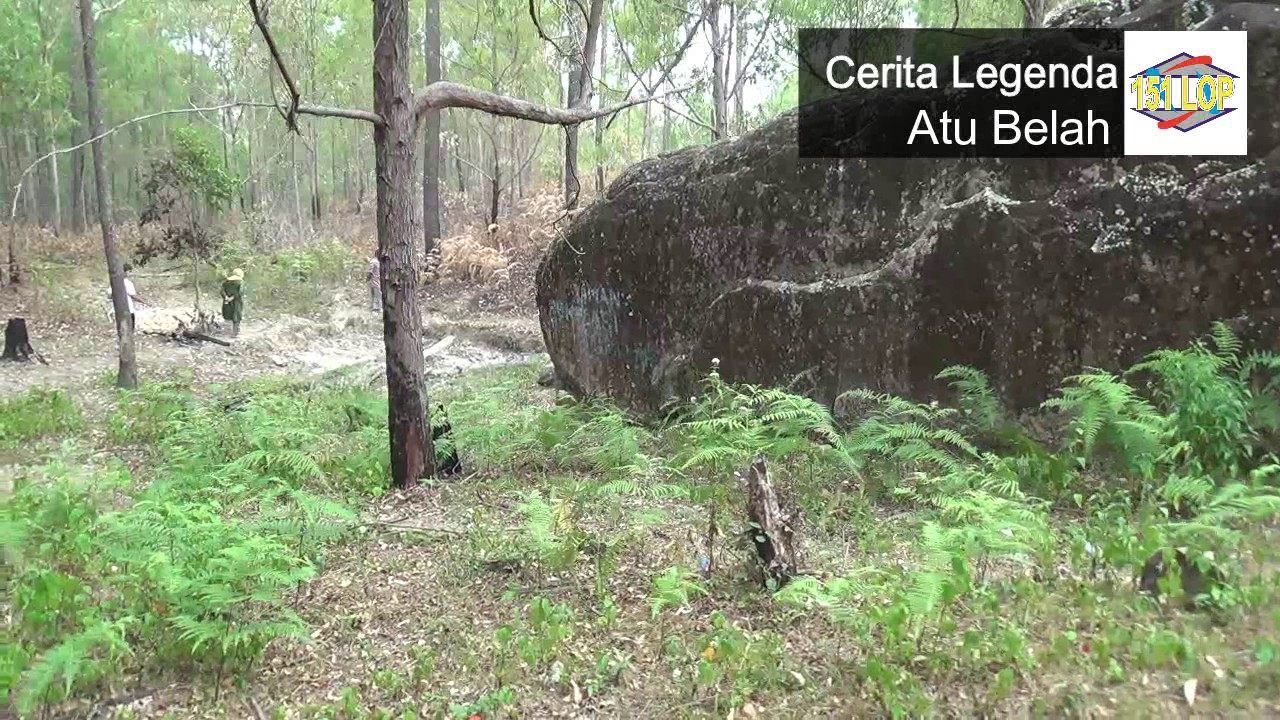 Congratulations @arib! You have completed some achievement on Steemit and have been rewarded with new badge(s) :