BEST THING HAPPENED TO ME IN MY LIFE

Having a pet of our own is one of life's greatest pleasures as they give us the love and affection that we so deeply desire. Among pets, the dogs have been man's best friend for ages, and no animal is as faithful and sincere as a dog.

I have a pet pug named Rex. He is black in colour, with a curly tail which curls twice. Rex was my birthday gift from my parents a few years ago. At first I was completely thrilled on seeing him, since it was totally unexpected, especially because my mother is not fond of pets. When I first saw Rex, he looked like a ball of fur, with tiny pair of eyes, which looked just like marbles. Since the first day, I have become very attached to him, and the bond between us has grown stronger gradually.

Every morning, I wake up with Rex's cold nose rubbing my forehead, as if he is in charge of waking me up for school. During holidays, Dad and I often go for morning walks with him. Rex is a very playful pup, and yet he is obedient and a very quick learner. he becomes ferocious when it comes to guarding our house and starts barking loudly even at the sight of a stranger, trying to scare him away. Rex's favourite food is, of course meat, but he enjoys bread, cookies and sweets equally.

Rex has become my best companion and we spend most of the time playing together or going for walks. Although I know, he would leave me someday, yet I keep praying that we remain together forever. 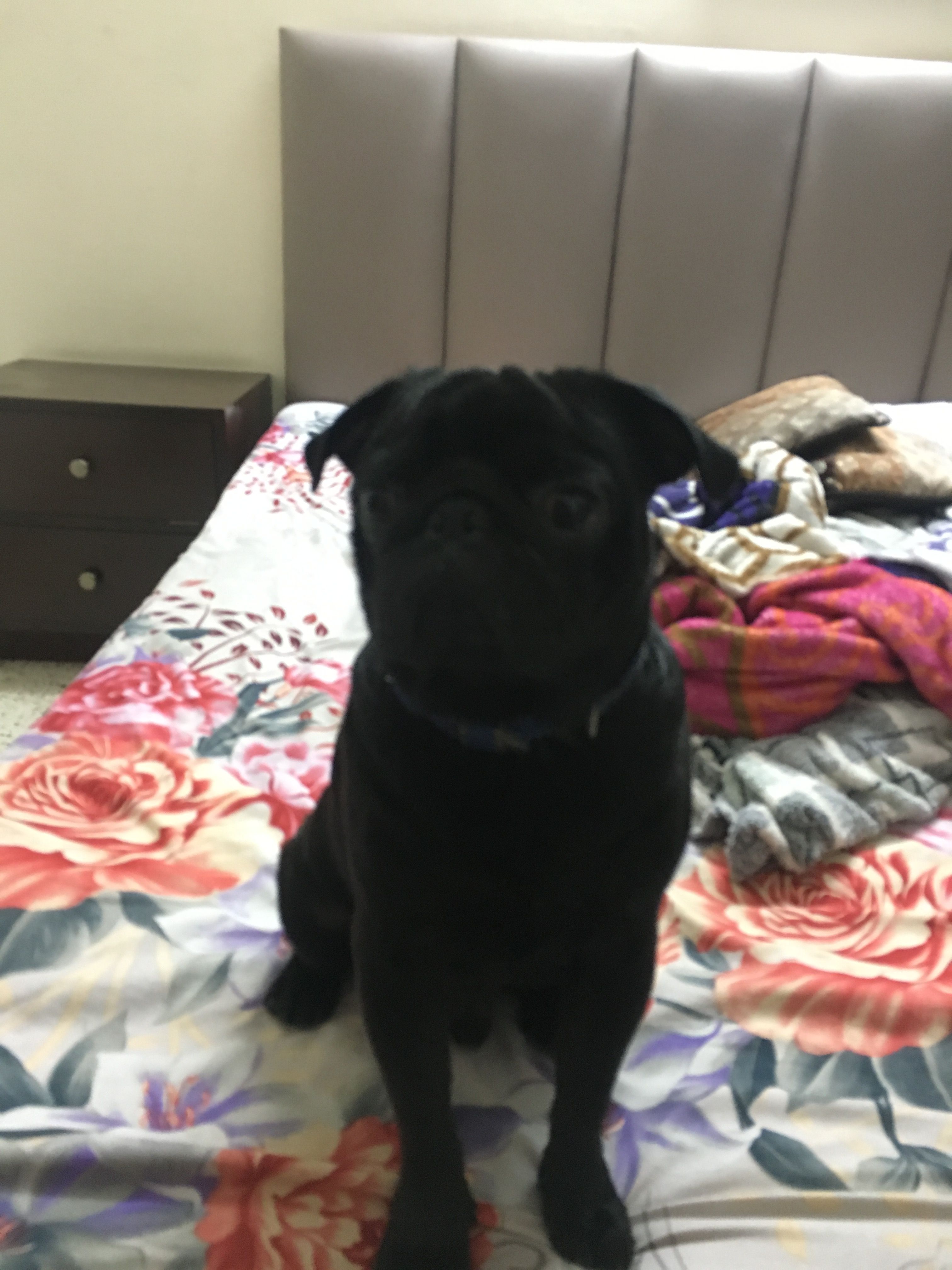