We are just Stardust 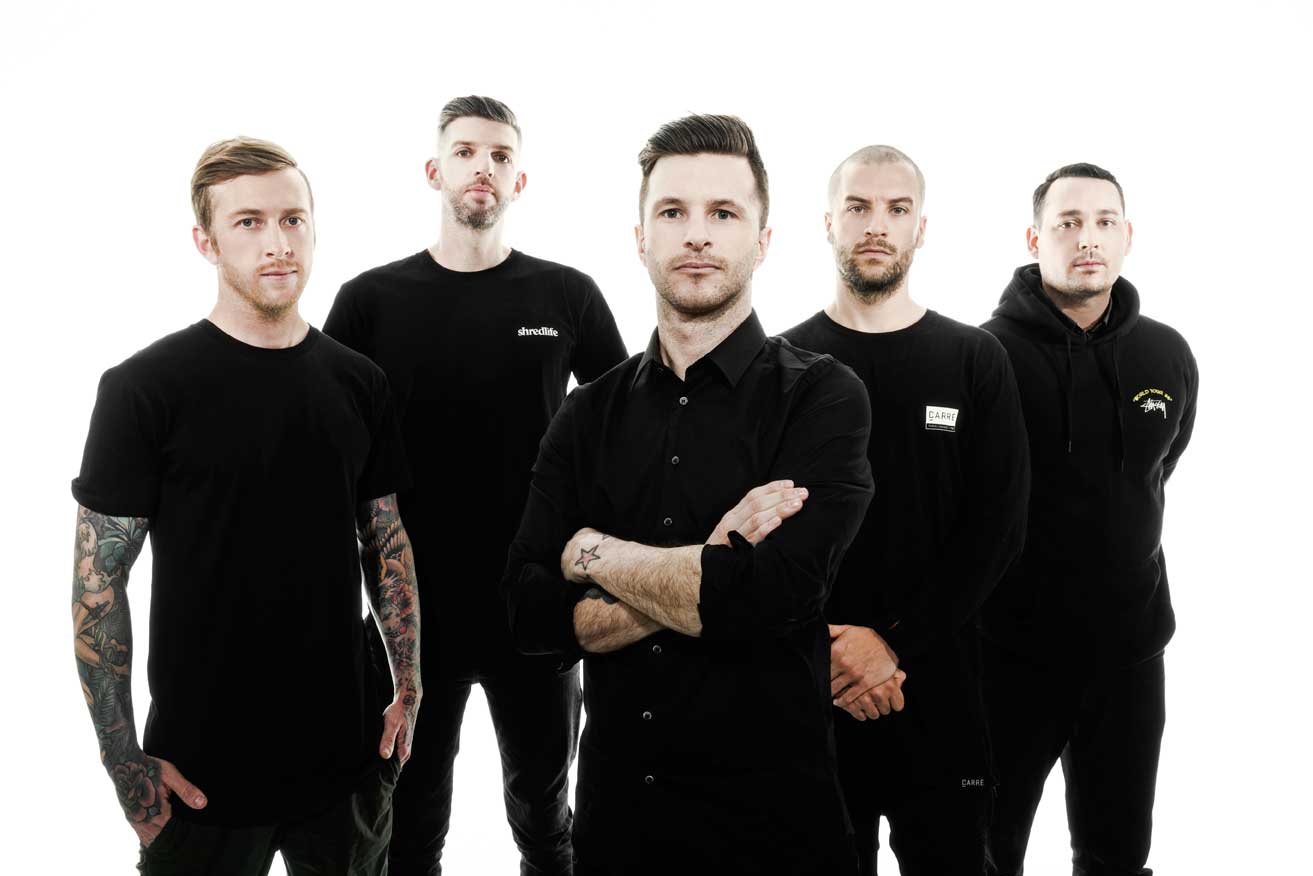 Hi everyone. My name is Josh and I sing for a band called Behind Crimson Eyes aka BCE. I am a giant nerd! I develop software, trade cryptos and sim race, but I'll spare you the boring details and stick to writing about music and the music industry.

BCE started in 2004 in Melbourne, Australia. Since that time we have recorded 2 albums for Roadrunner Records, toured with everyone from Iron Maiden and Disturbed to Silverchair and The Living End, and seen the good and bad of the music industry.

Last week BCE released it's first single in almost 9 years. Our comeback, if you will, had been spawned back in April 2017, when I was sent a demo from Liam Hennessy - who is a new addition to BCE - and it sparked something in me: a desire to once again write music.

Although the desire to write music again was there, I was not about to commit to the typical "record, tour, repeat" cycle without a grander purpose. That sounds wanky -- and it kind of is -- but as I outlined above, BCE has pretty much done it all: we've toured with massive bands, we've been signed to a big label and we've lived the "rock star" lifestyle of endless partying. That stuff was fun as hell, but perspectives and priorities change as you get older. This isn't as an attractive of a proposition now, as it was in my early 20's.

With that in mind, I proposed to the other guys that if we were to spend energy and money writing and recording new material, we had to first write a mission statement about what we wanted to accomplish -- just like a new business would. It is somewhat taboo in music to consider yourself a business, and to set goals that can be measured against data, but if you want to achieve anything in life you can either:

a) be very lucky and stumble into success OR
b) plan, prepare and be very purposeful

BCE initially found success with the "lucky" approach, but my time as a software development tech lead has reinforced the idea that b), even though not guaranteed, provides you with a greater chance of success.

The mission and vision

After some initial resistance from the guys, we each wrote down what goals we wanted to accomplish from resurrecting BCE. Surprisingly, we were very well aligned and the following is what resulted:

Inspire people to make a positive impact on the world.

The time we have on this planet in fleeting. So it is imperative that we maximize all the joy and happiness we can, not only for ourselves, but for all conscious creatures. Behind Crimson Eyes aims to inspire people to make a positive impact on the world; to improve the happiness and wellbeing for everyone, now, and in the future.

We felt that in order to set the tone for our new adventure, we needed to release a monologue that embodied some of the ideas mentioned above. I didn't want it to come from us, but from someone who had spent decades thinking about these big ideas. It just so happened that I knew such a person - a long time friend, Dr Peter Boghossian - who wrote an amazing piece entitled "Make it count".

This was something that neither BCE nor Peter had ever done before. We weren't sure how it would be received, especially in our ever cynical social media climate. But to our surprise the feedback was incredibly positive.

In order to achieve our goals, we need to reach as many people as possible. For a band, this means release a cracking track. As I said in the introduction, the only reason I had even considered doing this was the track Liam sent me immediately sparked something. Musicians, writers, artists et al. will understand this phenomenon. It's hard to explain, but when you are working on art, there's these moments where something just clicks, and it's so easy and obvious. I can't explain why, but this was one of those moments; from the first time I opened my mouth to lay down some demo vocals, the melody came to me. Equally, the lyrics flowed from my mind to notepad with ease. That's how you know you are onto something good.

It may not be everyone's musical cup of tea, but again, it has been nothing but positivity from those who do:

Stardust attempts to make the case that purpose and meaning come from life itself, not from the prospect of an infinite afterlife. Our time and how we spend it should be cherished preciously because it is limited; we should value the relationships we have, savour the moment we're in and strive to make this world a better place, because we won't get a second chance.

In order to really fulfil our aims, we decided to donate a portion of our royalties to charities that are close to our heart. We will be donating 25% of Stardust royalties to:

We encourage you all to do the same if you can afford to.

There is so much more to this story. This is just the beginning of a new era for BCE. One of purpose and grander ambition. I will try and document as much as I can here and I'm happy to answer any questions you may have.

I dont usually listen to music like this but I really like what you have done here. Great videos and concepts. Nice idea to give some to charity although I am not sure about either of those charities which is a problem for people like me upvoting. Cancer charities often just fund research into pharmaceuticals and are part of the suppression of information about what a huge role diet plays in cancer AND IN ITS HEALING as well as things like cannabis that can also help dementia.

Thanks for taking the time to read, watch and provide feedback.

We tried our best to do due diligence on the charities we chose. We referenced the Charity Reputation Index in Australia: http://www.amr-australia.com/asset/cms/2016_Charity_Reputation_AMR.pdf but we also wanted to donate to causes that had some relationship to the song.

It's never going to be a perfect allocation of funds, but we are trying our best to do something positive. Hopefully in time we work out what the best way to do that is.

perhaps you can give the 25 percent to steemit charities?

Absolutely! I'm writing to share my experience and hopefully inspire people to make a positive impact.

Do you know of any reputable charities that accept crypto? So I can prove steem is going to them?

Congratulations @crimsonronin! You have received a personal award!