Some time ago, while being on my usual journey throughout the vast and scary content of YouTube, I've encountered something different from what I have seen before. Something worth sharing. 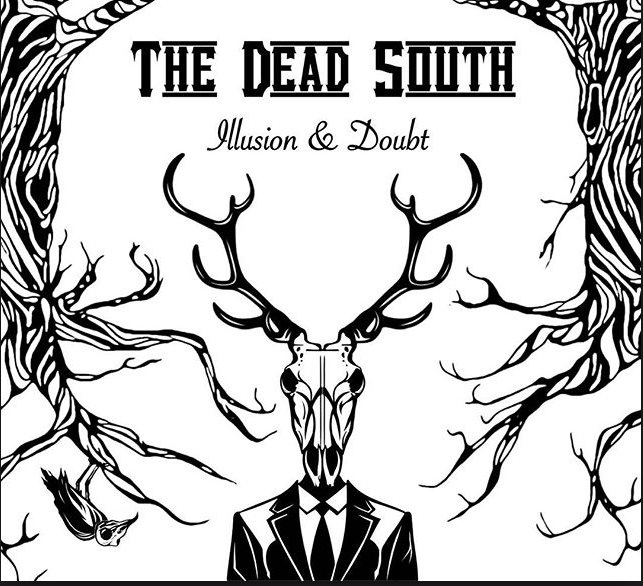 I am speaking of the band The Dead South which originally consisted of  Nate Hilts (voice/guitar),  Scott Pringle (mandolin, vocals), Colton Crawford (banjo) and Danny Kenyon (cello). The band got together in 2012 and released their first album The Ocean Went Mad and We Were to Blame in 2013.  One of the songs that I like particularly well from this album is Banjo Odyssey:

As you may hear they have a quite uniqe style. It sound like a quite familiar blend of folk and country music, yet it is somehow different from what I have heard before. Now, I am not an expert, just a guy who sometimes listens to music, so if you know something, please correct me!

The band is based in Regina, Saskatchewan (thats somewhere in Canada) but it seems that The Dead South does tour quite a lot. Just have a look at their upcoming shows: http://thedeadsouth.com/
Unfortunately the hars reality of touring have taken its toll and one of the members (Colton Crawford) could not acclimate himself to the life on the road and decided that (for sake of his health) he should leave the band. One man down the band started looking for reinforcement, and they found one by the name of  Eliza Mary Doyle . So they are still one man down. ( ͡° ͜ʖ ͡°) After the first album they released two more:  Good Company  (in 2014) and  Illusion and Doubt (in late 2016) but their big breakthrough was the realsie of the music video for In Hell I'll Be In Good Company from their second album Good Company. The video is, in my humble opinion, just brilliant:

One song that hits pretty hard is Massacre of El Kuroke which is probably inspired (or reffering to?) by the El Mozote massacre. A bloodbath that took place in El Salvador on 11 December Anno Domini 1981. The salvadorian army killed more than 800 civilians on that day. What gives this massacre even more grim look is that Assosiated Press reported that " the U.S. Embassy disputed the reports, saying its own investigation had  found... that no more than 300 people had lived in El Mozote."

Although it's not my cup of tea, it's still better than 90% of songs usually aired by most of the radio stations.

The @OriginalWorks bot has determined this post by @bartors to be original material and upvoted it!


Please note that this is a BETA version. Feel free to leave a reply if you feel this is an error to help improve accuracy.
$0.00
1 vote
Reply