My promise as a Witness this entire time has been to uphold the values of Peace, Abundance, and Liberty, help bring new members to the platform, and help minnows grow their accounts on the platform. One of the fastest ways to grow on the platform is to contribute to it with some coding projects, but right now that's basically outside the scope of nearly everyone that joins the platform.

There appears to be roughly 2-3 dozen devs on the platform outside of the Steemit Inc folk who are highly talented and able to do programming. There are many others trying to learn and piece this stuff together, but there aren't great resources available. So, I'm gonna work to fix that to help train more block chain devs to code shit for steemit, and as a way to get those who can learn phat stacks of cash and grow from minnow to whale in record time.

We need a text/video book to help development on this platform. I'm gonna crowdsource one. (This will come in later too when we go from Library to University)

I'm a PhD, former professor, and I've worked in higher education for the last 20 years. I can design a book (but I can't write it). So, I'll design it and then start paying bounties for all the sub chapters that we're going to cover. As an author/contributor you'll write your own post, on your own page, with your own youtube/dtube videos added to it, and then we'll archive it. We're going to archive it with steemshelves.com. 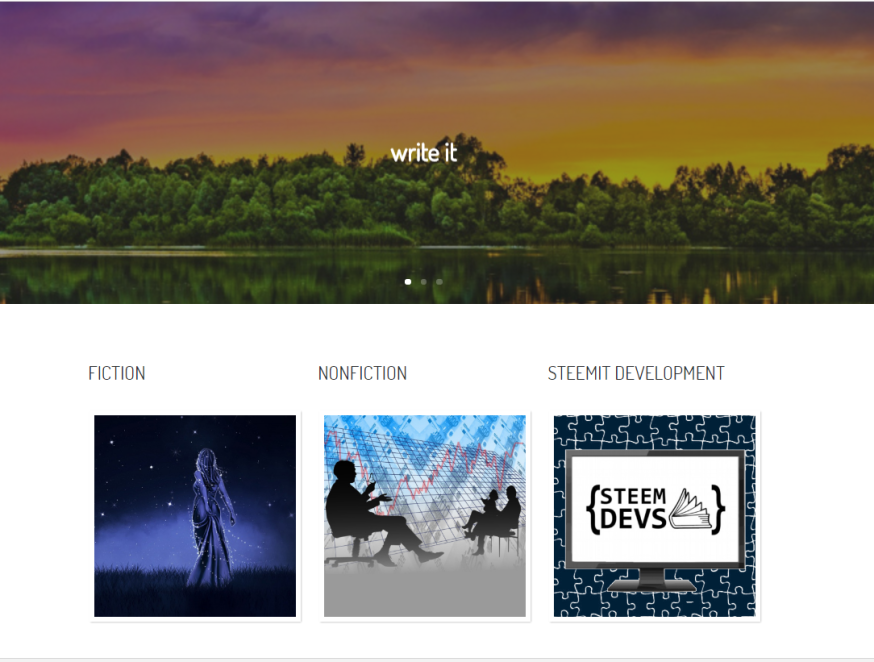 This isn't the only book we'll write like this. There will be others we'll add. But for now we're focusing on the biggest need which are programming tutorials in multiple languages that interact with the Steemit block.

How do bounties work?

I'll announce a bounty on either @aggroed or @minnowsupport. I'll give a Chapter, a sub topic, a language, and a rough difficulty level to author. You'll make the post. If there's more than one submission it turns into a contest for who wrote it best. If it's just a handful I'll resteem them. If it's a lot then I'll only choose 1-2 for resteems and either give out the total reward to one author or split the reward to multiple authors.

Before we get to the juicy stuff we're gonna need some introductory posts on several different languages. So, since basically all of this is going to rest on Linux. I'm starting with write an introductory post to help someone get to know Linux.

So, make a post, tag your posts into the comment section. A week from now I'll announce the winner and payout the bounty. I'll also work to resteem the things you make as you make them and comment them here. When your post is done we'll archive the winner(s) on the steemshelves.com website and add future tutorials/chapters there as well.

The whole idea sounds interesting. While I have used Linux in the past, I'm not really an expert at it. More like a copy/paste kiddie...

I am well acquainted with PHP, though. :)

Thank you for being a professor..it is a very noble profession. I am newcomer to Steemit and just posted my introduction post. I'd appreciate it if you could give it a read and let me know what you think!

Can someone please explain the job of the witness's? Who should I vote for??

I think witnesses are (at least in part) responsible for keeping STEEM nodes operational, ensuring the safety and continuity of STEEM cryptocurrency as a whole.

I don't hardly know nothing about this technical stuff but it sounds like things are moving in the right direction. Hope you have a WONDERFUL DAY! Following YOU!

Hello Professor @aggroed this is indeed a very noble project. I would love to contribute and ask my friends to do the same. I support you on this one in what ever way I can.

You have always been a great supporter of minnows from all over the world. This we appreciate in no small measure. Thanks for being there fornus

damn i love this idea man, if i can help, let me know where i fit in. i make courses, videos, etc, i'm working on a steemit collaborative video right now but i'm sure i could expand on that further down the line. as for coding, yes, i'm desperate to have a good enough income to build out on some of the concepts i have, i'm currently in the process of saving for 'sketch' so i can design the style and walk through of what the apps should look like, i'll be posting about it soon after the first collab video is done -- if you need any help with video editing or overlays or anything like that, packaging etc let me know. i use both skillshare and udemy so might be a good place to put the videos too.

Noted! WE'll see if we can collaborate in the future.

Another great initiative by Aggroed.

Sorry, im potato in programming :( Can't help you, bc im a future engineer not programmist... Still like this idea, the least i can do is upvote it :) Hope you find someone handy to make your steembook ;) Good luck ;)

yes yes, forgot to say, i gotta place some bad advertisement of my post ( just wanna spread my word about it cuz i spent some time on it), i apologize for it :( Hard life of minnow.... here it is car sharing. Hope, you won't be angry on me professor, have a good day :)

I have been hacking linux for a good while, i can probably get into this :) I have good knowledge of linux kernel and inner working, and as i learned by myself, i'm generally good at starting from scratch for beginners :)

I'll see this if i have time to do it this week :)

Is there a way to see all people participating into this ?

They'll post in here. Or check the mspl tag. You could be a great fit! I hope you take a shot. At the very least it might be worth the resteem.

I have very very limited knowledge on coding, but @kyrios made a post yesterday about learning to do so, and it really grabbed my attention. This post as well did the same. I want to learn as much as I can about coding so that I can actually pull some weight and do my part to help, as I feel now that I cannot do much, as Im not a very techy guy. But I want to learn, so I will be tuning in to keep an eye on this stuff, thanks for this :D
Im taking the whole month of September off to Steemit and learn more about crypto and trading, so I hope in this time I can offer some help wherever I can :)

I left them a note because of this comment

You always come up with great ideas and this one is a very good one, I am in support of the idea.

Aah a contest where I can shine! I think I'm going to take part in this :-)

Yeah sorry couldn't do it. One of my profs preponed the submission date for an assignment to tomorrow. And tbh, some of the entries that I've seen are better than what I could have done anyway.

Great initiative. Thank you for your continued contributions to the platform.