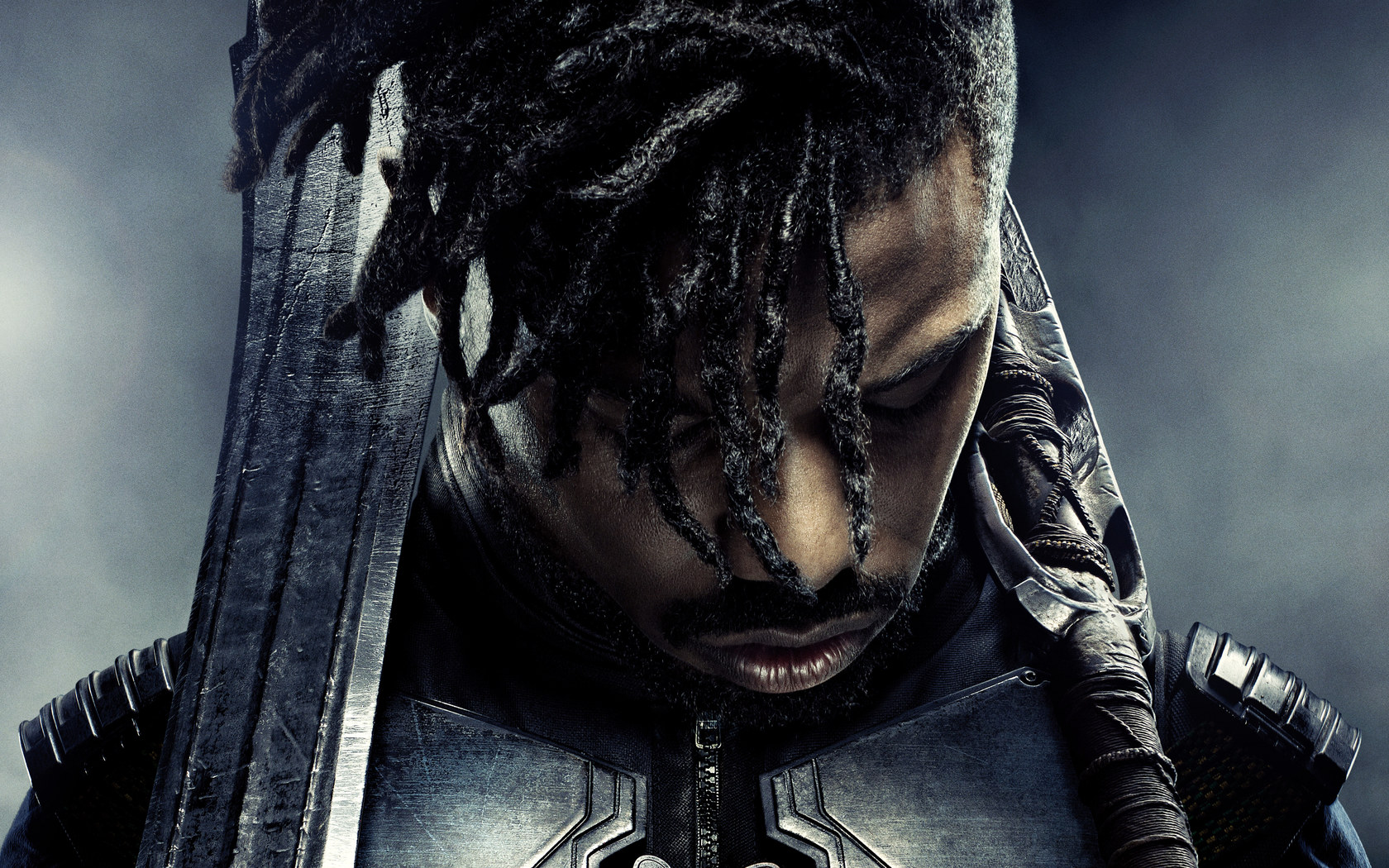 One of the frequent and often legitimate complaints about Marvel Studios movies are the lack of great villains. All too often the Marvel Cinematic Universe (MCU) villains are one-dimensional bad-guys who are merely evil because that’s what the heroes need to have some conflict.

There is a bucket-load of cardboard, boring, uninspired villains who are instantly forgettable. Who was that nutsack in Thor: The Dark World? Oh sure, he looked evil, but… yawn. What about the bad dude in Doctor Strange? Evil Wizard #4? Who cares? And Ultron? Even James Spader couldn’t make him interesting, because he was written so poorly.

In Black Panther, Killmonger stands out because he’s got a lot more going on besides just being purely evil, and he’s a legitimate threat to the main characters.

There are some spoilers below, for those who are not current on their Marvel movies.

Let’s take a step back for a moment and define what makes a great villain in the first place. Not all of Marvel’s movie and television villains are poor, in fact some are pretty damn good.

Fanboys will tell you that a good villain has to be really powerful, but that’s beside the point.

What we’re looking for is someone who will challenge the main characters in some fundamental way and force them to change or evolve in the course of the story.

I contend that Helmut Zemo (who appeared in Captain America: Civil War) is one of the best MCU villains because he masterminded a way to break apart the core members of the Avengers by framing the Winter Soldier for the assassination of Black Panther’s father. And it worked, by the way.

Captain America and Iron Man ended up punching the stuffing out of each other at the end. That’s a good villain. He won without throwing one punch, and despite the fact that he had no superpowers.

Good villains could easily be seen as the hero in their own eyes.

Take Daredevil foil Wilson Fisk in the first season of that series. Fisk is in charge of a large criminal enterprise, but he sees his purpose as keeping order and creating opportunities for the city he loves by working beyond the law. 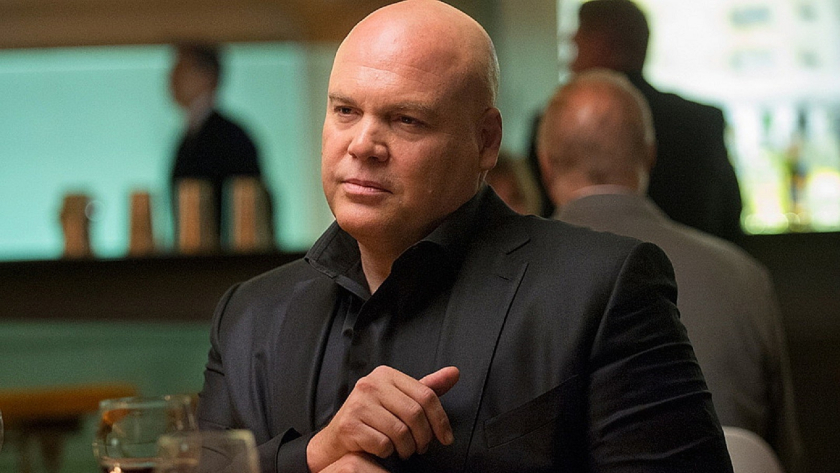 In fact, Fisk sees what Daredevil is doing, and what he’s doing, as exactly the same thing, and you know what?… there’s not much difference. That makes for a very interesting story where Daredevil has to struggle with his own purpose.

Wilson Fisk would actually make a great character in his own series. Something like Breaking Bad, where you see the fall of the man despite good intentions.

That’s what makes Fisk a great villain (well, that, and an amazing performance by Vincent D’Onofrio).

Good villains have some depth. Hela in Thor: Ragnarok was banished and forgotten by Odin. She’s a legitimate heir to the throne and was imprisoned for a millennia, that’s a fair reason to be upset. Much like Loki, she absolutely oozed charisma. Even if she was elitist and evil, she was exceptionally entertaining.

The creators gave her moments to shine. Hela had more going on than just revenge and garden-variety menace. She had gravitas and an evolved character.

So, back to Killmonger. 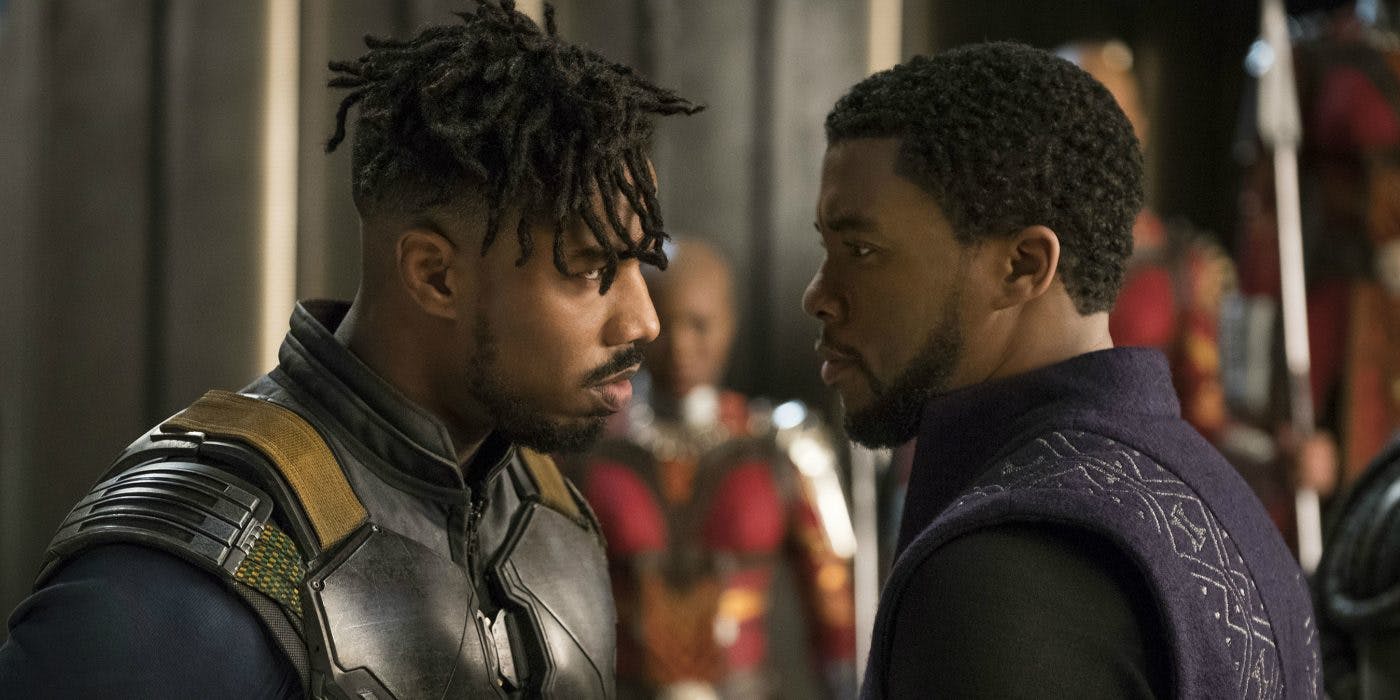 Killmonger succeeds as a standout villain for several reasons.

Is Killmonger the best villain in the Marvel Cinematic Universe? I’ll leave that for you to decide, but he’s easily one of the best. Much of his success as a great villain comes directly from how he was written to be multi-faceted, charismatic, wise, and have a logical valid viewpoint.

Hopefully Marvel Studios will continue to improve their villains. Because, after all, heroes are only as good as the villains who challenge them.

All images are copyright Marvel Studios.

If you enjoyed this article, please give me a comment, an upvote, or a resteem! I'll share more of what you love the most. Michael B. Jordan absolutely killed his part as Erik Killmonger! I'm hoping he comes back as a cameo in Black Panther 2!

Congratulations @dirkhooper, this post is the second most rewarded post (based on pending payouts) in the last 12 hours written by a Newbie account holder (accounts that hold between 0.01 and 0.1 Mega Vests). The total number of posts by newbie account holders during this period was 4332 and the total pending payments to posts in this category was $4056.10. To see the full list of highest paid posts across all accounts categories, click here.

Any superhero who faces a crafty villain with oozing charisma will definitely be a real threat and challenge to prove his protagonist position. Speaking of challenges, I'm having a "Name That Movie" game . Hope you could join us, @dirkhooper.

Thanks for the comment! I'll go check out your game. :)

Michael B. Jordan is absolutely amazing in this role he comes across sympathetic and misguided via being raised in unfortunate circumstances. He is the BEST ANTAGONIST IN COMIC BOOK MOVIE HISTORY.
P.S. better than the dark knight's joker
P.S.S. yes I said it

Congratulations @dirkhooper! You have completed some achievement on Steemit and have been rewarded with new badge(s) :

Absolutely loved this article! I'd just seen Black Panther and was enamored with Michael B. Jordan as Killmonger. He had a lot to work with! Very well-developed character, relatable circumstance. Your article does a splendid job laying him out in detail.

You're a part of my Weekly Curation Journal, keep up the great work!

Thank you very much for including my article in your Weekly Curation Journal! And thank you for the kind words, it's very much appreciated!

Guys, am I the only one that thinks calling a villain ´Black Panter´is racist? It is called after a black nationalist party ´´The Black Panther Party or the BPP was a revolutionary black nationalist organization founded by Bobby Seale and Huey Newton in October 1966´´

Let me unpack this a bit.

First off, the villain is named "Killmonger." The hero of the film and the comics is "Black Panther."

Clearly, you haven't seen the film or know anything about this at all.

Additionally, the comic character "Black Panther" was around before the political party you mention, so you're doubly wrong.

See the film. The character "Black Panther" is a good role-model for everyone.