First 3D movie not in a cinema and Kong: Skull Island Review(WARNING! SPOILERS)

So I have a game review on half but since I attended a festival this weekend and now the giveaway came up I decided to postpone it for a while. I did however get to try something new today and I decided to make a post about it. 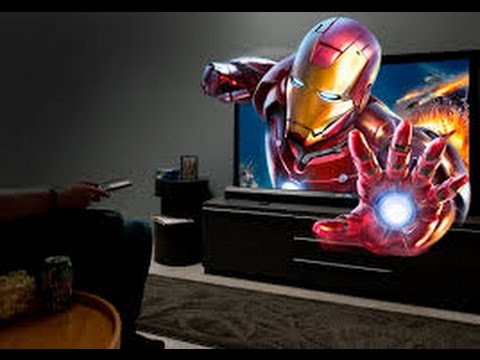 I have only seen one 3D movie before and that was Jurassic World on cinema. I didn't really like the big glasses they used and couldn't really feel comfortable with them on. The movie was great though and a lot of cool effects made up for it. After that I've stuck to the 2D world except for my Samsung VR-glasses.

Recently a relative of mine bought a new TV and he decided he didn't need his old one anymore. I however wanted to upgrade mine since it was starting to get pretty old. I had one like this: It was starting to feel a little small with a 32 inch TV when my PC monitor is 27 inch. So I asked kindly if I could buy the TV he wanted to get rid of and he happily gave it to me for free so now I have one of these instead: 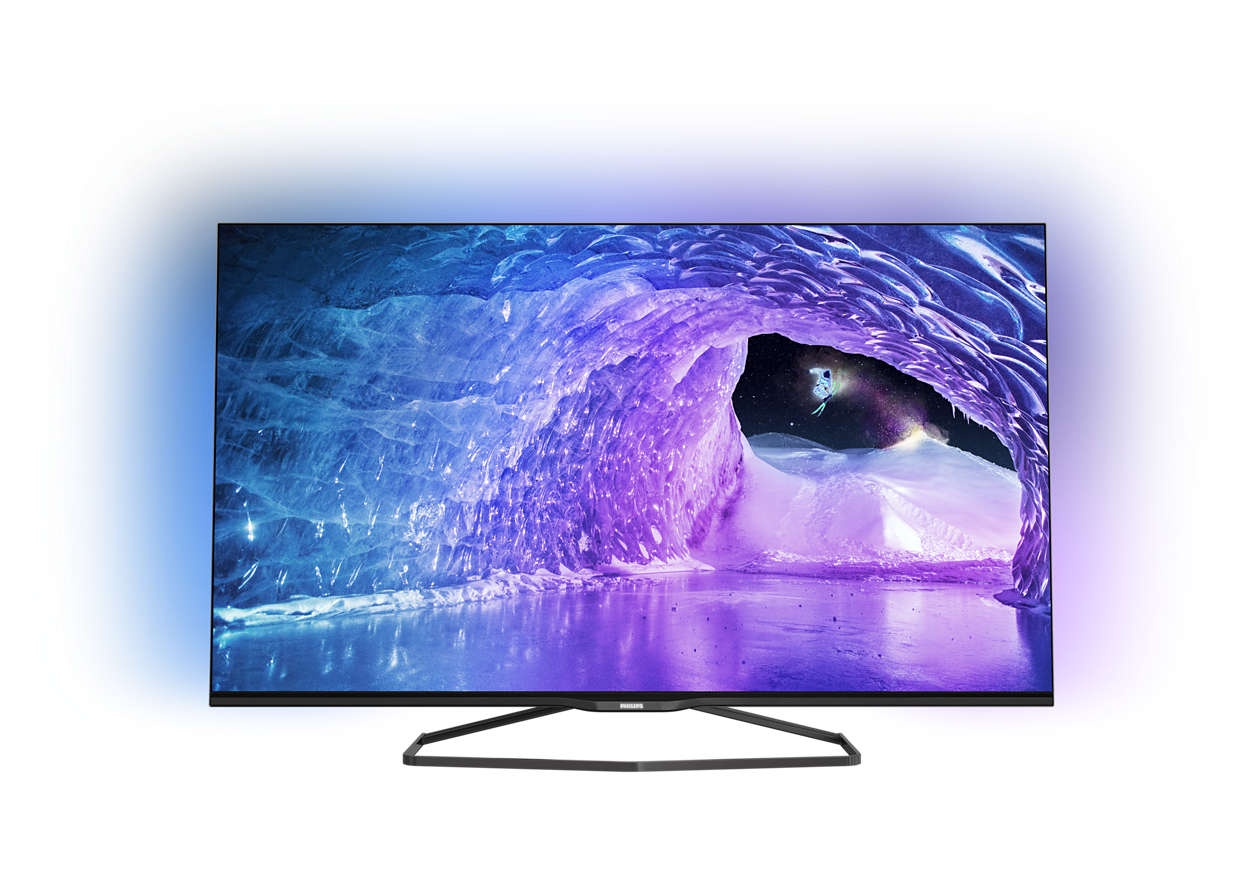 and I am very happy with the upgrade. The new one is 47 inch and has 3D. It's a Smart TV but it's a little older so it doesn't have Android like most smart smart-tv's have. Instead it has this horrible, slow Philips Smart TV software and it doesn't work for much. Even the Youtube app had stopped working with this model. But it is a lot bigger and I got to try watching a 3D movie for the first time on a TV at home. The glasses are very light and feel like wearing a pair of ordinary sunglasses so I really liked that compared to the cinema. The movie I chose to watch was Kong: Skull Island and I thought I would stream it. I did however read now that EU has decided to make this illegal and there was a Swedish article that said that hundreds of thousands of Swedes are breaking the law in that case and it is unsure what the result or punishment could be. It also says that it mostly was for pages that made you pay to watch the movies. This one was free so I decided to go for it. It started off kind of weird but it got promising after Tom Hiddleston made his appearence, beating up a couple of local gangsters in a bar. The Vietnam war had just stopped and the American army is headed home. A secret agency gets a group of soldiers for a special mission to "Skull Island" which is the only place on earth that is uncharted. Tom Hiddleston is also invited along as a tracker. He is some kind of special forces guy in this movie.Brie Larson is a anti-war journalist who also joins on the adventure. They get to the Island and start dropping bombs on it. This makes Kong very angry and he nearly destroys the whole fleet of helicopters and kills half of the soldiers. The rest crash land all over the Island and start to regroup. They are divided in two groups about half of the movie and the one half has Tom Hiddleston in it. So this is the main-character group. They walk around the island and run into locals that have been living there for hundreds of years. With them is John C. Reilly which was really fun to see! He was really funny in this movie and played a second world war veteran who had crashed onto the island and been there for 28 years. They all go to this village where the locals are living and they learn that Kong is the king of the island and the only thing protecting the people from these other monsters that live under the island. So he is kind of the good guy out there. They get to a boat that the veteran has built and leave with it to get to a rendevouz point north-west of the island. On their journey there they regroup with the other soldiers and Samuel L. Jackson insists on returning to their crash site to kill Kong since he killed so many of his men. They go and instead have to fight against these other monsters that have now woken up from beneath the island. They luckily survive and get to continue. They split up so that the civilians can go to the boat and the soldiers can take care of Kong but then Tom Hiddleston decides to go with Brie Larson to save Kong and that's when the biggest of the other monsters wakes up and starts to fight with Kong. The remaining survivors return to the boat and they all watch Kong fight with the monster and he wins the fight in the end. They did cut off the movie very weirdly with a scene showing Kong watching the fleet of helicopters arriving to pick up the survivors but then he gets angry and starts beating his chest and screaming and then they cut. Not showing if they ever got off the island. Then the credits start and you get a very touching scene with John C. Reilly showing up at his house after 28 years where he meets his wife who is still waiting for him and his now adult son who he meets for the first time. That's when the movie ends.

It was a really great movie and I actually enjoyed watching it in 3D. It's completely different watching it at home compared to the cinema and I am very happy I got the TV!

I hope you liked this short review of the movie and I recommend this movie to anyone since it was really good and the cast was also great. Some scenes were really funny and John C. Reilly always gets me laughing. I do not however promote piracy and since the whole thing seemed so uncertain I can only recommend you go watch it at the cinema or wait for it to be released on Blu-Ray. :)

Have a good rest of the weekend everyone! Remember to follow.

Hi, this is very good review, nice post. by the way, why did EU decide to make it illegal?

I don't really know. I'm guessing they're really trying to get the hosters of the sites down and not the viewers but it still seemed very uncertain.

Ok, you got new follower here :)

Forgot 3D even existed honestly. Tv companies just don't push for it anymore, it really is a theater only thing now.

Yeah, that's true. I would've never gotten into it if I wouldn't have gotten this TV tbh. But I'm glad I tried it out!

I remember one time that was a 3D version for every new movies.

@strawhat thanks for sharing
it's awosome!!

I found King Kong incredibly tedious. All of the characters were one dimensional and incredibly boring. I didn't care what was going to happen to any of them. John Goodman is one of the best actors of his generation and he was criminally underused in this movie.

The scene where they are in the helicopter en-route to the island is a mess. Why fly helicopters through that storm in the first place, those things would be ripped to shreds. The dialogue from Sam Jackson takes up about 2 minutes at most, yet before they get they set off in the helicopters, they clearly say that the island is some 20 miles away (if memory serves). That means those helicopters most have been travelling at 600mph, it's stupid, are we to believe that these are magical helicopters?

Hi @strawhat thank you for sharing your experience with those "3D screen and glasses". I am a 3D artist and when i hear peoples speaking about the 3D technology in theaters and on TV screen I always want to step in and tell them this is not 3D this is just a marketing name given to a 2D picture or film with some relief added to it with the glasses. If a movie is in 3D the audience will have to wear some kind of immersion helmet so everyone in the audience can go where ever they want into al the scene of the movie (like a 3D game with an immersion helmet) In this case and only this case we can say 3D experience. Marketing peoples have put the 3D name on this 2D technology because when it start 3D was all around even in the name of snacks. Also i have been a few time to theater look at some "2D relief movies" and i agree with you the glasses are very annoying after a little time i always want to take it off. Thanks for your post i follow you now and ^

Congratulations @strawhat! You have received a personal award!

Wow he gave you it for free. He must be a great person, I wish I could have such people around me.

I'm glad you enjoyed the 3D TV and liked the movie! It had great special effects and can only imagine how awesome it was watching it at your house. I guess that means I may have to invest in a 3D TV soon lol thanks for sharing :)