The Dog and the Donkey! A short story reflecting the truth .

trappersk (28)in #motivational • 3 years ago 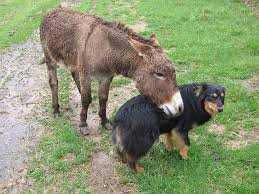 Once a dog and a donkey had a bet
The one who comes first in the race will be the king of the country
The dog was very confident , he thought he can easily win the race and defeat the donkey
But where did he know that there are many dogs on every single square who will not let him go
The same happened
He fought with many dogs to reach the final point.
But when he reached there the donkey was already there and had taken over the charge of country as a king.
The defeated injured dog said
I wish!!
If my community did not fight me
This donkey could never be sitting there and ruling the country

Think about it
Where is the mistake?
Example is definitely of the animals but you have to think.