I think it's important to write letters to our future self. Here's one I found recently that I wrote to myself just over two years ago:

Well, this is embarrassingly unoriginal, but writing something is better than writing nothing, and I have turned on the computer and sat down to write something almost every day for several weeks now and come up with a load of nothing. So...here’s something.
I’m still not really sure where this is going, so I’ll just tell you about the day we had today. Henry woke up cheerful as ever. Something about that little boy energizes me. Until I hear his little voice saying good morning to the half-dozen little stuffed animals and usual one or two trucks that spent the night in his bed with him, I feel like cranky, tired jello. I’m usually a morning person, but during pregnancy...just...can’t...get...up. But something about that voice fills me, instantly, with life, and I am ready to go for the day. 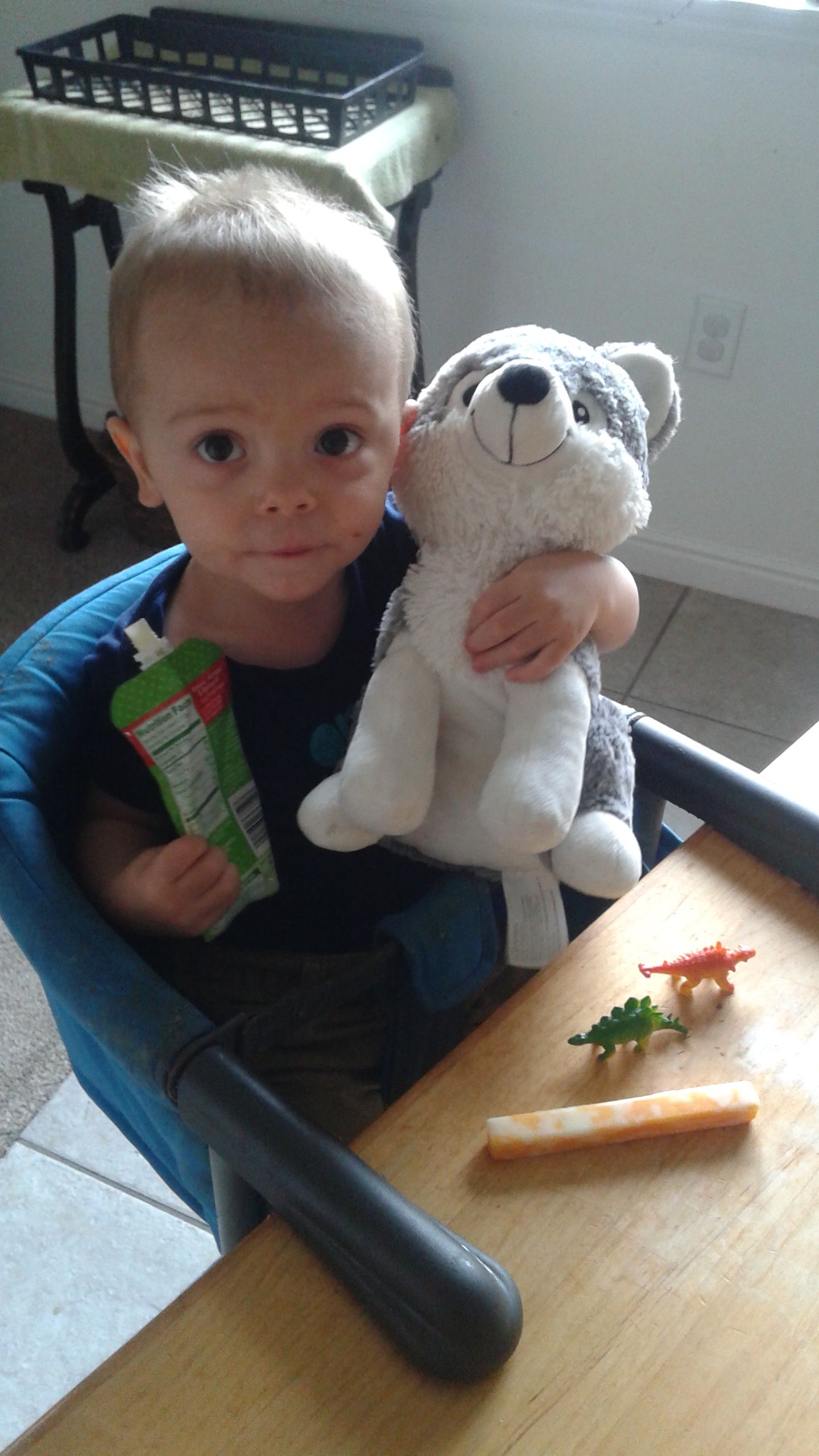 We had a fairly normal morning, ate a fairly normal breakfast, took Daddy to work like normal. The last few days have been spent catching up on chores and other boring things, so I decided we’d stop by the park on our way home. Henry lives for being outside. We played mostly on the swings, since the rest of the playground is still a little big for him. He loved it. This is probably the happiest kid I know, finds joy in almost everything, and his grin was bigger than I’ve seen in a while. We need to go back when Tanner can come, too--being pregnant makes Mommy not as fun or agile as she once was. I threw the frisbee for Watson while Henry sat in the swing, unwilling to leave unless lured out by the prospect of another swing. There were several horses in a pasture across the street, so before we left, I took him over to say hello. He adores animals. He was quite upset when I wouldn’t let him climb the fence to get a little closer, and even more upset when I made him say goodbye. For all the running and rushing and dashing this kid does, he is not a fan of being hurried. When we visit grandparents, he settles right in and is ready to stay for the evening. The shortest visit we’ve been able to manage lately has been about an hour. He has too many things to do, too many toys to play with, too many places to explore and inspect, too many games to play, too many conversations to have. 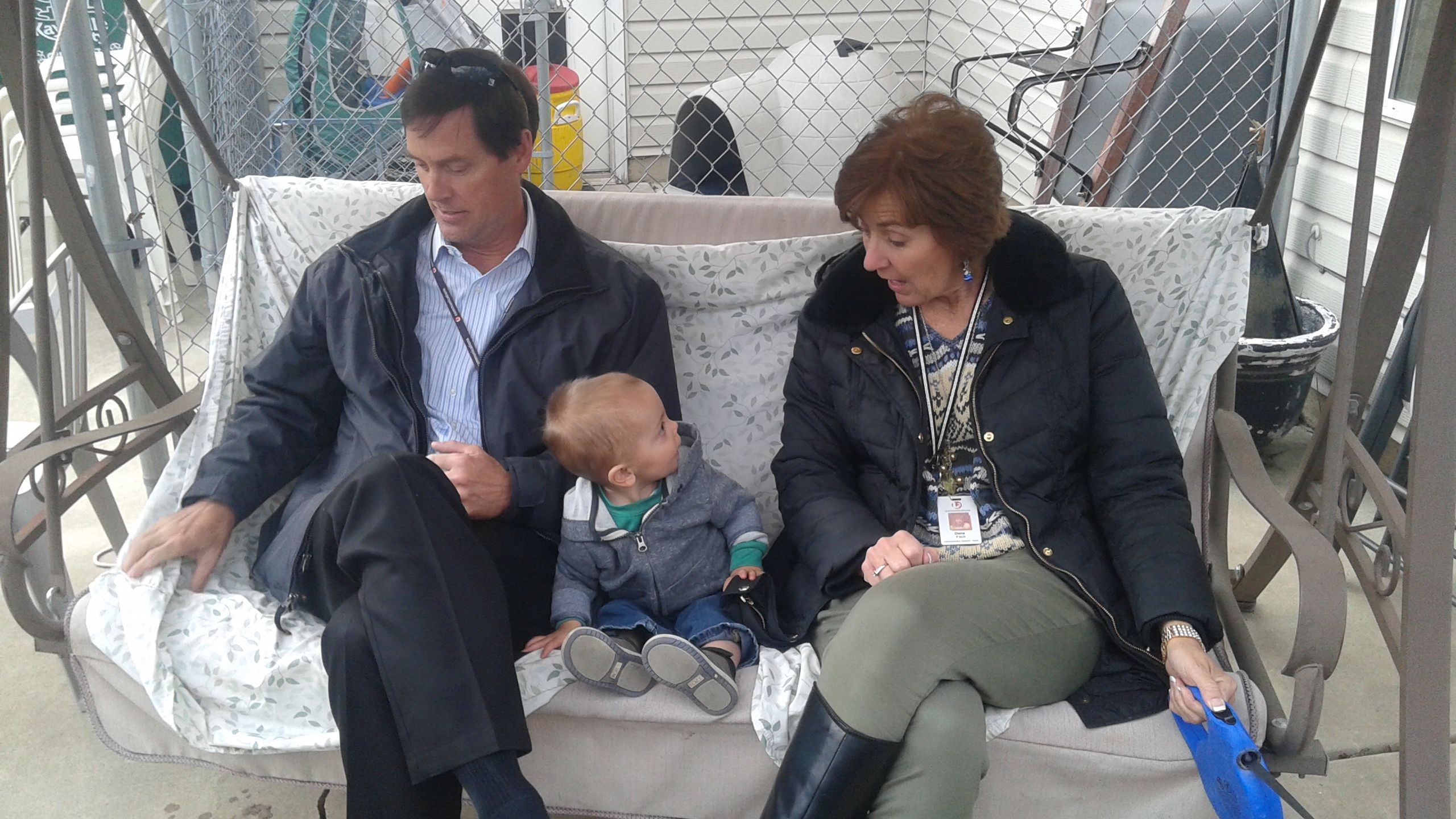 I never used to get the phrase “my kids teach me so much” that I would hear so many parents use. Like...what? How to make messes? How to sleep less? How to be insane but not look it? It’s true, though. Being a parent is just one lesson after another, and it’s really not just the role that teaches me, it’s this little boy. He teaches me that everything I do matters, every word I say, every tiny choice I make, matters. He teaches me how important it is to be kind, to everyone and everything. He shows me the value of giving someone your undivided attention, and the depth of connection and understanding that comes from that gift. He has taught me that you must listen with all of your senses, not just your ears. He has sweetly and gently, and sometimes loudly and roughly, taught me patience, and given me opportunities to practice as well as to observe.
Anyway. After we got home, I thought for sure he would crash for a nap soon, he was already acting sleepy. But, no. He wanted to go back outside. So, I opened up the balcony door and he played and played and played, insisting that I sit out there with him, forcing me to enjoy the sunshine and fresh air instead of finishing up the dishes I had started on. He had a snack, and eventually I thought he was tired enough to sleep, so we gave nap time a try. And then about four more tries after that. Today was just not our day for a nap. He knocked on the door, he sang songs, he played with toys, he pulled all the books off the shelf and read each one of them, he unfolded all of his blankets and made a nest in which I finally found him crashed--not sleeping, just crashed. Part of me wanted to cry. Henry’s nap time is my nap time, as well as my time to write, work on the budget or meal plan, sort out the schedule, do the chores that are tricky to do with a busy toddler around, eat, shower, etc. I realize that when this next baby comes, all of that will change, but for now...it’s sort of sacred time. But, during the several breaks we took between nap attempts, I enjoyed a different kind of sacred time. We read stories together. We played trucks together. We looked out the window and watched traffic go by, pointing out all the trucks, buses, tractors, and trains (and cars, too). 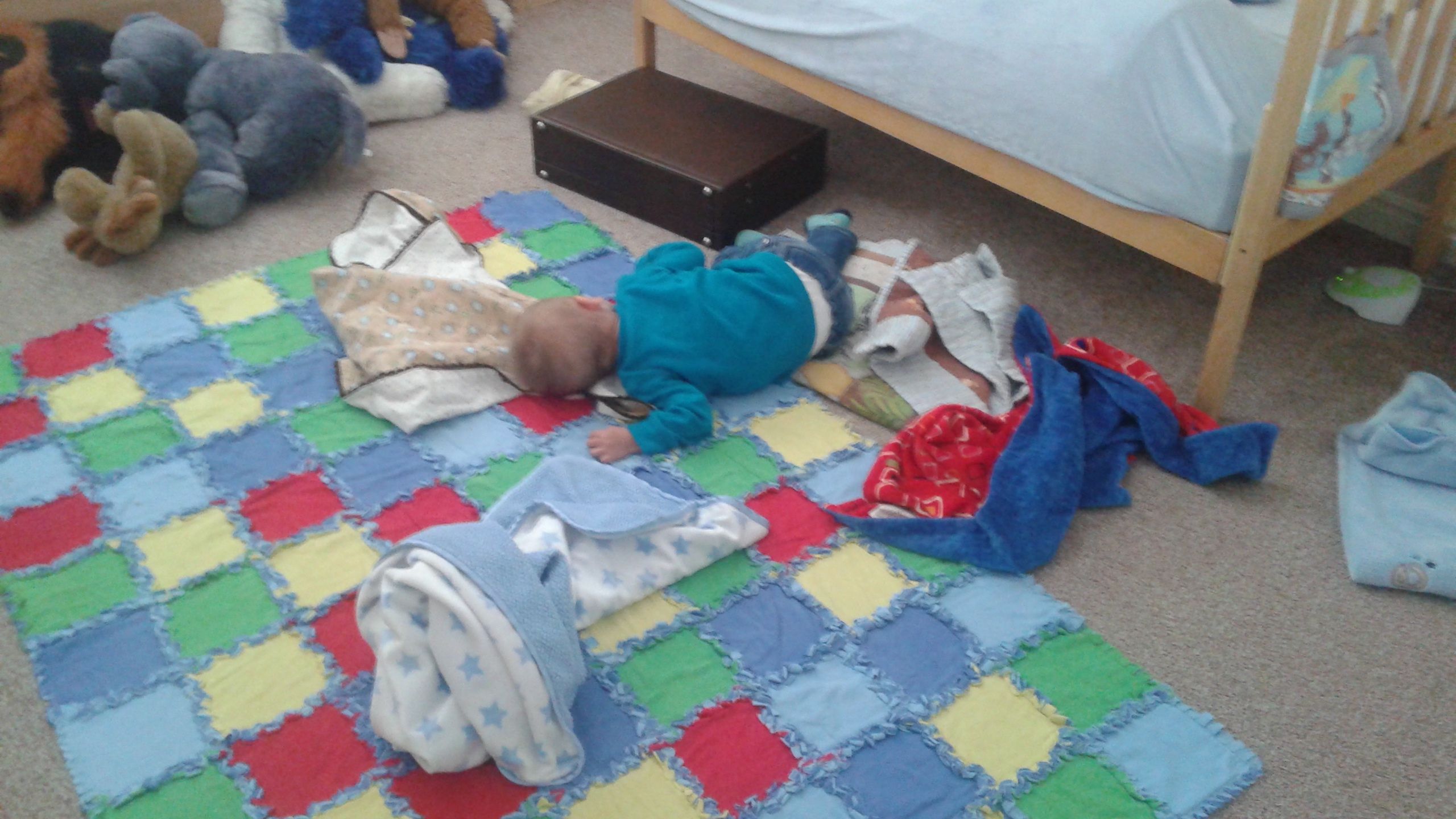 We had a snack together, he helped me make some important phone calls, we talked, we laughed, we played with blocks, we snuggled, we tickled, we wrestled.
There are a few people I’ve encountered that cannot see the value in being a stay at home mom. What about ambition? What about my dreams? What about accomplishing something, becoming something, creating something, contributing something? Spending every day, all day, with my boy, has been more fulfilling, more educational, and more exciting for me than any other career I can think of myself having. Maybe the things I fill my day with, like laundry, making homemade jam, planning meals, doing countless chores, look mostly pointless from the outside. But my job is to create an environment where my family is comfortable, happy, and together. My home is a holy place, and my job is to keep it that way, and it is a responsibility that I love. The world is scary right now. I can’t imagine what it will be like in the future--probably more scary. So I will spend tomorrow like I spent today--listening to Henry when he talks to me, keeping my home clean and comfortable, preparing good, healthy food for my family to eat, and whatever else it takes to make us strong and ready for the challenges to come.
Future self, you probably have more kids than I do now, your hands are probably more full than mine are now, you probably go to bed way more exhausted than I do now. I really don’t have any good advice for you, hopefully you are much wiser and smarter than me, so...good luck! You have an amazing husband by your side, and an incredibly loving Father in Heaven. I’ll kiss baby Henry for you. I'll be writing another one soon, telling my future self that I will kiss baby Sam, little Ben, and Big Boy Henry. They will never again be so little as they are today. 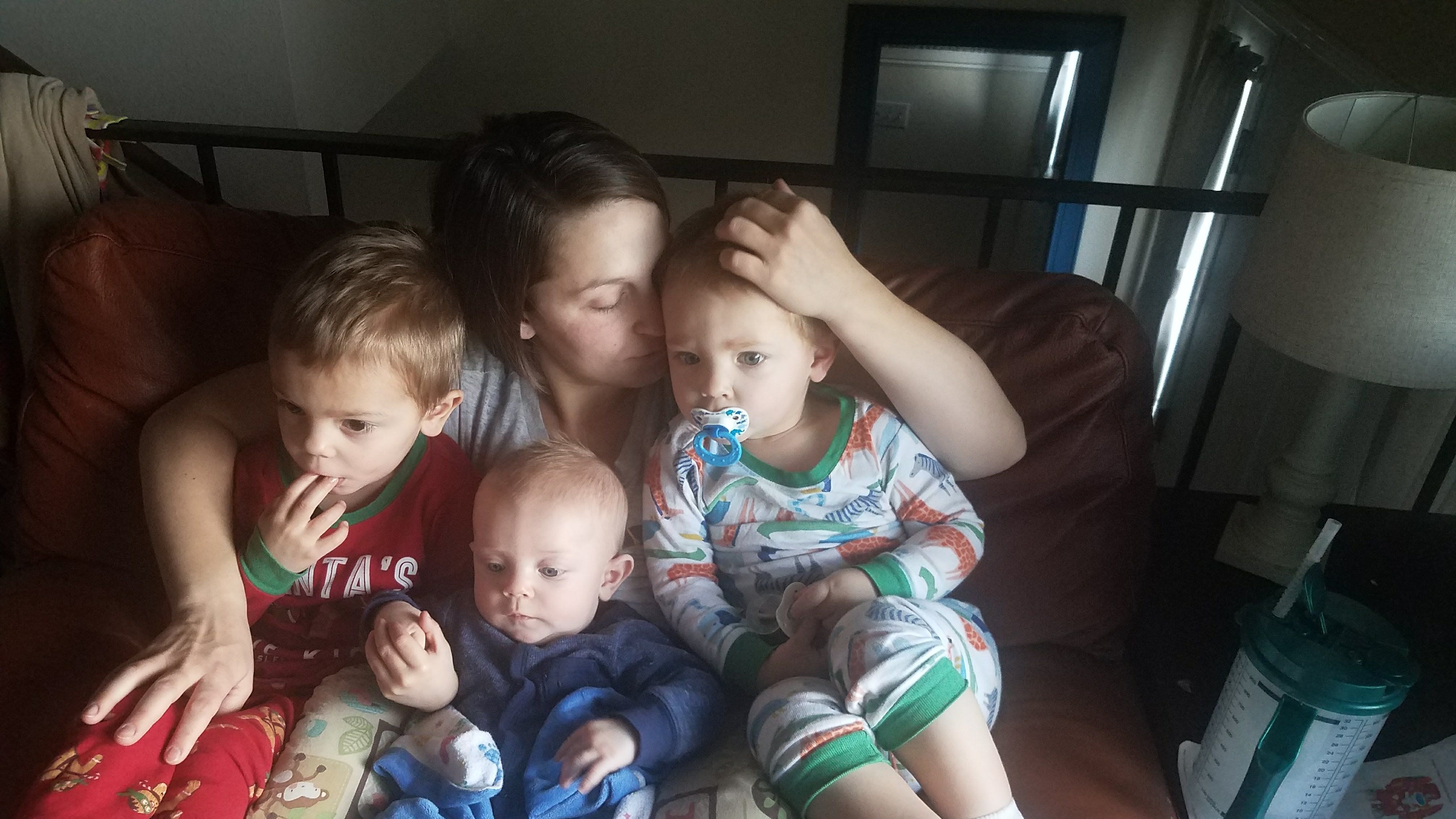 Submit
$0.03
8 votes
0
Authors get paid when people like you upvote their post.If you enjoyed what you read here, create your account today and start earning FREE STEEM!