IPS vs TN: Right & Wrong Ways To Use Or View; How To Vastly Reduce AHVA/IPS/PLS Glow & Increase The Perceived Black Depth

There is a right and wrong way to use or view each type of LCD panel due to their differently limiting viewing angles. The most important step to optimally viewing each LCD panel type is figuring out the right height for each. Second is the viewing distance which varies per panel type, and between the same types of panels depending on their quality.

Make sure to click on the images to enlarge them and inspect them closely on an AHVA/IPS/PLS panel, CRT, Plasma or OLED which are all free from horizontal and vertical gamma shift unlike TN (vertical) and VA panels (horizontal).

In this post the % Brightness refers to the amount from 1-100 in the monitors menu, and the cdm/2 value is the total brightness of white measured with a Spectracal C6 HDR2000 Colorimeter. Photos taken with a Nikon D5200 Camera. The ceiling light used in photos with the lights on is a single 2600 lumen (brightness) Daylight or 6500k (color temperature) Philips CFL light: AHVA/IPS/PLS panels can not be viewed from above or while being looked down upon without suffering from obvious contrast loss or white glow or vibrancy loss. Despite this AHVA/IPS/PLS panels still have the widest viewing angles, as well as the most accurate, even and vibrant colors.

The top of AHVA/IPS/PLS panels need to line up or be higher than the viewers eyes to eliminate glow. The top left image shows the correct way to view an AHVA/IPS/PLS panel. and is also ideal for keeping proper posture and not hunching: 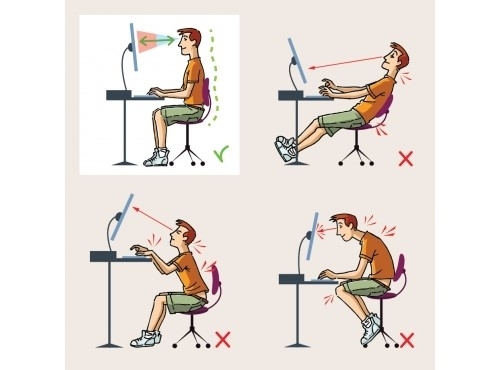 TN panels have the most restrictive viewing angles both horizontally and vertically, but they do fair better when looked down upon or viewed from above than AHVA/IPS/PLS panels. TN panels can not be viewed while leaning back or from below without darkening significantly which makes them unusable while leaning back, reclining, or placed higher than the viewers eyes. Even slight vertical changes result in obvious darkening:

TN panels colors are also uneven from top to bottom due to vertical gamma shift. TN panel color is too dark in the top quarter and washed out in the bottom half. TN panels must be viewed like this to get the best image quality out of them:

Many people who upgrade from TN panels place their AHVA/IPS/PLS panel at the same height and distance. A high amount of AHVA/IPS/PLS horror stories about glow and light bleed are the result of improper use such as keeping the brightness maxed while looking down at, or viewing the AHVA/IPS/PLS panel from above.

VA panels (A-MVA, S-PVA, ect) have the second most restrictive horizontal viewing angles, but suffer from far less contrast loss and glow than AHVA/IPS/PLS panels when looked down upon or viewed from above. 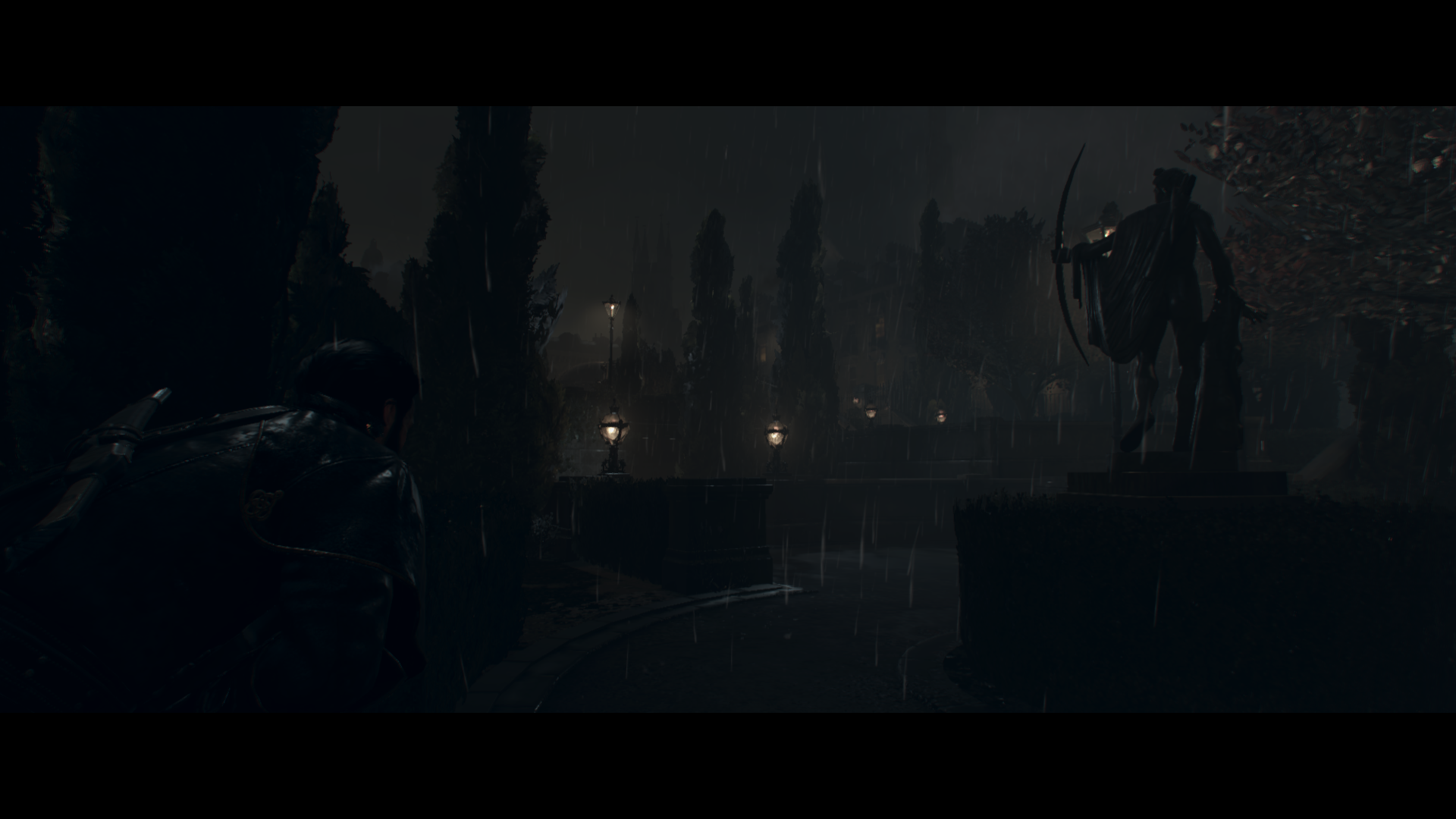 Above is the source image, a screenshot I took from The Order 1886 on the Playstation 4.

The BenQ looks far less washed out and is free from obvious glow unlike the Viewsonic in this dark scene.

Raising the monitor vastly decreases the white glow across the bottom, but the scene still looks washed out since the brightness is maxed. Very bright room lighting would negate this, but many people use their displays in the dark with the brightness cranked and complain about their display looking dull or washed out.

Raising the monitor and lowering the brightness to 140cdm/2 results in vastly reduced glow versus the monitor when lowered or viewed from above or while looking down at it like one must when viewing a TN panel. The lowered brightness also results in an image far closer to the source, though 140cdm/2 display brightness is still too bright for light-less room use.

Notice the reduced glow. The glow reduction is not nearly as obvious as with the 100% brightness comparisons, but it makes a very noticeable difference in real life.