It's great news that Deutsche Bank is being charged in Italy for manipulation of the market and creating false accounts! Hopefully those truly responsible will be punished though if history is any guide, we see nothing but a slap on the wrist from time to time.

Check out this article:

Deutsche Bank AG, on trial in Milan for allegedly helping Banca Monte dei Paschi di Siena SpA conceal losses, must face accusations that it was running an international criminal organization at the time.

Prosecutors used internal Deutsche Bank documents and emails to persuade a three-judge panel to consider whether there were additional, aggravating circumstances to the charges the German lender already faces related to derivatives transactions. The material included a London trader’s "well done!" message to a banker who is now on trial, evidence seen by Bloomberg shows.

Allowing prosecutors to argue that the alleged market manipulation crimes were committed by an organization operating in several countries could lead to higher penalties if they win a conviction. Giuseppe Iannaccone, a lawyer for Deutsche Bank and some of the defendants, sought to block the move at Tuesday’s hearing, saying there wasn’t a clear connection between the original charge of market manipulation and the alleged aggravating circumstances.

“The trial for Deutsche Bank managers becomes more problematic after the judge’s decision,” said Giampiero Biancolella, an attorney specializing in financial crime who isn’t involved in the case. “If proven, the aggravating circumstance may increase the eventual jail sentence for the market manipulation to a maximum of nine years.”

The German bank and Nomura Holdings Inc. went on trial in Milan in December, accused of colluding with Monte Paschi to cover up losses that almost toppled the Italian lender before its current battle for survival. Thirteen former managers of Deutsche Bank, Nomura and Monte Paschi were charged for alleged false accounting and market manipulation.

Deutsche Bank and Nomura are accused of using complex derivative trades to hide losses at the Italian lender, leading to a misrepresentation of its finances between 2008 and 2012. After the deals came to light in a 2013 Bloomberg News report, Monte Paschi restated its accounts and tapped shareholders twice to replenish capital.

Deutsche Bank and six current and former managers were indicted in Milan Oct. 1 for allegedly helping falsify the Siena-based lender’s accounts through a deal known as Santorini.

The prosecution’s request to label Deutsche Bank an international criminal association hinged on events that occurred in other parts of the globe, including the possible manipulation of an index, which isn’t the subject of charges in the Milan case.

A 2014 confidential audit commissioned by German regulator Bafin said that Deutsche Bank employees may have manipulated internal indexes to help ensure the success of the deal, Bloomberg previously reported. The study, requested by Bafin, said an internal Deutsche Bank review described “abnormalities” in the values of proprietary indexes used to set the price for the Monte Paschi deal in December 2008.

The internal Deutsche Bank report, which has never been made public, is cited in the Italian court documents seen by Bloomberg. "DB’s own trading activities were a significant factor in the observed ‘spike’ in prices and volumes," a portion of the bank’s document says.

On the afternoon of Dec. 5, 2008, just one minute and 57 seconds after the futures price underlying the index had spiked to a level required for the deal to succeed, a trader in London pushed the button on the "well done!" email, evidence introduced to the Milan court shows. The recipient was Michele Foresti, then the bank’s head of European fixed income.

Iannaccone, the lawyer for Deutsche Bank who is also defending Foresti, said the judge’s decision had to be respected and declined to comment on it. "We will clarify everything during the trial."

While investigators at the Frankfurt-based bank couldn’t “unequivocally” link the spike to manipulation or the deal’s outcome, according to the Bafin-commissioned audit, the communications among the Deutsche Bank employees "provide a connection between the trading activity and the MPS transaction," the bank’s internal probe concluded. 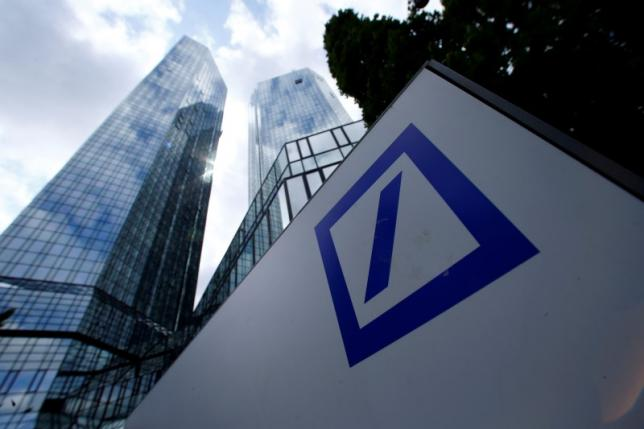 "Well done"! Talk about leaving bread crumbs to the scene of the crime. Bet he wishes he could take that back.

Things are starting to unravel. I doubt the mainstream media will talk about this.

Wow, that´s big! Not a single word about this in the German MSM yet.
Thank you! Greetings from Germany :-)

If its real its about time...

They will drag this on forever. When banks rule the world, the meek and lowly suffer endlessly. Sometimes death is the only relief.

And the bastards will settle for a mere couple million after making BILLIONS. No one goes to jail. They scuttle the company and abscond with the loot. 😡

Since the Italian banks are living on the edge of survival, I could see them saying "if we go down your going down." They will need others to blame.

This post has been ranked within the top 80 most undervalued posts in the second half of May 18. We estimate that this post is undervalued by $9.79 as compared to a scenario in which every voter had an equal say.

See the full rankings and details in The Daily Tribune: May 18 - Part II. You can also read about some of our methodology, data analysis and technical details in our initial post.