Without a job, month after month salary pay! 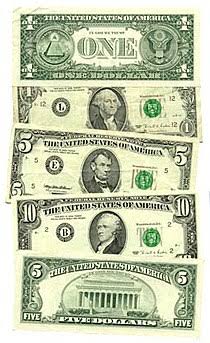 Without a job, the government's second class-level official, who has collected salary and lectures by hiding information after a month, He has also done the daring task of violating the official order and violating the Supreme Court order. In the departmental case, the break-in service and the use of public money for not being employed, in this case, it has been postponed indefinitely. Accordingly, the Ministry of Public Administration of the Jatiya Sangsad, the Ministry of Housing and Public Works and the Standing Committee on Public Institutions. They have asked the authorities concerned to return the government money to ensure the departmental punishment and illegally taken.

According to the sources, PWD diploma engineer association general secretary Ali Akbar has violated the official directive and violation of the regular service rules since the beginning of life. This officer has been involved with various negative activities in the life of an era, and also earned money through misuse of power and irregularities. After getting elected as the leader of the Diploma Engineer's Association, the older people also became worried due to his influence. He started an irregularity and loot after breaking the chain of command. For this reason, the authorities on October 09, 2016 issued a transfer order from Savar Public Works Department to Khulna Group Section.

Complaint has been raised that the officer, in violation of the official directive, send a petition to the Executive Engineer for notifying the concerned department by charging the relevant medical certificate and showing the cause of physical illness on that day. But did not apply for a holiday. The doctor in the medical certificate has mentioned that he is suffering from acute hervirus. Have been advised to stay in full bed rest for 15 days. But the certificate does not have any test or drug description.

Understanding the matter, Public Works Authority was released on 10th October after the release of the stand of Ali Akbar Government on the same day. Life Commissioner Bhumik was posted from Chandpur Public Works Department on that day. After accepting his joining letter on October 13, the concerned Executive Engineer ordered the authorities concerned to take the responsibility of the temporary stationed Assistant Engineer Helal Uddin. Immediately, the cunning officer filed a writ petition against the transfer order of the High Court. After one month's proceedings, the Supreme Court's Appellate Division on November 22 rejected the Chief Justice's order rejecting his writ. After that he has not joined anywhere for 6 months. But at this time he raised monthly salary allowances.

The diploma engineers alleged that Ali Akbar had been a break-of-serve of the government and showed the thumb in government service rules on salary without getting jobs. From the same place, at the same time, he and two other officials working in his place, how did the salaries?

Ali Akbar Sarkar ignored this matter. He said these are many investigations. And there is running. But the concerned responsible officials of the ministry and multiple members of the parliamentary committees expressed anger over this, saying that the allegation of an irregularity could not last for years. It is important to have a disciplinary disposal of cases against him. Otherwise, departmental irregularities will be more permissible.

collection money a lot of

In addition to a very interesting post job, this month's monthly salary is available

Hello @tasmia , I was designed to give advice to "steemit" users.