I Just Filed A Complaint With The SEC Regarding "Gold Fixing." Gregory Mannarino 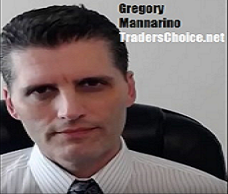 I just contacted/submitted a complaint with the Securities And Exchange Commission with regard to the rigging of the gold, and gold derivative market. Why the SEC and not the CFTC? Because the CFTC is already very aware of the "rigging" taking place..

It reads as follows. (please feel free to copy/paste this/my statement to file your own complaint.
Here is a link: https://www.sec.gov/complaint/tipscomplaint.shtml

There are several major banks involved in "rigging" or "fixing" the price of gold and investors are being harmed. The current participants in the fixing are Barclays, the Bank of China, Bank of Communications, Goldman Sachs, HSBC Bank USA, JPMorgan Chase, Morgan Stanley, Société Générale, Standard Chartered, ScotiaMocatta (Scotiabank), the Toronto-Dominion Bank, and UBS.
These banks participate in this "fixing" by proposing a price near the current gold spot price, then stimulate trading at that "fixed" price level. This "fixing" results in an artificial, (not set by the market), price for physical gold, and it's derivative. Simply, it is artificial "fixing" of the supply/demand valuations that would otherwise apply. The result is blatant removal of free market price discovery mechanism, which is fraud.

Greg the king! Greg for president for a better and fairer more prosperous freer world.

Oh, I can't wait to hear if/how they reply.

may be this interests you

thank you for your time

Rip the SEC's face off, Greg!

Wow! I didn't think I'd ever see the day! You got some more big brass balls! Thank you as every effort is meaningful. Keep us informed on the out come if any. Love to hear more on this as it unfolds.

Brilliant Brother Greg! You are gentleman and a scholar as well as a hero of our day - thank you for all your efforts and keen insight! www.traderschoice.net all day!

Greg for President!!! You have two big cojones indeed!!! :D

Pretty useful information for us. Thanks for sharing.

why not start a class action

It honors you that you want to go to war against this fraudulent system, but this won't achieve anything.
All this is officially accepted practice, which is in place for decades.

In my opinion, the fundamental evil is the trading of derivatives. And that goes for ALL derivatives, not only gold and silver. Thats what really should be made illegal. In order to sell something, you need to own it first. In a trade, I deliver a good, and then I get payed for it. Thats also how a fair market value for something is discovered. Everything else is BS.

Great post my friend thank you for sharing it

The Central Banks are stealing the worlds wealth.
I'm looking for a lawyer to sue the SNB for non compete. The SNB prints Swiss Francs converts them to US Dollars then purchases equities. I wish I could print dollars and buy stocks, but of course that would be criminal.

Just submitted my Complaint. Thanks for doing this, Greg.

The SEC are probably in on the gold fixing as well, but good for you!

Great Greg. I also did my rant about the manipulation when I saw it happen on Friday on my trading screen.

I sarcastically tweet at the SEC all the time about this, but what you're doing is actually more beneficial. I support this 100%.

Well done. We should all do the same

Okay. I filed my complaint. Thanks again.

All of these banks are involved in rigging and collusion in all markets, not just the gold market. Meanwhile, they put limitations and all these rules on our personal and business accounts in the name of security and anti-fraud, while they themselves are manipulating currency and committing fraud all day long in plain view! SEC, Federal Reserve, and the Banks are all in bed together. Good post today btw.

Good for you Gregory. All for one and one for all.

I am so glad you have done this. Yes I will file my own complaint too. Wish we had done this sooner. But thanks for taking the lead and filing this. We all appreciate your professional example Greg.

Addition to SEC complaint...I know you are probably not part of the problem but if you don't correct this fraud you are the problem.

Great Gregory needs someone to do it. Meanwhile the Chinese are buying up Gold on the cheap.

I hope something can come of your complaint but I am not holding my breath with this rigged system. 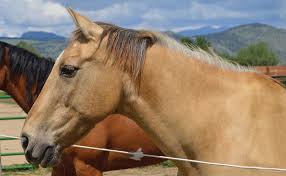 Gold price "fixing" by big banks is compounded with massive market manipulation using derivatives. As big banks have more access to funds and faster computer systems for trading, they are obviously in a position to rig markets and exploit smaller traders. Legal convictions of bank staff for rigging FX markets prove this is what big banks do.
Regulatory bodies, such as the SEC, continue to turn a blind eye to such practices, while few bank staff caught or sacrificed as scapegoats get any more than symbolic punishment. And corrupt bank practices continue...
Greg, what you're doing is bringing this to people's attention who may not have known about this before. When enough people SEE with their own eyes, and suffer loss of investments, then they'll be moved like waters behind a cracked dam. When it is seen what's going on, the SEC will no longer be able to ignore people's anger at SEC inaction to properly "investigate" banksters' market-rigging and "fixing" practices.
In 2008, the big banks should have been allowed to go bust, as the free market dictated! Sure, ordinary people would have suffered too. But what we have now is even more blatant bank corruption than before, fueled by QEeer money funneled to those very banks that should've gone bust due to their previous bad practices. Now we're in an insane shituation with these banksters who basically hold governments to ransom. Thus government regulatory bodies are AFRAID to do anything, because THE WHOLE SYSTEM is in danger of coming down with the credit/debt bankster system.
Methinks we're creeping into a state of deep freeze with little volatily or flow in markets. Imagine - The Last Day - everyone, people, traders, banksters, gov officials all standing frozen eyeing each other unable to move from their POSITIONS - FROZEN MARKETS! Angry people, lying officials, corrupt banksters holding shitloads of paper gold contracts for which even ALL THE GOLD IN THE WORLD cannot fill!
Financial bankster system runs on hollow lies attempting to grab all assets in the world, but in their greed they grab more than God allows. Then they end broke, with nothing. Until that time, banksters will continue, their greed, lies growing BIGGER! They'll run in place to their end, like blowing balloons, like Madoff! Best get money outta da banksters hands while still possible. Best retreat away from this system before it blows. Best to have as least to do with it as possible. And that includes staying out of markets that look like volcanoes going off, but if you're IN them you could end up like those bodies frozen in lava at Pompei!

Greg: I'm seeing several options which, imo, apply to this complaint. If I happen to choose the wrong one is my submission ignored by the SEC?

Which option did you select?

No no. File this with as many as you can.

It would only allow me to make one selection so I chose "Manipulation of a security". They're asking questions which aren't applicable and if answered could give the SEC wiggle room.

I haven't sold so I haven't suffered a loss even though some of my holdings are under water.

I selected bank and their form took that to mean I'm complaining about a specific bank, which I'm not.

Because of the selections I've made my best guess is my submission gets tossed.

I did enjoy adding this hopefully subtle comment (jab) to my submission:

"...I thought that the government agencies were supposed to be acting on behalf of the people but now I'm beginning to wonder if I've been naive about this. ..."

Excellent stuff Greg. One day we will see G&S at true market value. Upvoted and resteemed.

Sorry, I won't fill the complaint for now, I like cheap gold and cheap silver. When my stack's gets to the point I want to achieved, I'll fill it up! ;-)