This article is to simply explain 3 of the 4 types of money, Commodity, Receipt and Fractional along with the story of Penguin town to keep it interesting. 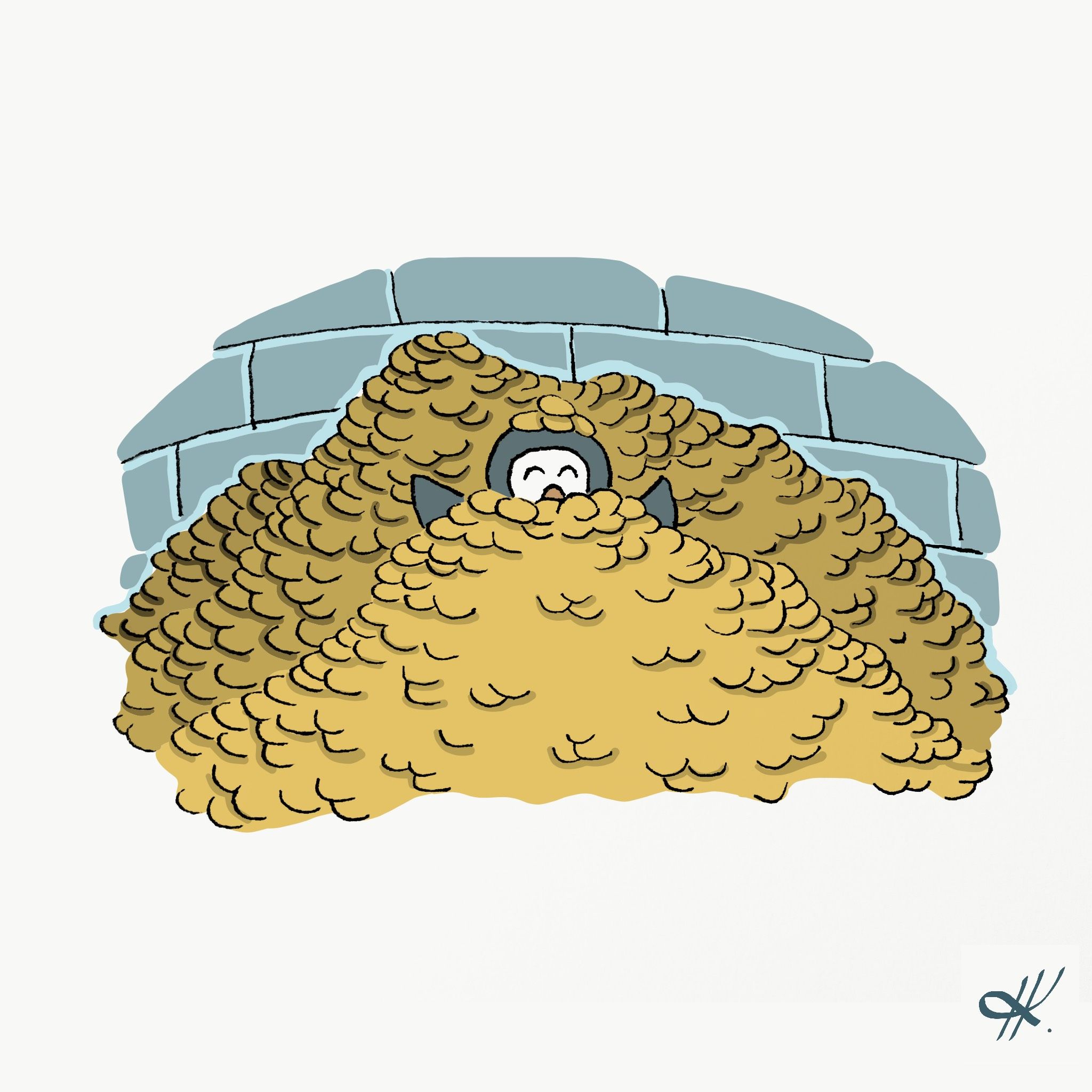 Penguin town was a snowy wonderland, complete with cute coffee shops and markets.

The markets would be a popular place to trade, especially for travellers to sell their fish & blueberry muffins.
The Penguins would initially barter the goods between them, they'd trade fish for hats, or bread in exchange for coffee.

This would be a pain in the ass if you wanted a coffee but the barista didn't like your tuna!

That's when the Penguins decided to trade things for gold coins instead, everyone liked gold coins because it's shiny, fits into pockets and doesn't go off like fish.

Because everyone liked gold, you could trade everything for it, in this case, gold is commodity money.

But problems arose when gold got too heavy in pockets and difficult to keep safe. One day Gary the penguin built his own Igloo, and in it stored all of his gold coins to keep it secure. All the other penguins thought this was genius and asked Gary to store their gold in his Igloo too. So Gary started storing others gold with his own for a small fee. To keep track of it all, he would give each Penguin a special note for each gold coin. Whoever brought a note back to him, would get a gold coin. 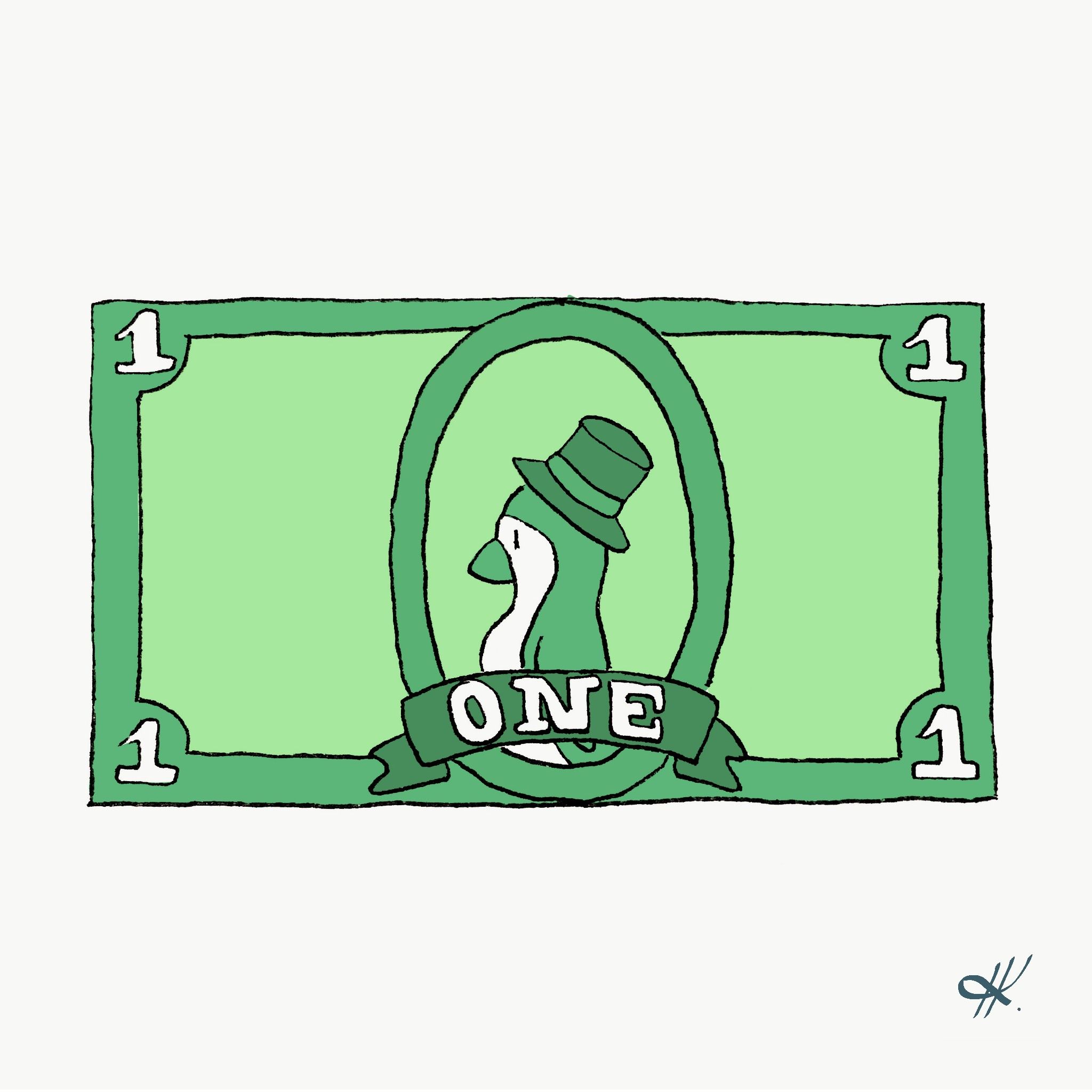 The Penguins thought this was great, now when they went to market they didn't have to use gold, Coffees would sell for 2 Gold coins or 2 Gary notes, each Gary note was as good as gold.

Before long, Gary had collected a total of 425 gold coins and gave out 425 Gary Notes which was traded at the markets. However, Gary would stare at the Gold Coins collecting dust.

Gary took 25 coins and loaned it to Trustworthy Tom for a fee, by taking 25 coins from the Igloo he now has 400 gold coins left but still issued 425 Gary notes.

Luckily, Trustworthy Tom paid back 25 coins in full with 5 coins in interest.

Thrilled with his easy profit, Gary took it to the next level and built a huge building with great pillars and a vault. This was to create an image of security and trust. He began to hand out more loans this time, only now, most penguins would give the gold right back and ask for Gary notes instead, Gary had created a Bank. As loans were made, Gary Notes were created, but without more gold being put into the vault, this meant that each Gary Note would redeem less and less gold.

Gary was starting to sweat, he was really low on gold reserves and had a lot of Gary notes out there in loans which were yet to be paid back.
Then one day, Frugal Frank came into the bank to withdraw 25 Gold Coins with 25 Gary Notes he had saved. He gave it straight to Gary, Gary was horrified and told Frugal Frank he couldn't pay the gold right this moment. Frugal Frank erupted and told the whole town that he couldn't get the gold he deserved with his Gary Notes, this caused a panic and all the penguins assembled with their notes and pitchforks, demanding to withdraw their gold coins. 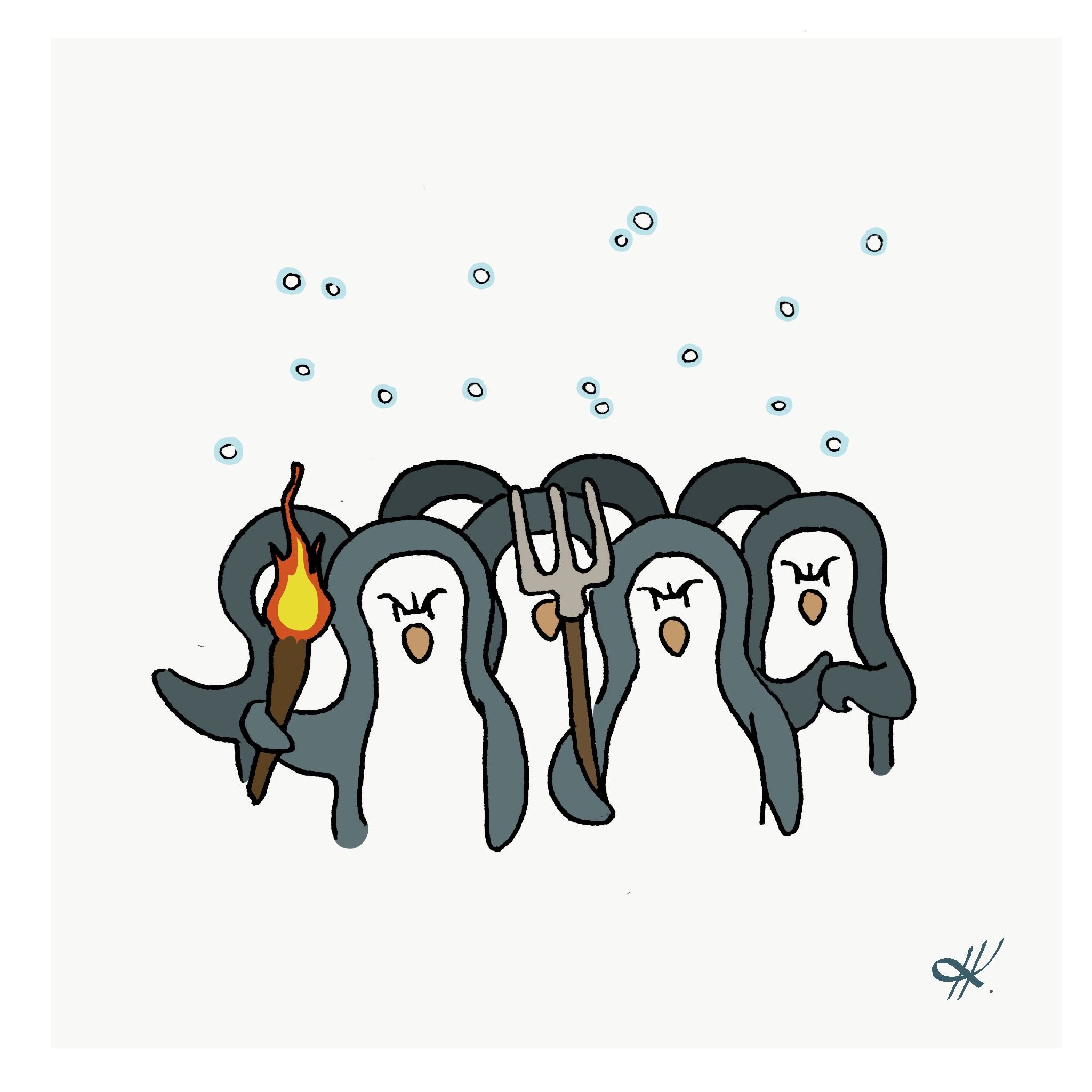 They stormed the vault to find just 22 Gold Coins, with their 2,543 Gary Notes this left them with less than a hundredth of Gold that the note had promised. Penguin town experienced a depression, Gary Note's were worthless and the gold was gone, jobs were lost because businesses couldn't afford their employees, the Penguins couldn't afford food and many starved. Great write up, I quite enjoyed reading it, it reminds me of something familiar..... cough banks/fractional lending cough

Hahaha glad you like it, I might make a sequel to this which will go into the evils of fractional and fiat.

Wow, this is really well done, I love how the penguin story keeps you engaged. This is worth way more than 4 cents! Any whales around? Keep up the good work. :-)