It kind of make sense which country our military-intelligence-industrial complex will be aching to invade next.
But we all seem to assume that America—the entity, the corporation—has some sort of larger reasoning behind the actions it takes, the actions put forward by the ruling elite. And almost all of us know that the reasons were given by the press secretaries and cone-shaped heads on the nightly news are the most fetid grade of bullshit.
We now know that the invasion of Iraq had nothing to do with weapons of mass destruction. We now know that the crushing of Libya had nothing to do with “stopping a bad man.” If one does even a cursory check of what dictators around the world are up to recently, you’ll find that the US doesn’t care in the slightest whether they are bad or good, whether they’re using their free time to kill thousands of innocent people. In fact, the US gives military aid to 70 percent of the world’s dictators. So if it’s not for the stated reasons, why then?
As The Guardian reported near the beginning of the Iraq War, “In October 2000, Iraq insisted on dumping the US dollar—the currency of the enemy—for the more multilateral euro.”https://www.theguardian.com/business/2003/feb/16/iraq.theeuro
But there’s more. Soon after Libya began moving toward an African gold-based currency—and lining up all its African neighbors to join it—we invaded it as well, with the help of NATO. Author Ellen Brown pointed this out at the time of the invasion:https://ellenbrown.com/2011/04/16/libya-all-about-oil-or-all-about-banking/ In the middle of the brutal war, the Libyan rebels formed their own central bank.https://www.cnbc.com/id/42308613 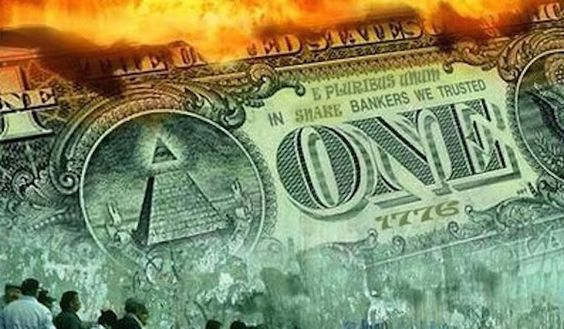 in February 2006, Syria dropped the dollar as its primary hard currencyhttp://articles.chicagotribune.com/2006-02-15/news/0602150153_1_foreign-transactions-syrian-prime-minister-naji-bodies
I think I’m noticing a trend. In fact, on Jan. 4, it was reported that Pakistan was ditching the dollar in its trade with China, and that same day, the US placed it on the watch list for religious freedom violationshttps://www.cnbc.com/2018/01/03/pakistan-china-ties-strengthen-after-president-donald-trumps-rant.html And today interior minester wounded in the gunshot?https://www.rt.com/news/425973-pakistan-minister-shot-iqbal/
This leaves only one question: Who will be next on the list of US illegal invasions cloaked in bullshit justifications? Well, last week, Iran finally did it: It switched from the dollar to the euro. And sure enough, this week, the US military-industrial complex, the corporate media, all got together to claim that Iran is lying about its nuclear weapons development. What are the odds that this news would break within days of Iran dropping the dollar? What. Are. The. Odds?https://www.middleeastmonitor.com/20180419-iran-switches-from-dollar-to-euro/

China launching oil futures in Yuan was the biggest slap in the face to the USA and the USD. That is exactly when Trump started the trade war! China has a big military and lots of nukes, so economic war it is.

You got a 86.30% Upvote and Resteem from @estream.studios, as well as upvotes from our curation trail followers!

You got a 61.72% Upvote and Resteem from @ebargains, as well as upvotes from our curation trail followers!

It's more or less a currency game.

Majority of the countries that US destabilised, invaded or supported rebel attacks were trying to stop dealing in the dollar currency. Gaddafi wanted to switch to payments in gold and he got killed in the streets. China and Russia also wants to stop dealing in dollars, as dollars gives US the power to control the world in their fingers and do as they pleased.

Imagine the whole world being dependant on a whole currency, the implications of that would be catastrophic if the currency were to evener have been destroyed.

Thank god we have cryto now

For a total calculated value of $52 STU, $102 USD before curation, with approx. $13 USD curation being earned by the paid voters.

This information is being presented in the interest of transparency on our platform @bitswami and is by no means a judgement of your work.

Congratulations @bitswami! You have completed some achievement on Steemit and have been rewarded with new badge(s) :