It's completely unnecessary, or is it...

I know what you're thinking, why on earth would you build a liquid cooled rig? Aside from it looking kinda cool, there are a couple of reasons: 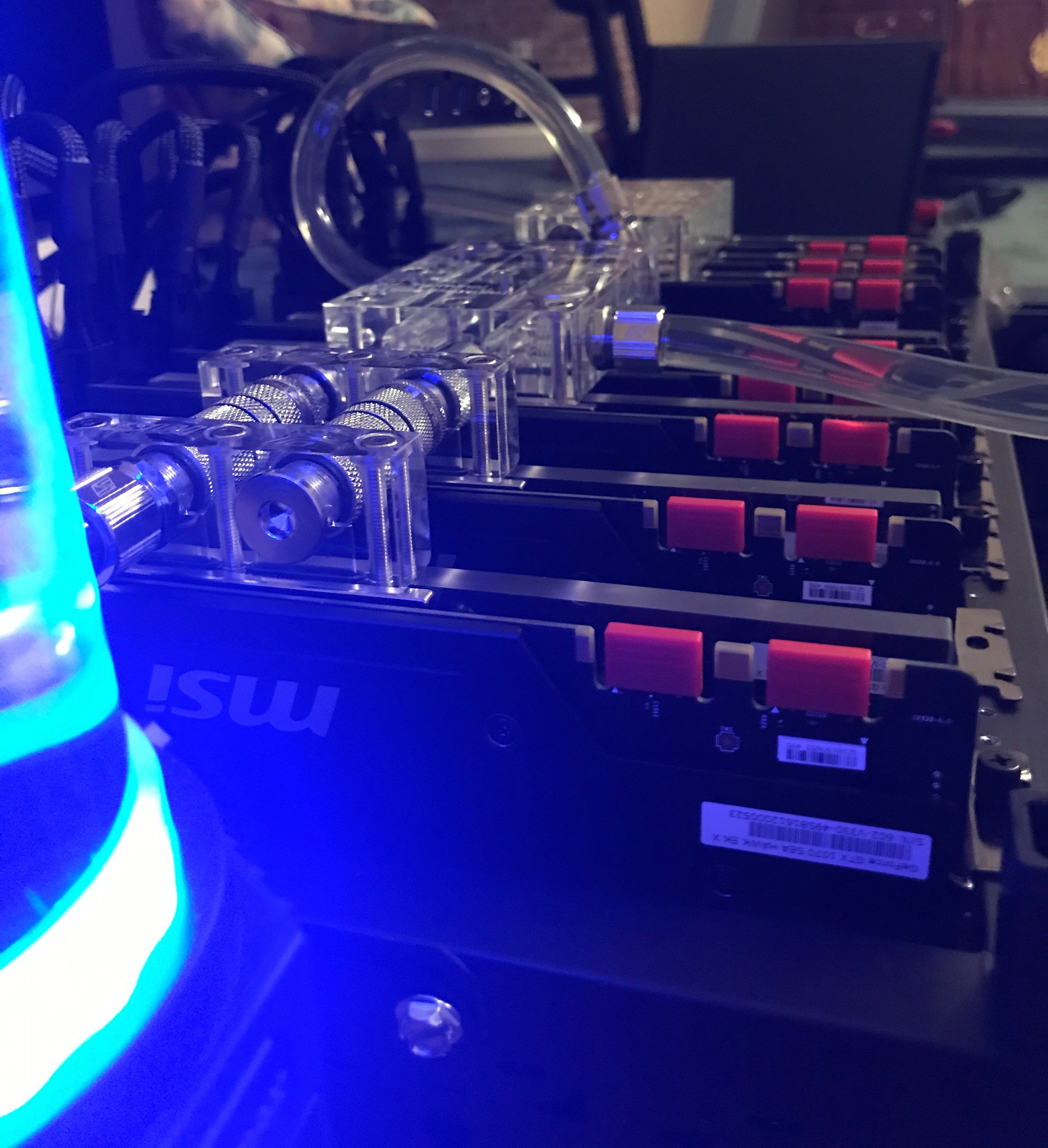 I built this a few months ago and to date, I've already covered the cost on all the cooling equipment (assuming bought at retail) plus about 30% of the gpu costs. Difficulty has been ramping up but this thing still generates a little over 1 ETH/month and will provide some free heat this winter. 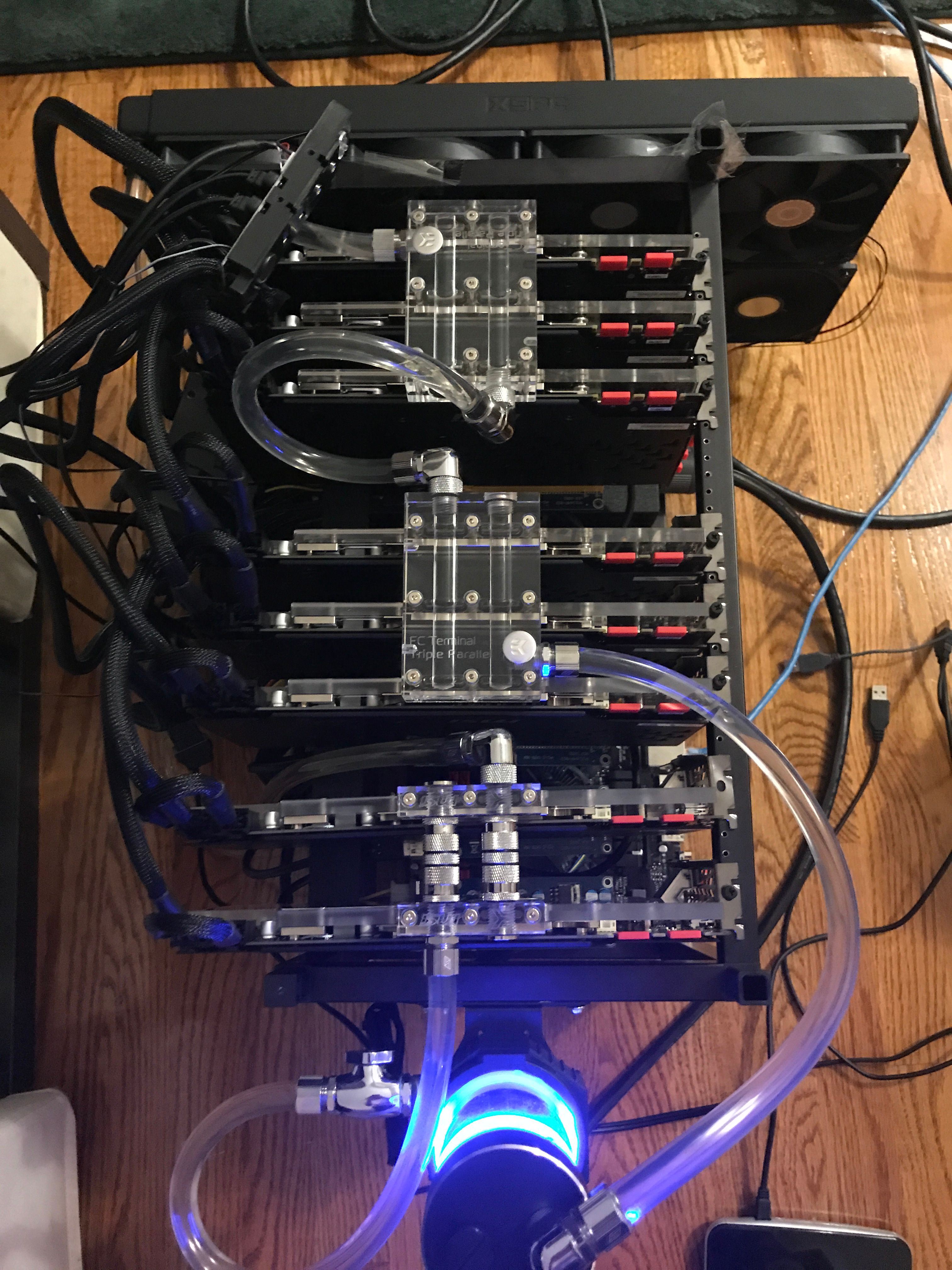 Think it was Worth it?

I've been meaning to post this for awhile but I've been really busy. Overall it was a lot of fun to build and I'm interested to see what do you guys think.

Damn mate, can i know how much money you spend on that rig?

It looks just amazing, enjoy it!

Why you should NOT get into cryptocurrency mining: https://steemit.com/mining/@walczakit/why-you-should-not-get-into-cryptocurrency-mining This post was resteemed & upvoted by @superbot - the Best Resteem bot on Planet !
Good Luck!

Follow for 10 minutes ,
Send 0.100 Steem/Steem Dollar and the URL in the memo that you want resteemed and upvoted.

So don't waste any time ! Get More Followers and gain more Visibility With Superbot .

Congratulations @frostedace! You have received a personal award!