beesting (32)in #mining • 4 years ago
My Mining Experience:
Crazy Journey But Crazy Fun

As some of the all time greats in crypto, I decided to take up mining not only to learn how to blockchains work but to be an active member in the community. A lot of people truly don't understand the importance of mining and would rather trade. While there is nothing wrong with that, you do miss out on one of the most exciting aspects of crypto.... MINING!

My mining career started around 2013 when I heard about the doge coin. So I got into the Doge faucet and mined it on my laptop. Even mining doge was rough on my laptop at that time, but it was also cool to see. I later stopped and got used to he hustle and bustle of life and didn't really think about crypto again until January of 2017. By then I was well versed in cyber security and just started a new job. One of the people I met at this job said his brother was buying him $500 worth of stratis every week because Microsoft endorsed it. Mind you I think Stratis was less than 10 cents around this time. I was like, "Oh that's cool" and I kind of blew it off. Then another guy was talking about where his bitcoin was and I was amazed it had jumped from the measily $12-100 that I rememebered it at to over $1k! Then I couldn't blow it off anymore.

So from there I started trading like a fiend and researching like a mad man. Learning more and more about the technology to a point where I said to myself "Self, it is time to MINE!!!" So I got out my laptop and started running Minergate.... God I was bored. So then I decided to take all of my bonus from work and make a rig myself. My rig consist of a used ASrock Mobo, a 850 gold PSU, some old R9 and HD78xx's and good ole EthOS. Or at least that is what I though. So, I had issues with this and went back to Ubuntu, only to create more problems with myself. I thought that I would have to go to Windows again to mine but I was determined and found Simple Mining OS (smOS). This thing worked like a charm for me and got me and my old GPU's mining HUSH.

Once I completed that I started to dabble in Cloud Mining. A lot of people stated that Cloud Mining was a scam and your would be better off buying the ledger/coin/token whatever. I had to agree with these folk, but only in the short term. Even with the fee's to cloud mine, if you make a hefty investment with a long term contract you can get your investment back due to your hashing power. But if you put a little in and expect a lot out, especially with changes in difficulty you will be disappointed. So I got into Dash mining, and then thanks to a reddit user I was able to get into BTC mining as well.

Here is a little look into my little mining heaven; called "The Beehive": 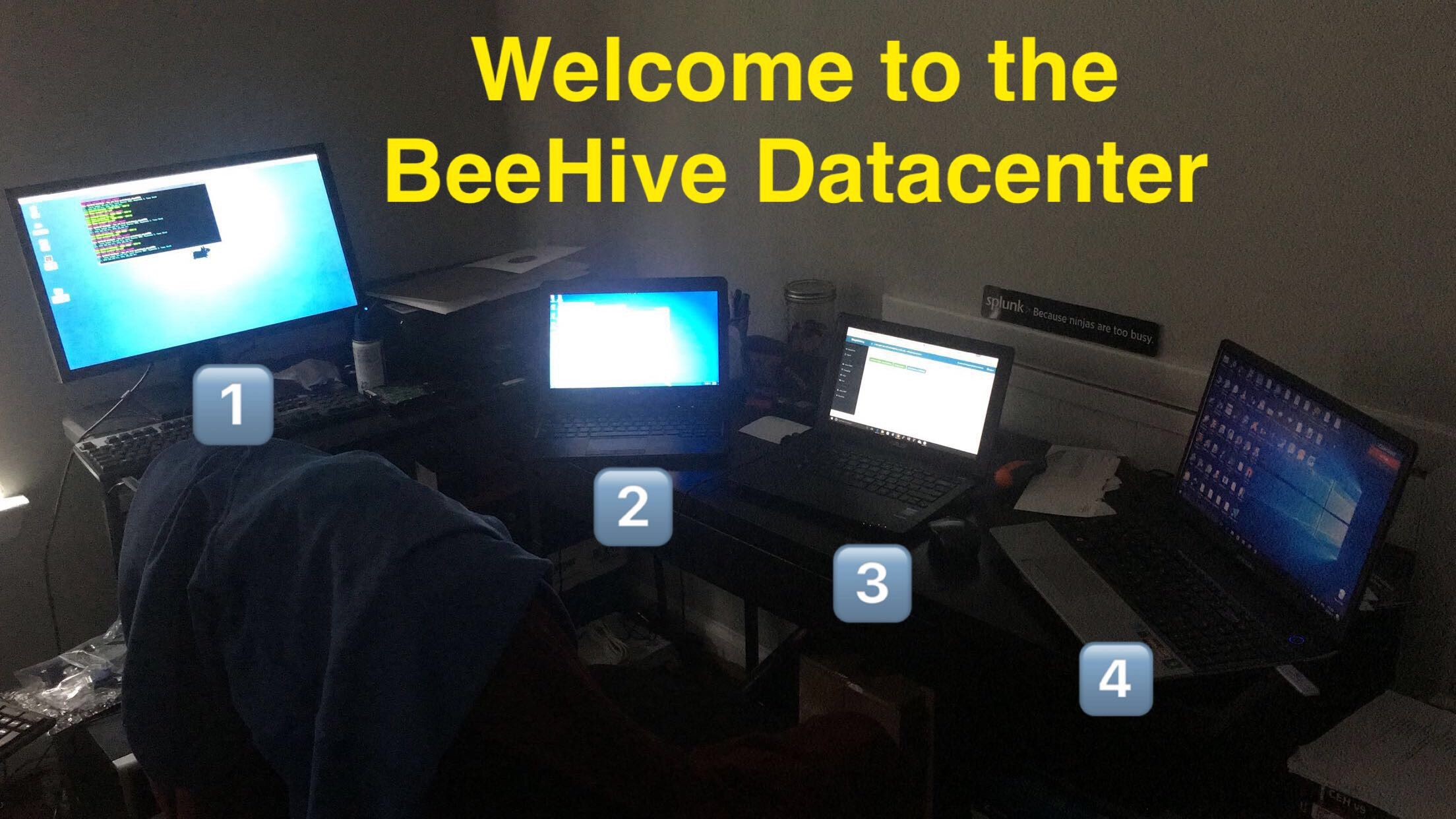 I hope to take some more pics of my rig when I upgrade it, and take pictures of ASICs and other rigs I buy in the future

If you would like to help me out I would rather you use this "PBjeNJ" to save on GM mining and get yourself into something that can get you some coin than donating to my direct address :)

ALSO! Ask me anything in regards to mining, I am willing to help out the best I can! No matter the type of mining, I am here for you Steemit members!

Thank you for following me! I'm glad you enjoyed the post!

No problem! Trying to get back to writing :) thanks!