THINGS to DEVELOP and THINGS to AVOID The connected discourses on the Truths (saccasamyutta) in the Samyutta Nikaya relates various topics to the Four Noble Truths to understand things as they truly are:

Right Concentration, as seen as the eighth step of the Noble Eight-fold path, is essential to the understanding of the Four Noble Truths. The characteristics of phenomena and existence show the relative nature in three ways: impermanence (anicca), clinging to them leads to suffering (dukkha), and to identify with them as individuality should be replaced with viewing them as not self (anatta). These three characteristics must be viewed with insight, regarding the five aggregates of becoming and six sense bases. Meditation requires seclusion, this can be physical seclusion in the form of doing a meditation retreat, or sensual seclusion during practice, or even seclusion by paying attention only to a particular thing you are doing at a given moment.

“Desiring seclusion you entered the woods,
Yet your mind gushes outwardly.
Remove, man, the desire for people;
Then you’ll be happy, devoid of lust.
“You must abandon discontent, be mindful—
Let us remind [you] of that [way] of the good.
Hard to cross, indeed, is the dusty abyss;
Don’t let sensual dust drag you down.
“Just as a bird littered with soil
With a shake flicks off the sticky dust,
So a bhikkhu, strenuous and mindful,
With a shake flicks off the sticky dust.” — SN I.197

3. Not have unwholesome thoughts of sensual pleasures, ill will, and harming. 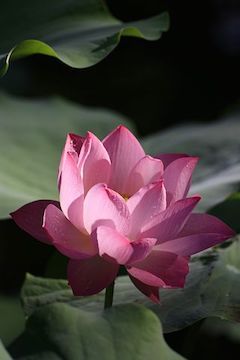 The remedies given for the types of unwholesome thoughts are given in the Majjhima Nikaya commentary:

4. Not have unwholesome [not beneficial and useless] reflections. These are reflections that serve no purpose and don’t lead to any insight or wisdom that help in one’s practice:

5. Not engaging in Disputatious [not beneficial] Talk 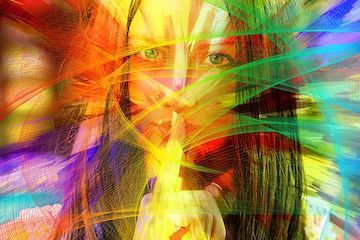 These are quarrels and debates that lead to no useful insight, nor are they in any way pragmatic in discussion with other practitioners of the teachings:

‘You don’t understand this Dhamma and Discipline. I understand this Dhamma and Discipline.’
‘You’re practicing wrongly, I’m practicing rightly.’
‘What should have been said before you said after; what should have been said after you said before.’
‘I’m consistent, you’re inconsistent.’
‘What you took so long to think out has been overturned. Your thesis has been refuted. Go off to rescue your thesis, for you’re
defeated, or disentangle yourself if you can.’

6. Not engaging in Pointless Talk.

This list could go on forever about topics that are not essential to one’s practice. To practice Buddhism is to focus on the important stuff, and not on the pointless topics and ramblings:

talk about kings, thieves, and ministers of state;
talk about armies, dangers, and wars;
talk about food, drink, garments, and beds;
talk about garlands and scents;
talk about relations, vehicles, villages, towns, cities, and countries;
talk about women and talk about heroes;
street talk and talk by the well;
talk about those departed in days gone by;
rambling chitchat;
speculation about the world and about the sea;
talk about becoming this or that.

These talks are not beneficial, irrelevant to the fundamentals of the holy life, and does not lead to revulsion, to dispassion, to cessation, to peace, to direct knowledge, to enlightenment, to Nibbana. 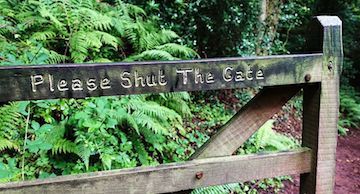 This is called ignorance, monk, and it is in this way that one is immersed in ignorance.” — SN V.429 The First Noble Truth
The Second Noble Truth
The Third Noble Truth
The Fourth Noble Truth
10 Fold Path Series
EATING MEAT — WHY THE BUDDHA WAS NOT A VEGETARIAN
I will flag comment spam at 1% strength. If you keep on spamming my post, I will flag you at 100%. I don't care if you have limited English abilities, write a couple of sentences about this article, no copy-paste, please. I will flag: one sentence comments, links to your blog and begging for up-votes and follows. Also, I will åflag comments that have nothing to do with my blog's article. I will also check your comment section to see if you have been comment spamming on other blogs.
Pictures From Pixabay Beautiful .. Interesting
Great post from you, thanks for the tips
Thanks for sharing

Of them i think everybody need more of "5. Not engaging in Disputatious [not beneficial] Talk" have that in mind the success comes true. Regards

I end up being quiet because of 5, I get nervous with people I don't know and start rambling inanely...hahaha

This is something I still struggle with, shut up and listen and don't engage if I don't have something helpful and interesting to share...

Going to a silent retreat helped me see this habit and work with it in depth...

Isolation shall be for the benefit of man
To think about things calmly, I adore isolation when I am the envy of anyone

I've always enjoyed being alone with my thoughts and projects. What has been difficult for me is letting my projects and thoughts go when I meditate...hahaha

Waking up and watching my thoughts go around in cicles has been my main practice for years. It is hard for me to stay in bed because I want to get up and go to work. I wake up around 4:30am no matter what and I stay in bed for at least an hour and try and just be still even if I am at retreat...even when I am alone I am not alone...hahahaha

It takes about five minutes for me to go to sleep...I never remember dreaming.

Interesting. .. I guess it is said that suffering is the default truth in life. That why those who are happy should rejoice! As it's not the baseline, but something to constantly work

Suffering isn't the truth, grasping or running away from what we like or dislike is the cause of suffering. Our conditioned reaction without any awareness regarding reality as it is...mundane or realitive happiness is like saddness, it is constantly changing, people are always trying to hold onto what makes them happy and run away from what makes them sad...this is suffering

Letting all this go, getting off the merry-go-round is true happiness!

The articles are my first lessons from my first Buddhist teacher a Korean monk, I called him Sunim, which means monk in korean. It makes me happy to share what I learned and remember Sunim's patience and kindness when he worked with me...he taught me what true compassion means.

four glorious truths with very good sermon preaching. please read your post @ reddust. i have upvote and resteem your post.

No preaching, I learned that I can share this information without hope. However if any of this is helpful for someone who is suffering and the teachings can help them learn they can change their mind for the better than I am happy!

Agreed that quarrels bring more division that reward. It is interesting to see common threads in religions of the world. Thanks @reddust.

There are so many common threads throughout religions when it comes to virtuous behavior bringing true happiness! I think this is what we all need to focus on even atheists....hahaha ;-)

Very wonderful read. I believe more of the newer steemians should read this. I for one never signed up for steemit thinking I was going to make huge rewards every post. Trust me, I saw the payouts. I just saw BIG potential. Funny thing is, I discovered STEEM 3 weeks before I discovered steemit. I was already hooked to STEEM, it was more valuable to me than steemit was. Steemit then was just my virtual holding spot. But then I started looking around steemit's community and how it all worked, I now see steemit (the community of users) as worth more than STEEM was.

I think these lessons can help anyone, new or old steemians @shihabieee. We can enjoy ourselves here and learn new skills, meet people who are interesting and if we don't earn what we expected take our happiness from things that have nothing to do with momentary rewards.

Great!
A bitter-truth post that cares for every newbie long term success on steemit !
Thanks for sharing these helpful tips.

The truths if planted correctly will sprout, cultivate and protect our seedlings and someday they will grow sweet fruit!

Unique stily with useful information. Thank you for your support

Thank you @dobartim and I hope you reach your goals and surpass them!

Thank you @reddust My idea, As people connect from ignorance to the fluent and ever-changing forms of reality, they can not get rid of the cause-effect vicious cycle, they feel pain.

That is the law of nature-cause and effect. It is like gardening, if you plant bitter seeds you will get bitter fruit and don't forget to pull the weeds root and all! hahahaha <3

Redduts I will comment in English, but I will help with the translator.

Not engaging in Disputatious [not beneficial] Talk!

But how can I train my skills in bullshitting other people if I won't engage in disputes with them :((
It's such a great feeling to persuade the one who was right to think that he was wrong! Haaa-hahaha (Evil laughter).

Thanks for the tips. I need to invite my Instagram followers to join the platform. I just joined yesterday, so I didn't even realize you could direct message on steemit, before I read your article. I will certainly stay out of the vote begging crowd lol. Thanks for the tips.

Yes it would be helpful to stay away from I follow you, you follow me and please upvote my article. The best way to grow your blog is to leave relavant comments that have to do with the article. Engage the author and your reputation will grow quickly. Eventually if your content is engaging you will also earn rewards. This site is ilke a business, it takes time and patience! The lessons I share will help with insight and patience...hahaha

Thanks for taking the time to write this up and help promote the value of meditation. With all the "technology solutions" available to help people calm down, sleep better, relax, or enjoy life more, I'm glad there's still enough sanity in the world to realize that the solutions we want and need are still between our ears. Off to meditate now!

This post has triggered something inside me, I have to admit that I do not understand all of the part but I do most of it, I do meditation but not every day, just 3 time a week, I go to the jungle at least 30 days in a year just for seclusion, even not in one time, and I found that my temper become lower and lower when I come back home again. I go to the jungle to look back of my life and kill my anger and fear when I am alone. When I have no one aside I learn how important friends and family I have had so far. thank you @reddust

wish you a better life

Having had a lot of issues in life, depression/anxiety being the most destructive to my personal growth and higher calling. I’ve begun to explore Eastern-ways of thought and am trying to learn mindful meditation. This was an interesting post, glad I stopped by for a read. Resteeming...

Many of the things I love in my life and most important when I am alone, take me deep and dance
I am planning to do what I want with all the comfort of my soul and complete tranquility