PHOTO STORY - This photo is of me in the first month in the military. This picture is taken when we were on our company exercise (mærketur), to prove us worthy to wear not only the uniform but also the company tag, which you can see below.
At the time being, I thought to myself this is the thoughtest thing I have tried in my life, and I was probably right at the time but it was of course only the beginning.

The exercise was two days where we learned about creating a temporary base BSO, where you recover and rebuild your fighting ability and hopefully hide from the enemy. We also had some training in fighting and wayfinding in the dark (it quite thought if you were wondering).
Well after two days, where we were "compromised" twice by the enemy, the first day around 4 am. we had to pack our stuff and ran for 2 hours, where we had made a new temporary base.
The base when building the temporary base you have to make bivouacs, near defences and AKP(Where one enter the base), these defences are dug holes as you know them from movies. When in the base, you have codes to enter and leave the base, as the person in the AKP would say a number, and you would answer and it should be 7. (example - he says 3 you answer 4) this includes all sergeants, the captain etc.
anyways after the second day, where we were "compromised" around 5 am, we got attacked by (i was asleep) and was woken up by loud bangs and booms, I can tell you one can pack up his stuff fast, when in such situation, well after running from the "enemy" for 2-3 hours you get tired, and I actually thought we were done BUT. This is the part the photo is from. 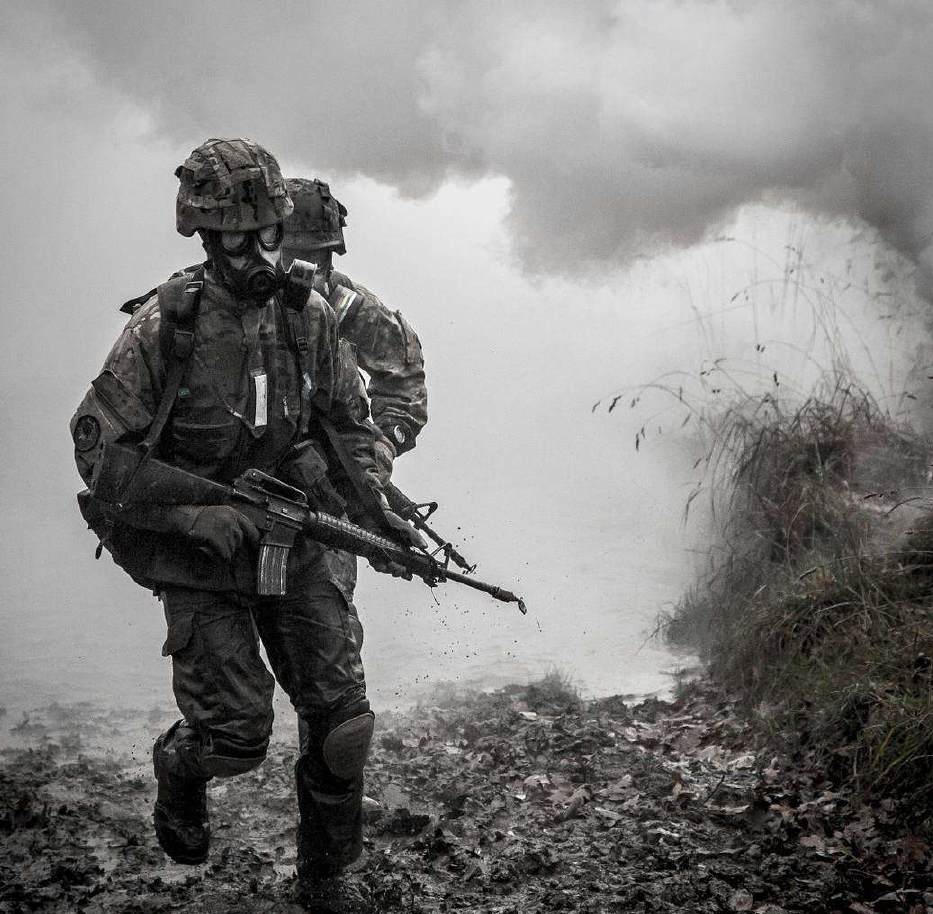 #portraitphotography
Mærketur or the company exercise was then in groups or your own squats, consisting of 10 privates and one sergeant. This exercise or course was a "race" with obstacles you had to overcome in the squat. the photo is after we had been running for 2 kilometres with the gas masks, and midway on the run there was a fainted person so we had to carry him on a stretcher the last kilometre. afterwards, we had to help each other to get past some steep slopes, where we had to tie a rope around our waists and, pull one another up. The last obstacle was the most challenging, we were shown along a muddy ditch, and at the end of the ditch there was a 60m long pipe which was half filled with water, so you had to crawl/swim on your back so you were able to breathe, this was the most terrifying as you had no idea how long the pipe was, and if you have a bit of claustrophobia it is not that fun, anyways the whole squat got through without panicking more or less and we had the fastest time, this was the fundament for what became my time in the military.

Thank you for the interest :)