Hangover - a guide through the path of pain 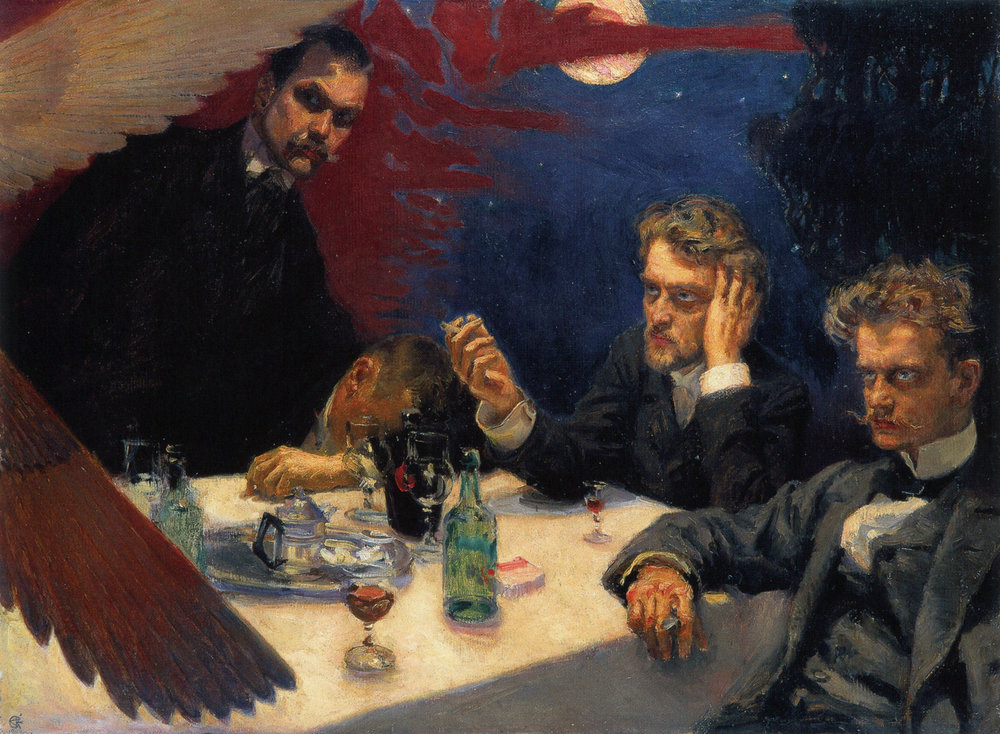 Alcohol has accompanied humanity for a long time. When our ancestors noticed that after eating that half liquid, weird-tasting, laying there a bit too long fruits, they felt a bit better. And so, a never ending chase after that elusive exultation has begun. Accompanied by fermented beverages, people were having the time of their lives and then, IT appeared. Like the cruel death comes after life, so the lovely, intoxicating night is followed by torment we all need to face. Hangover. Everyone, who has experienced the wonderful boozy promise of a better tomorrow, has also met the consequences of the previous night next morning. In spite of that enormous misery that has been suffered by past generations and will be suffered by the next ones, the hangover phenomenon is not known by public opinion from the scientific point of view. Everyone knows that it hurts, stings and burns although only a few understand why their evening of joy ended with that particular set of tortures. Let me guide you along that path of pain and explain most of its aspects. In other words, why alcohol takes us on a long tramp through the hangover hell after the passing illusion of heaven. Everything that will be mentioned in the article has its confirmation in current medical knowledge. For too long hangover has been subjected as a topic of free interpretation (that's why there are so many superstitions and domestic theories about this issue). This matter is strictly medical and that’s how we are going to approach it.

Let's start with the basics. As we all know, from science classes in primary school, most of the consumed alcohol(approx. 95%) is metabolized. Ethyl alcohol dissolves in adult man’s organism at the rate of 7-8 grams per hour, which translates to decrease of blood alcohol level by 0.01-0.015 basis points per hour. Ethanol metabolism is a dual-staged process that starts with an oxidization of ethanol to acetaldehyde and then to harmless acetic acid which decomposes into carbon dioxide and water. And why does this matter in terms of a hangover? The most compelling reason is the fact that the most of harm stems from the alcohol metabolism rather than the alcohol itself. The first stage of biotransformation is placed in hepatocytes’ cytoplasm (the cells of liver parenchyma) featuring the enzyme with the charming name alcohol dehydrogenase. Due to that enzyme, our liver converts an alcohol into aldehyde so we become less intoxicated over time. Does that reaction bring us benefits? Well, if you are interested in sobering up and returning to your dubiously eventful reality, chances are you will get there. Unfortunately, the elimination of alcohol comes with a price. The price we need to pay is the acetaldehyde, which is 90 times more toxic than the alcohol itself. Besides the oxidization of alcohol, alcohol dehydrogenase has another interesting aspect. The enzyme determines how strong head we have and how quickly we become intoxicated. Alcohol dehydrogenase is polymorphic and has 20 isoenzymes(to put it simply, those are the same enzymes that vary in certain biochemical parameters but still catalyze the same type of reaction). The number of isoenzymes, as well as their parameters, have an impact on the rate of alcohol metabolism and they are genetically variable. It means that everyone of us has a different capability when it comes to the metabolism of alcohol. And therefore, the influence of alcohol will be different, depending on gender, race, and many other aspects that have a bearing on genetics. Of course, we need to remember that the main factors which determine our drinking abilities are certainly well-known external factors, such as the amount of alcohol we have consumed and how much time it took us to drink it. Due to that fact, we can say that there is still some justice in this world left. Especially, when the guy you don’t like starts to show off and pretend to be the coolest man on the planet by bragging about his liquor-holding abilities. Eventually, he ends up falling into his own vomit and smashes that stupid phiz of his. (yey!) 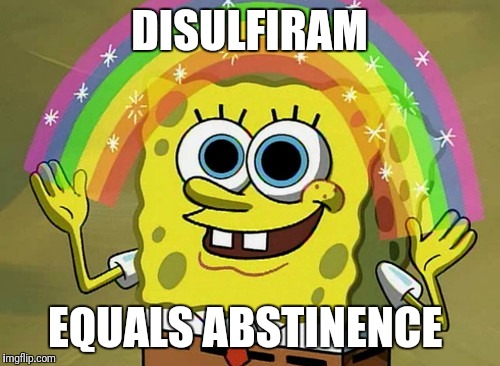 So? Have you oxidized the alcohol already? Does everyone has his toxic acetaldehyde? Brilliantly! Let's get down to the next stage. At this point, when the party had started, we cheer and our organism works like billyo to metabolize our baverage of indulgence. Therefore, hepatocytes oxidizes the previously obtained acetaldehyde to unharmful acetic acid. The enzyme which is responsible for this reaction is aldehyde dehydrogenase and as the last one, it also varies in isoenzymes and their activity level. People with high-activity of aldehyde dehydrogenase tend to suffer less during the morning after feeling, unlike those poor things which part of their isoenzymes is characterized by low-activity and as a result, their hangover is more painful. That enzyme is also a treatment target when it comes to using such measures known as an Antabuse. More precise name of the drug is disulfiram. It works by inhibiting aldehyde dehydrogenase and increasing the blood level of acetaldehyde, intensifying hangover symptoms. The drug taken by a patient thus causes the hangover of his life so as he could deeply reconsider the sense of drinking binge and also his life. Just as the ghosts made Scrooge to retrieve the true spirit of Christmass, disulfiram given to all the drunks may finally restore some common sense in their lives. So, we have gone through the most crucial points of alcohol metabolism which is mostly based on these two reactions. However, even though I’ve written volubly about ethanol and acetaldehyde the question of their harmful properties aren't still introduced. Let's start with an ethanol. The most recognizable effect of its consumption is dehydration. “We exsiccate ourselves” in relatively simple mechanism. An alcohol inhibits the secretion of vasopressin - the hormone that impacts kidneys, causing water retention in the system through urine concentration. In other words, when the organism starts losing too much water, it releases vasopressin to retrieve some water from the kidneys, where the water is regained from emerging urine (primary urine) and returns to the circulation. Alcohol decreases vasopressin’s excretion which is quite easy to notice as we start to pass bigger amounts of urine and urinate more frequently after we consumed a certain quantity of alcohol. Due to that process, we dehydrate and we intensify the after effects of dehydration by the fact that during alcohol consumption, we rather don't drink any water. We mostly drink alcohol itself, obviously, some of its forms have pretty refreshing taste however its taste is the exact opposite of what is the final effect (in terms of hydration). In the process of time and increasing intoxication, we pee more and more and at the same time, we continue to drink even more alcohol. When the party is over and we go to take a proper rest, our organism is still dehydrating. During our lovely sleep (well maybe it isn’t so enjoyable after all) we are not able to drink any water. It all results in something that we all know even too well. We wake up as dehydrated as nun’s certain body part. Moreover, the cottonmouth is not the worst thing that happens to us. Pain. A horrible headache that can not be mistaken with anything else. Well, but how is this so, that non-functioning vasopressin which targets kidneys as its site of action, yields such terrible headache? Read carefully, as you will never forget this mechanism. The loss of water which we dispose of by urinating causes the construction of structures called cerebral meninges. Cerebral meninges, while shrinking due to dehydration, press on blood vessels. Those vessels have innervation, unlike the brain structures which are not able to feel pain because they lack pain receptors (nociceptors). Thus, meninges constrict and press on nerves located on blood vessels. This pressure is sensed as pain which is felt as this sharp, stingy headache. The most common sing of hangover. 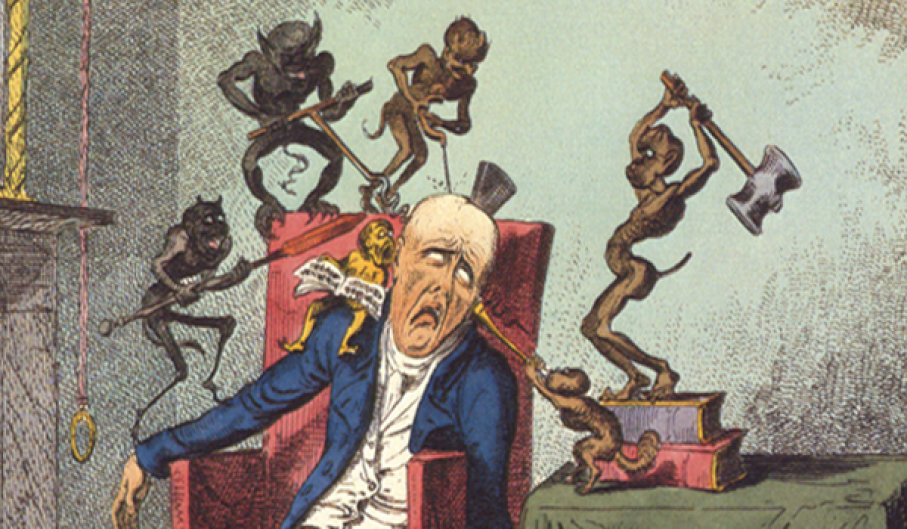 Another hallmark symptom of a hangover is fatigue. This symptom has complex etiology especially since our drinking is accompanied by a small amount of sleep. Nevertheless, even if we manage to get a proper sleep night long, in the morning we certainly don't wake up with full energy, to say the least. Hypoglycaemia (low blood sugar level) is the one which stands behind our feeling of tiredness. Alcohol treat us to a hypoglycemia in the number of ways. Primarily, by the inhibition of glucose synthesis processes – glycolysis and gluconeogenesis. Furthermore, alcohol decreases beta-oxidation and citric acid cycle efficiency(I am aware that these names may not say much for most of you, but I am not entering the competition for the most boring article in the universe with this paper, so lets don't launch into dark recesses of biochemistry) and therefore, reduces our metabolic capabilities. Increased levels of lactic and uric acids caused by alcohol cause an acidification of body. Metabolic acidosis, because that's how it is called, also contributes to our seedy feeling. Moving on to the next feature of alcohol destructiveness. Ethanol impairs the mucosal barrier of bowels which induces increased permeability yielding diarrhea. With diarrhea and excessive urinating, we remove a relevant amount of electrolytes (Na+, K+, Mg2+). The lack of these microelements significantly interferes with the functioning to such an extent that the cases of few days drunken parties may result in an emergency department stay (convulsion, palpitation, and hypertension are the typical signs). When it comes to the malignancy of acetaldehyde, its negative effects mostly depends on the damage on the cellular level – structural and enzymatic proteins, cell membrane, DNA and many others. Consequences of its activity majorly have long-term nature and they are the subject for another paper. The same goes to alcohol, which, next to hangover, characterizes with the great number of other consequences developing in the process of time. Their story shall be continued in the next article. 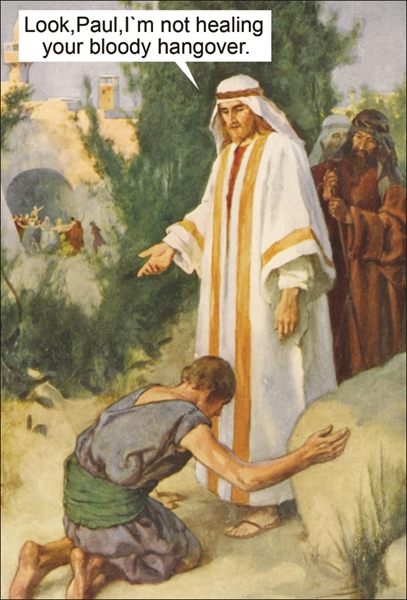 To bring my dilatation to a close, it is worth to say a few words about the hangover treatment. Sadly, after perusing a few different learned books, I don't have good news. With the fight against hangover, a man is left on his own however, there are some promising projects which could be every drunkard's salvation in the future. Besides that, it is important to remember that before and while we are drinking, we can overtake plenty of reasonable actions to minimalize the damage inflicted on the next day. Hangover prophylaxis and treatment are also to be continued. In this matter, it is worth to stress the fact, that we cannot rely on any drug that will set us free from consequences of our acts. There is no superfood, pill nor the spell that allows us to have a cake and eat it. It is thus even more important to put on your adult pants, shoulder what have you done to yourself and open the door for the pizza guy. Because pizza is important when you're hungover. Haven't I mentioned that? When we sign our very own pact with the alcohol, our boozy devil makes it very clear: the price we are going to pay will be as high as great was the last night of ours. Looks and sounds like something Modern Drunkard would publish.

I should consider a subscription. I wasn't even aware that there is such magazine on the market.