How To Plan An Effective PR Campaign

The long wait is finally over.

You have put in tons of work over the past few months (or maybe years) developing something new and exciting to share with the world.

Maybe it’s a new startup that offers robust security software to businesses. Perhaps it’s a new app in your company’s portfolio that has some incredible new features. Or maybe your boutique SEO agency is merging with another company and preparing to scale up operations.

Whatever work you have put in behind the scenes, there comes a time when you need to share it with the world.

That means you need to start planning an effective PR campaign.

Get Your Name Out There

While small business owners are usually adept at taking on the minute, day-to-day challenges of running a company, when it comes to PR campaign planning, a lot of people are lost at sea.

In the interest of helping entrepreneurs get some valuable brand recognition on a budget, here is a complete guide to planning an effective PR campaign:

The Complete Guide To Planning An Effective PR Campaign

There is no use starting out without a clear idea of what you want to achieve. It’s important to keep in mind that these objectives should be measurable. Some common objectives are:

Kenny Goodman has some words of advice for planning clear objectives in a PR campaign.

The trick? Setting measurable targets. “It’s essential to have a thorough knowledge of what you want to achieve, and to have a realistic timeframe in place” for achieving the objectives, writes Kenny Goodman.

We could not agree more.

As you probably noticed, a list of objectives can be relatively broad. They are meant to state the end-goal of the PR campaign without describing how to get there.

The how is all about formulating goals.

As Sarah Lake puts it, your goals need to be “specific, measurable, results-oriented and time-bound. These goals must be in-line with your overall business, marketing, and sales objectives.”

So let’s take the first objective mentioned above as an example.

If you want to increase brand awareness, one of the best ways to do that is to get featured on an important site relevant to your niche. That is a major goal of your overall objective.

The goal of being featured on an important site comes with a number of sub-goals. For example, you will need to:

Your target audience are the people who you think would take an interest in your story or message.

One of the biggest mistakes made by small business owners is that they assume everyone wants to know about their business. It’s just not the case.

In the same way that digital marketing techniques are extremely specific, developing a target audience for a press release needs to isolate groups by all the important indicators like demographic, psychographic, region, and interests.

So what does that mean in practice? The first thing is to assess what segment of your consumer base will be most interested in your press release.

Once you have made that assessment, it’s time to figure out what channels this target audience uses most. Is it Facebook, Twitter, Google search, email, or something else?

Figuring out these two factors will give you the hard data you need to reach the most relevant audience. 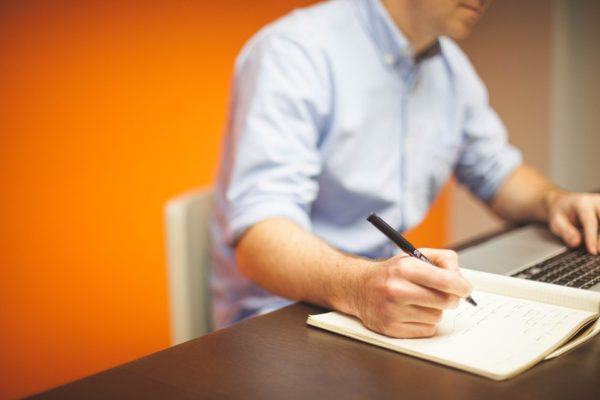 How To Plan An Effective PR Campaign

Now it’s time for the creative portion of the PR campaign. Given all the information you have gathered about the product, target audience, and intended impact, you should now be in a good position to write about it.

As you go about writing the press release, Zach Cutler has some tips for writing a great press release that you should keep in mind:

Getting great contacts is easier than it seems. There are resources that make it quite easy to connect with relevant journalists who write in your niche.

Dmitry Dragilev would be the first to tell you that pitching journalists is a craft that can be learned. In his recent post on “How To Pitch Journalists and Press – The Definitive Guide”, Dmitry points out some of the most effective tools and techniques for connecting with the press.

The first tip he gives is to target writers specifically. “The biggest mistake you can make when pitching a publication,” Dragilev says, “is to pitch your story to the editor.”

The nice thing is that sites will publicize who their writers are.

Be Friendly and Direct

Dmitry also recommends some tips for how to email the journalists.

One of the most important tips is to offer your story to the journalist rather than asking for a feature.

Dmitry points out that “journalists get hundreds of emails every week asking for coverage. They get only a handful of emails giving them something valuable.”

Being conscientious of these subtleties will give your pitch a heightened sense of professionalism and intrigue!

Just remember: you will be doing all these tasks under a relatively strict timeline.

Outreach efforts should ideally begin 6-8 weeks before the launch, but there is probably going to be less time if you take a bit longer on isolating a target audience and writing the release.

While the campaign is running it’s important to keep track of key metrics. For example, if outreach efforts are not working in the first two weeks, perhaps the press release should be re-written?

The third principle is one of the most important considerations to make when assessing the PR performance in key areas.

Test Your Objectives and Goals

It’s important to keep in mind your overall objectives and goals when assessing the campaign. It will help clarify what worked, and what to do differently next time.

Just A Matter of Planning

As with a lot of things in life, running an effective PR campaign is just a matter of planning.

Give yourself and your collaborators 3-4 months to execute an effective campaign from start to finish, and return to this post if you get stuck along the way!