Ascension Earth - Birth of a new Sun: Who are the Mantid Guardians? 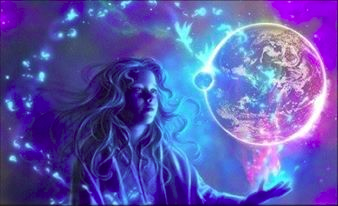 Ascension Earth - Birth of a new Sun is a new book, published as an e-book by Cumberland academy, and written by Sandra and Max Desorgher. It is available for $22.50 through https://payhip.com/b/FC1Z

The book came about as a result of Sandra's life experiences of being taught in the 'Dreamscape' - a high energy state of altered consciousness that happens during her sleep cycle - by the 'Mantid', or 'Guardian'

'My Guardian and one of the Ancients who know the history of Earth.'

Sandra writes: 'In mid-April 2017, I woke with vivid dream recall, and began to share them with Max, my husband. We began to record and then write down these recalls, and that grew into a 207 page e-book. The book covers a multitude of topics, including deep state secrets, the hybrid program, the moonbase, the truth about silent superbug - 'Morgellons Disease' - and the artificial intelligence that is controlling our planet during this Ascension process. It is about how humanity can wake up and reach the next level of consciousness. The cosmic story of life emerging in our galaxy is told as viewed through the eyes of the mantis being, a 6th dimensional intelligence that is now helping the earth and humanity through the challenges and mysteries of Ascension.'

Excerpt from Chapter 4
United We Stand – 1000 years of deception
"The deception goes back in our human history thousands of years. Our history as humans has been created for this time in our solar system’s evolution, a time when the life force energy is cleansed, purified. Other planets have undergone their major cataclysms and their histories are evident in the cosmos, their record of events available to a few ‘earthlings’. Our quadrant of this solar system has been ‘quarantined’ since the seeding of this planet by the human in perfect form – man - by God the creator. We are here to experience life in this dimension, good and evil, light and dark with no further intrusion or manipulation by dark force energy, demonic artificial intelligence which is determined to reach earth and claim victory as the greater power – more intelligent than the light. The atoms dance to the vibrations of the light and the darkness but the artificial intelligence traps the photons and manipulates DNA fragments, creates illusions of life.

The agenda that seeks to control us requires secrecy and deception for it to succeed. At this time it is essential to understand that we have been kept ignorant through mis-information."

The Ancients - The Mantids ‘Guardians of the Light’ 'The Mantis beings have seen humanoid beings evolve spiritually, scientifically and philosophically. Some of the 6th and 7th dimensional beings from the Zeta-Reticula area were once Sirian or are related to Sirians. Naturally evolving hybrids and different types of humanoids forge relationships and produce offspring. For example, an American may have
dozens of types of DNA markers, and that is true for other humanoids within our solar system. The insectoids which are bi-pedal and have advanced to the 6th dimensional level are called upon in this time, the last 100 years, to aid humanity.'

There are also Mantis beings who used technology to come into our Earth and who were then captured and have been used to work on the Moon base and other bases. The reports of mantids involved in abductions and experimentations has given rise to the idea that the mantis are not to be trusted. The book seeks to clear up the many confusions and misinformation about the many types of beings that are interacting with humans at this time, including the Mantis, the Reptilians, the Zeta Reticulans and the Pleiadians.

The Mantis have exceptional telepathy and are very calm, skilled with equipment and fascinated by human behavior.
Sandra's involvement with the mantis guardian began in early childhood when she was taken onboard 'craft' which she describes in great detail. Later, the contact occured during hospital stays and 'out-of-body' experiences. 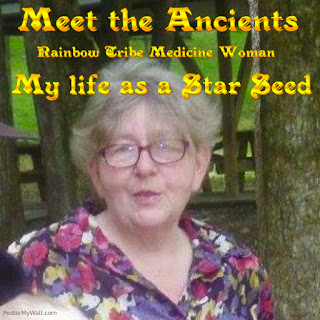 Preparing us for the next level
‘There is a physiological communication which is with and through the mantis beings that was apparently established when I went in hospital. So when I was, before that, going with the tall beings onto the craft, back and forth, I have no visual imagery to suggest that those were mantis beings. But when I went in hospital, when I was very sick -- and it wasn’t the first time -- I had also had a surgery when I was 10 months old, so it seems as if the mantis beings may be able to work, or are in some way involved with individuals who come in with the DNA confusion that my body has. People like me. To keep us alive. So this theme is another theme that runs through the mantis beings and the reptilian beings is a fixation with keeping things alive in physical form. Here on earth.'

Sandra has been shown that the Mantids are working with a specific group of soul incarnations - the 'Starseeds' and 'Light Children'. Of these, many are now young children with autism ADHD and children with 'special gifts' known as the 'Indigo Children'. These children are gifted in that they are in direct contact with their higher selves, but are struggling with the toxic environment of the planet, causing the difficulties we see in the autists and ADHD children.

The final battle to overthrow the forces of darkness that is still in control of the planet earth, is a spiritual battle involving many levels of beings, including us humans who are being prepared for the revelations of who we are and our place in the Cosmos.

The Ascension that has been promised cannot be stopped. But it can be interfered with. Our weapon in this battle is Knowledge, and this book is part of the great outpouring of Knowledge that is occurring at this time.