Should I sell my Ariana Grande tickets? 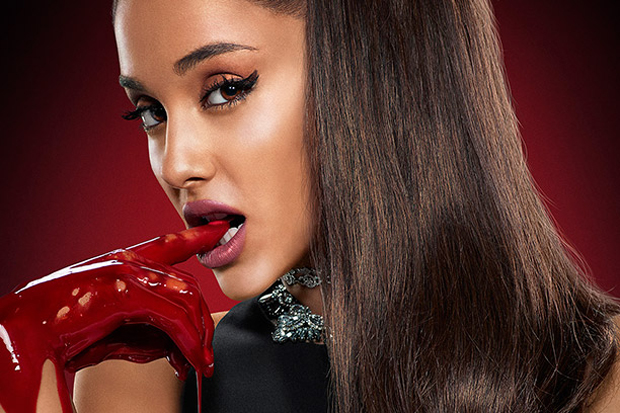 Seriously, safety in Europe is not granted anymore. Especially at big events like concerts. I have tickets for a Ariana Grande's show in Frankfurt Germany and I am concerned. It's ridiculous to give up the freedom to do whatever you like but after 10 terror attacks here in Europe in only one year I feel like living in Afghanistan.

No. It can happen anywhere, but chances are still very slim. There are so many ways to die. These few acts are just blown out of proportion by the media, giving them more attention than they deserve. As soon as we start acting differently, they'll have the upperhand. Let's not grant them the satisfaction like the media is doing.

If you sell out of fear and worries, you are giving in and letting the bad brains win one over on you. The likelihood of it occuring again in an identical situation, is slim. I think you should hold head high and carry on enjoying yourself. Do not fear! :)

They'll have extra security at the next one. However it makes you wonder if they're going to cancel the tour early.

Let's see what her management does. She may cancel the tour herself.

My friend just posted this. I think wise words suited this post :)
"21,000 people went to a concert last night and at least 22 people will never be going home. None of these I guess were politically motivated and most probably weren't even old enough to have a vote, yet they were targeted by the most cowardice act.
My daughter, like many people's kids will be going to a concert event this weekend and as parents, me and her mum will be so anxious until she gets in my car later in the evening.
These scum need to know, they can do cowardly acts, but they will never beat the British people."

"but they will never beat the British people" / but they killed 22, so they actually achieved more than that

Killing is not winning. It is tactic. A tactic to divide us. A tactic for us to make wrong choice perhaps in votings. A tactic to split us further on our Brexit debates. A tactic to make us blame muslims. Whatever the tactic and outcome they hoping for, they have already lost.

British people brains grow rapidly. The people are already coming together. Declaring to others not to blame muslims. Not to be scared of future events. Not to hide out of fear. Not to blame any peoples, of any race religions.
Just blame the misguided morons who did this. Who seem to believe heaven awaits them and that killing children/peoples will somehow make them great. Make them remembered. No one remembers these peoples. Everyone is happy when the die. But also, Everyone doesn't wish for them to die, because we not like them. We just enjoy satisfaction of karmas? Justices? People powers? United country and peoples? ...Many things i suppose.

Why else do you think British people have special humour and ways of existing. Our history is full of legends and strong blood, strong minds. We are ever evolving. I love to see outcomes. See people prove my words correct. People are already seeming to prove me right when i observe current social medias.

But in meantime we think of those children who have been taken. Such a coward would do that to peoples. It is not children's fault or responsibility yet. I wonder what will happen next.

I got the point, but still... what is the message that we have right now? Currently we do:

At this point we totally gave up. They already won. And by they I don't mean muslims. I don't care about them. I mean terrorists. But they use the muslim "shielding" as their strongest weapon.

Shall we really wait for the next attack to happen to show our tolerance and how strong we are?

Why you think peoples doing nothing? From what i can see across worldwide social media, good peoples doing many good things to combat. In meantime standard citizens get on with lives, no effect from attack. Keeping calm and carrying on. This is exactly how we must behave. I think cyber attacks and bomb attacks have, if anything, made us stronger and more alert. Maybe we have been slacking. Too quiet for too long, attention drifted. But now, everyone, in every secure angle, is on fire, preparing, being ready.

OK. I got the point. Chances are low that this will happen again in another city at the same concert. I think they'll also increase security measures.

I think they will surely do not do it twice to the same artist concert, the protection measures will be more higher next concert, europe is not a safe place anymore, it was not so safe also before but now we feel it more because news run fast, im very worried for the future but i do not want that fear steal my happiness =(

True, but I also don't want to have my happyness destroyed by the fact that I have to accept attacks like this one. Europe is having attacks frequently and the only remedy that we have seems to be tolerance.

She just cancelled the entire tour. I have to send back the tickets, but I'll get my money back.