HOW MY SEX CLIENT BECAME MY HUSBAND

HOW MY SEX CLIENT BECAME MY HUSBAND.
"What was your motivation to get into
this kind of business?" my client asked me as I told him my charges for the night once we got in the room. I hadn't seen the question coming
because most sex-worker's clients have no time for preambles. Theirs is pay, get sex and leave. My client
tonight was a young handsome man in his late 20s. The gold ring on his finger was the only reason I suspected he was a married man. I did not have an immediate ans6wer so I retorted: "...and why have you left your wife for prostitutes... I am in
business!"Deep inside me I knew I would give
anything to live a more decent life, but
prostitution had gotten into me and
now I could not free myself! His smile
was the kindest I have ever seen in my entire life as a sex-worker. "Would you really be interested in knowing why I am here?" He gently responded sending frightening memories of the warning my "mentors" in sex work had issued. "If you ever meet a client who wants to engage you in conversation, be on the alert; he could be buying time for mischief such as calling his friends for
gang rape, forcing you into crime or even murder!" But my one year experience in sex-work had equipped me fully for such eventualities and I knew what to do should this man try
any monkey-business.
But how wrong I was, this man had been sent by God to rescue me from the bondage of prostitution. I recalled how I had got into sex work:

My parents could not afford to take me
to the university though I had passed
my Form Four exams very well. I had two siblings who needed education at least to reach where I had reached in secondary education. Frustrated, I remained indoors for days and cried refusing to eat or listen to my parents'
consolation.
"It's never too late to join university; as
soon as we settle your brothers' school fees, you will join university," my father
kept promising. I watched my friends
join colleges and universities while I
lived only on promises. I felt dejected and cheated by life; why was I born in a poor family? I imagined how I would
soon be miserable and perhaps get
pregnant out of desperation and that
would be the end of me. Such thoughts
drove me nuts.
Then one day a 'miracle' happened:
Agnes, a former schoolmate who was
living and working in Mombasa came to visit her parents and of course got the local gossip about my predicament. She
visited me and brought so many
goodies to my family that when she
suggested that she'd go with me to Mombasa to "try and get me a job" my
parents and I approved it without
consultation. She was very sympathetic and
proposed that I could even enroll for evening classes at some university in Mombasa. "With her grades, she can get a good clerical job in Mombasa," she had assured my parents.
To both my parents and I, this was a kingly offer because not only would I pay for my own education, I would also help my siblings with their school fees.

Agnes generously gave me some of her
expensive clothes and shoes to put on as we travelled to Mombasa, over 600 kilometres from my village in the
interior of Western Kenya. Throughout the journey, I imagined
myself in an office, living in a good house and most of all fulfilling my dream of being a campus girl! Maybe I would build my parents a better house. Castles in the air overwhelmed me as the bus sped on.
As a simple village girl I could only marvel at the luxurious apartment Agnes lived in. I fell in love with
Mombasa the minute I set foot there. Agnes showed me places I had only read of in magazines. The beaches, the deluxe hotels and the historic buildings were all spectacles that left me open-mouthed. I imagined the places I would be visiting on weekends when I got the "clerical job." That was never to be, as it turned out, it was another of my fantasies. As days turned to weeks, I noticed with curiosity that my host never went to work as such. She spent most of her
day sleeping and would occasionally
leave the house briefly and come back. She explained that she did a business in cosmetics but she also worked as a receptionist in one of the posh restaurants at night. That explained why she never came home most of the nights. Agnes had explained that I needed a little patience as she talked
to her friends who would give me a job.
So for the first few weeks, I remained
indoors doing house chores and Agnes
would buy food and pay for my hairdos
and other amenities. Life became very easy for me and occasionally Agnes
would invite me for dinner at the restaurant she purportedly worked
where I would meet some of her "business partners." My easy life was however short-lived. On one of the evenings I went out with Agnes, a drunkard approached our table and asked me to dance with him. I declined and Agnes and her "business partner" giggled. I was shocked because I expected her to shield me from drunkards.
When a second, less-drunk man approached me to join his table, Agnes signaled me to consent. I still declined because I was fresh from school and had never been intimate with any man.
He looked older than me and in my mind I thought he was disrespecting me.
That night Agnes scolded me; she accused me of playing holy yet I expected her to meet all the house
expenses. "You must learn how to look for your own money, that's how I survive!" she had said. It then dawned on me that she was a sex-worker. In the morning she took me to a cheap
hotel and told me she had booked me for only one week. "After that, you are alone unless you choose to make new friends!" she had said.

After two days of pangs of
hunger, I heeded her advice and went to a local bar. That was the genesis of my life in sex-work. Though I felt dirty and used after every client, the money was easy to get. Sometimes, some
clients would beat me and refuse to pay, other times I would be beaten by more experienced sex workers for stealing their clients and I was even gang-raped severally. When I told Agnes what I was going through, she offered to mentor me in the sex business. "This is work, do whatever you have to but make money; that is the rule of thumb in this industry!" I learnt how to fight, to shout
obscenities when there was need and
even started drinking alcohol because there were some clients who looked old, haggard and dirty hence I couldn't offer services without some alcoholic influence. My only comfort was that I was able to pay for the cheap hotel where I continued living and send my parents money though I never disclosed what
exactly I was doing. I preferred overly drunken men becausethey were easier
to steal from and I could also knock
them down should they think of playing
smart.
"It was during these nights I met
Ouma. He struck me as a young
responsible family-man and when he
winked at me, I wasn't sure he was
serious. In the room, he asked why I
chose prostitution and when I retorted I
saw tears welling in his eyes. He had
his share also. His wife of only one and
a half years and their baby son had
died in a car-crash only five months
earlier and he himself had tried suicide
several times. He had come to the bar
to drown his sorrow and seek solace
from a sex-worker. I empathised with
him.
"How tragic!" was all I could whisper.
Soon we were talking like old friends
and I also poured out my story to him.
As I was narrating my ordeal to Ouma, I
felt like I was writing fiction! It hadn't
occurred to me the intensity of what I
was doing. He thought I was in more
trouble than he was. Today, in our
sweet moments we make fun at how
we thought of each other being in more
trouble.
That night Ouma and I made a
decision; we would do our best to help
each other. He swore he couldn't dare
leave me in Mombasa for another night.
I bought the idea, assuring myself that
if it didn't work, I knew where to run
back to. The following day, we went to
my cheap hotel to pick my clothes and
valuables ready to start a new life in
Nairobi where he was working. He shed
tears when he saw where I was living.
"Why is life so cruel?" he kept
muttering.
"Welcome to your new home, Mrs
Ouma!" My client, addressing me by his
name welcomed me to a beautiful
bungalow in a rich neighbourhood once
we arrived in Nairobi. He is a lawyer
and before long he enrolled me in a
university to study pharmacy.
Today, I am a pharmacist and doing a
Masters in a university in Nairobi. We
have since solemnised our marriage
and we are the proud parents of two
lovely daughters. My husband has
never judged me, nor does he attribute
anything about me to my former sex-
work life. I have never doubted his love
or gotten insecure that he can seek
solace from sex workers again. Our
meeting made us believe in God more
since it was indeed a divine
connection.
We have gone through different
counselling sessions to help us
overcome our past so that we should
never blame ourselves.
Of course there are times I remember
my former sex life and feel dirty but
like my husband who is my best friend
keeps assuring me that God wanted me
to be in that situation to make me a better person. I would never cast the first stone to anyone; however ugly their situation is. As it were for me and my husband, life can only get better! 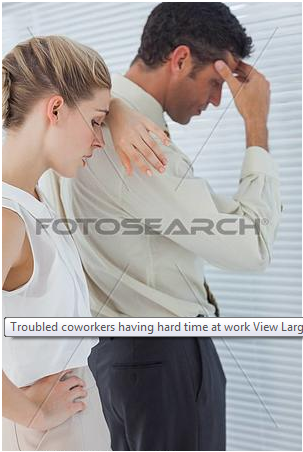 I feel sad for what you had to go through life but it is good that you never gave up and finally you got the happiness you deserved. I wish you a blissful married life ahead and hope you will not need to go through these kind of situation ever again

Not a problem. Just followed you😉