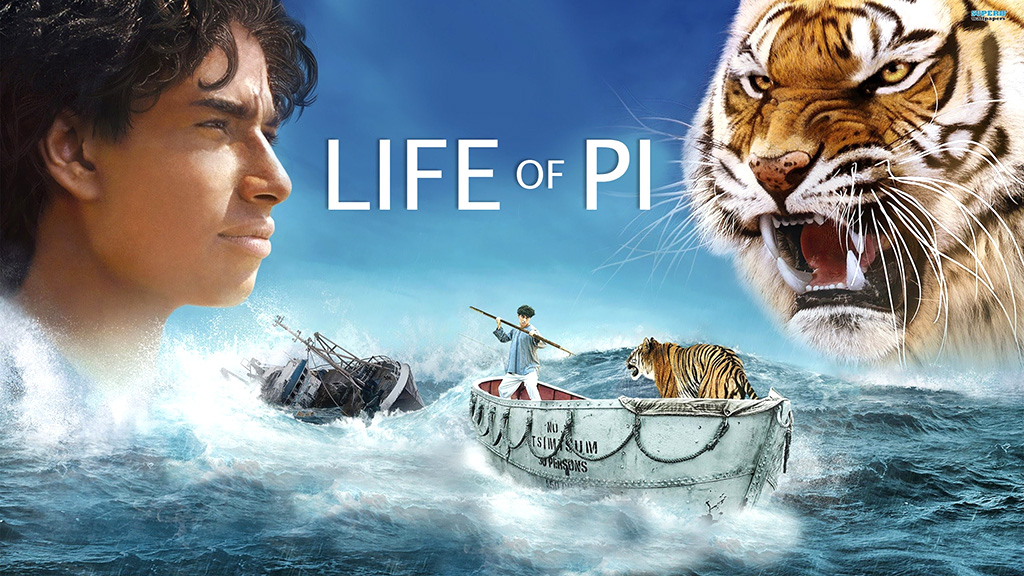 Watching the trailers for Life of Pi, two things were apparent to me. First, it was a film I wanted to see. Second, the film appeared to be filled with fantasy and was likely steeped in symbolism. While somewhat accurate in my assumption, I was not completely correct regarding fantasy. It was the incredible aspects of the film that tied the story together into a package that made it my favorite film of 2012. I attended the 3-D showing for Life of Pi while it was still in theaters. I was quickly drawn into the incredible CGI animal depictions that introduce the film. The title character, Pi (Suraj Sharma, Irrfan Khan) introduces us to his childhood in India. His father turned a community garden into a zoo, which provides the visually stunning backdrop for the introduction. Pi also describes the evolution of his name (which sounded very much like "pis-sing") into his shortened, and much more palatable "Pi." His intellect and curiosity are marked by an intrigue in religious understanding. He pursues Hinduism, Christianity and Islam in an attempt to "cover his bases." 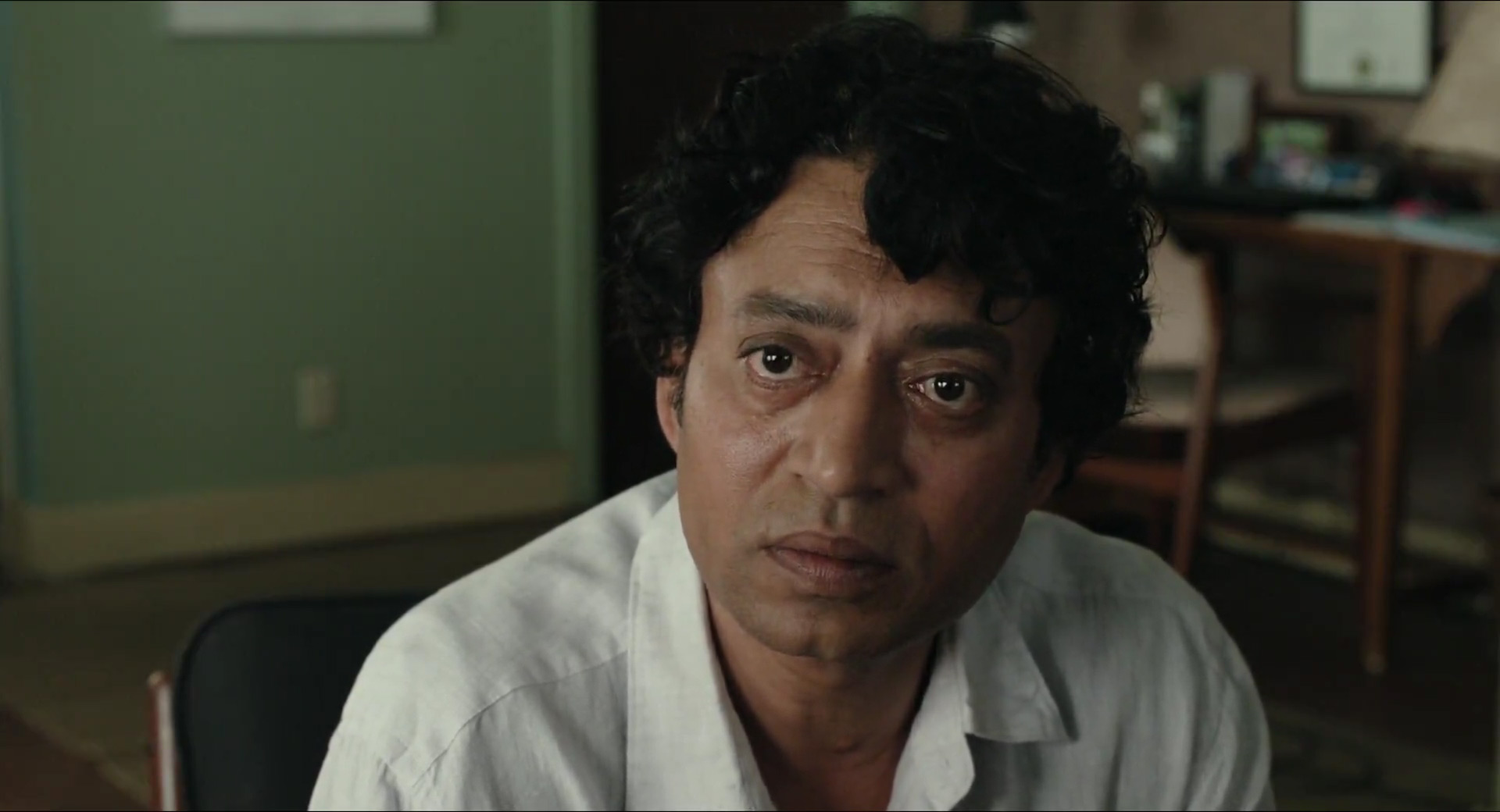 The adult Pi is living in Canada, discussing his childhood with a writer played by Rafe Spall. Spall was directed to speak with Pi regarding his encounter with God while lost at sea following a shipwreck. In recounting his story, Pi tells and incredible tale of his survival sharing his small lifeboat with a Bengal tiger named Richard Parker. The story seems beyond credibility, but eventually comes full circle in a rewarding and carefully structured plot.

I was amazed by every aspect of this film. The plot did not rely on the visually appealing affects, like many films seem to do these days. The plot is carefully crafted and masterfully executed by novelist Yann Martel. The script became a screenplay through the pen of David Magee. While I did not read the book, I would guess that not much was lost in the translation to screen. The characters were well developed and engaging. The plot was fantastic, fun, fanciful, daring and evenly paced. The thematic material and symbolism was easy to follow. Most importantly, the ending was rewarding. My doubt was rewarded with a feeling of completion that was completely unexpected. The entire project was expertly crafted by Ang Lee into a work of art that was as substantively rewarding as it was visually amazing. I am familiar with Irrfan Khan from a horrible Bollywood film called Hisss, as well as one of the best films I have ever seen, Slumdog Millionaire. He has a decent list of films under his belt, and is a consummate professional. His performance lent credibility to the premise of the film. However, it was the performance of Suraj Sharma that truly gave this film its substance. Sharma sold me with an impeccable performance. Gerard Depardieu has a small cameo in the film, as well. The performances of the supporting cast was solid, although much of the film centered on Sharma and his CGI companions. Great job of acting, especially in the absence of tangible counterparts (much of Sharma's role appears to have been green screen). 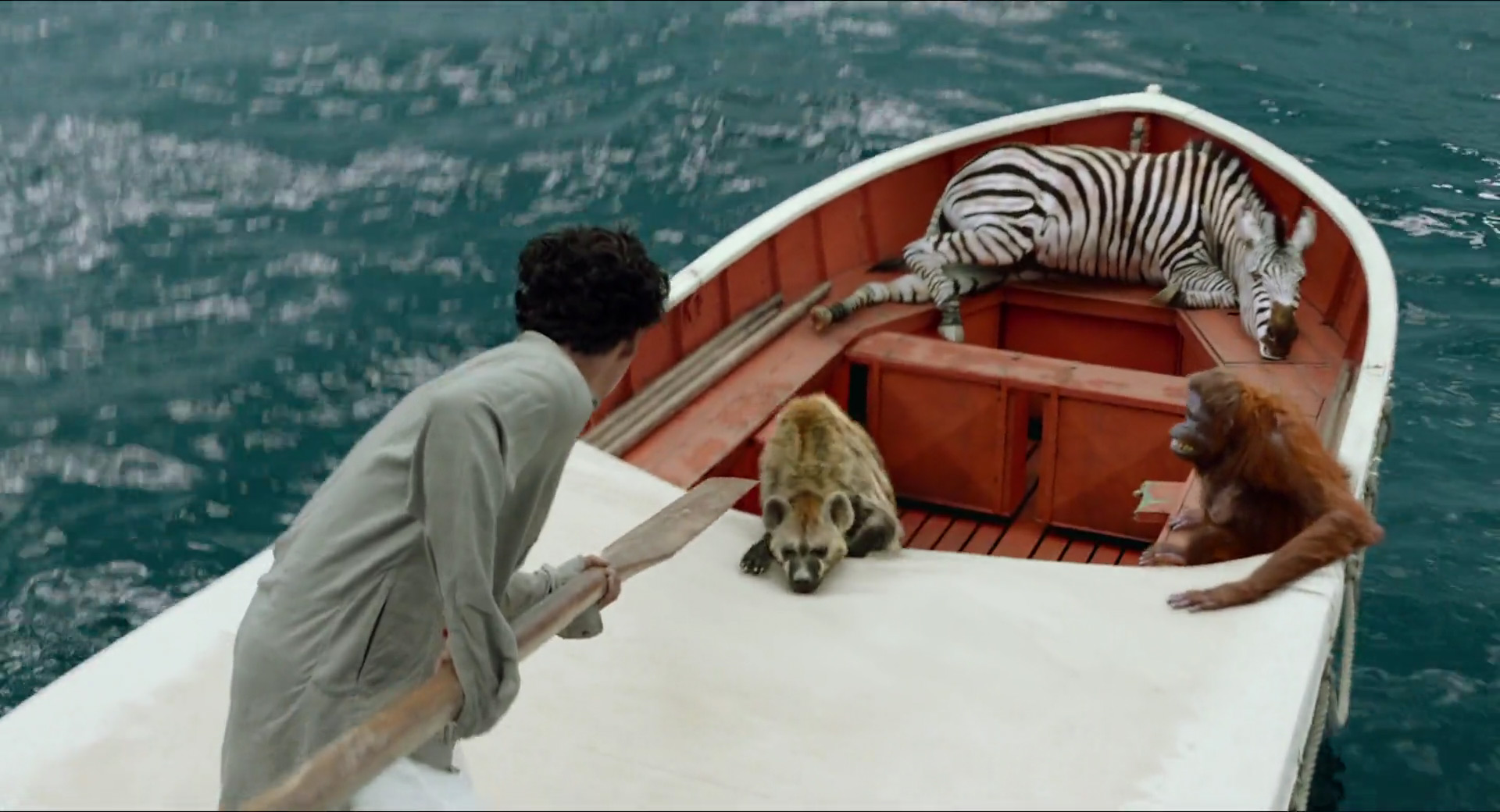 Life of Pi was given a favorable PG rating by the MPAA. The film does not have excessive violence, although there were a couple of troubling scenes and some difficult thematic elements. Otherwise, this film dealt with difficult subject matter the questionable content that too many modern films rely on in place of good writing. The language is fairly tame, there are no adult situations, nudity, drug use or other topics that may worry parents of small children. My only warning to parents is that younger children will completely miss the themes in this film. The CGI-generated animal violence is less graphic than anything they will see on National Geographic and is limited to a couple of brief scenes.

I left Life of Pi feeling fulfilled. It gave me everything I expect from a movie. It was entertaining, paced well, interesting and engaging. It provided me with realistic characters that were well developed and intriguing. The thematic material was carefully constructed to contribute to a broader theme that completely caught me off guard, leaving my pondering the themes long after the credits rolled. It was an exceptional film that seldom comes along. It is one of those films that you can watch over again and still enjoy the pure are of it. 9/10.

I never saw this movie when it came out but I really wanted to. After reading your review I am reminded of how much I want to see it! Your reviews are great so please keep it up!

An incredible movie, stunning to look at, and without a doubt one that has both style and substance.

Very cool movie. There is just something about it that's a little too fantastic for my taste, meaning fantasy elements, but that's just me. I do have a lot of respect for Ang Lee though. His handling and sensibilities in Brokeback Mountain and The Ice Storm were exceptional, some of my favorites.

Great review. Another great movie which I still didn't watch.

One of the best movies of 2012, at first sight I thought the film was overrated but I was wrong.My rating is 8/10 and thanks again for the great review @coldsteem.

Congratulations! This post has been upvoted from the communal account, @minnowsupport, by coldsteem from the Minnow Support Project. It's a witness project run by aggroed, ausbitbank, teamsteem, theprophet0, someguy123, neoxian, followbtcnews/crimsonclad, and netuoso. The goal is to help Steemit grow by supporting Minnows and creating a social network. Please find us in the Peace, Abundance, and Liberty Network (PALnet) Discord Channel. It's a completely public and open space to all members of the Steemit community who voluntarily choose to be there.