Decide if you are brave enough to take... 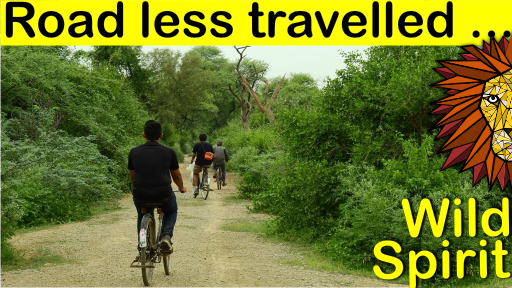 "Ouch.. EVERYTHING hurts" - The Wild Spirit (after the road less traveled)

Listen people - everyone who tells you to take the road less traveled has either reached their destination or is running alongside you - trying to get you out of their way on the nice paved road!!

I am convinced of this after my experience of a bicycle ride through the Bharatpur bird sanctuary in India.

I know I have been sermonizing all of you (when you have chosen to punish yourselves by reading my blogs) that we must be brave, fight against odds, understand and enjoy various moments of life and what not.. BUT...

This experience shook my faith!

This is what happened. We reached Bharatpur sanctuary early in the morning one fine day. As we got our entrance tickets, we saw some bicycles for rent and decided to do something other than the standard way of getting a cycle rikshaw and ride around in comfort. All the blogs, trip advisor report and word of mouth tips had advised us that the cycle rikshaw ride through the sanctuary was the comfortable way of getting around and also suitable for photography -
but no - we HAD to be different. We had to take the road less traveled...

Hence - my son, his friend and I, followed a hardy naturalist on a road less traveled - on bicycles. This was at 8:30 AM when, full of enthusiasm, I took this picture of the advance party from behind (since I was already huffing and puffing to bring up the rear of the party) with my Nikon P900... Remember - what I am about to narrate can happen when we try to take the road less traveled. I will be silent, with tight lips if you ask me if all this really happened (while I turn red in my face ...) but it can certainly happen. You can look upon it as narration of what happened in a day or draw a philosophical conclusion about it by extending it to the journey through life.

By the way - it is equally applicable on our Steemit journey...

So - without much further ado, here is what can happen if we take a road less traveled.

The Road less traveled.... Obviously for a reason!!

All those preachers and philosophers who urge us on to take the road less traveled have not taken on a bumpy bicycle ride through the woods - I can bet. I am going to illustrate just 3 pitfalls...

What can happen if the trail you are on twists and turns, has multiple forks and no one is around to ask..

Our guide, the naturalist, though a man of 60+ years, turned in to the human version of THE FLASH from the comics. He would disappear around bends at lightning speed and coming up behind, we were at a loss to understand which fork to take.

Floundering around and avoiding trails that went straight to some marshy bogs, we felt utterly lost sometimes... 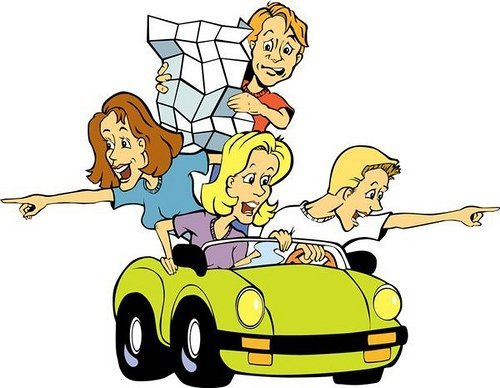 In life, it is easy enough for this to happen - don't you think? In navigating the twists and turns of a path less traveled, we often lose sight of our end goals. Then we wander around, focusing just on overcoming the next immediate hurdle!

On Steemit - do I need to say more about getting lost? There are 30,000+ active users and over 100,000 posts per day. Our posts get lost and so do we - unless we have a purpose, a mission and stick on. Lot of newcomers on Steemit choose the well known path of vote4vote and follow4follow. Some choose a different path and set out to make their own identity but several of them get lost....

Oh - my butt hurts even today at the mere remembrance of that ride. Never knew I had so many muscles in my butt that can go soar and hurt at the slightest movement. Try riding that bicycle (which has a rock for a seat and has NO suspension at all) for 6 hours on the bumpy, sometimes non-existent 'roads'! Ouchhhhhh... In life too, when we try the road less traveled, we should be prepared to take some bumps that will shake our very BASE! We will not be able to SIT quietly afterwards even to reflect upon what happened.

On Steemit, if we hit a bump along the way, like getting scant attention, or if we manage to do something wrong .. a few downvotes, it is hard to recover. It shakes our confidence in Steemit and makes it hard to carry on. I have seen a few examples of people starting to take the path less traveled (trying out banks, big vote selling services etc.) and burn out completely...

Pitfall 3: Sun-burn that makes us look like 'Dark Knight'!

When we actually felt great with the sunshine (because the trail went through thick canopy of forest and eerie dark places sometimes), we did not realize, our skin was getting nicely toasted. We could have passed off for some native African tribe when we were done.

I am a great supporter of equality for all races, castes and skin colors. Therefore, I did not mind getting the dark tone at all. I had a shot at being called 'moderately tall, dark and moderately handsome'. LOL

The woes though, began next morning when skin started to peel off like I was some onion. In the most unimaginable places too...

Believe me - it's NOT fun to spend that much time in sunshine. 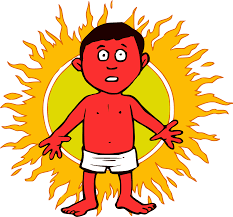 In life, when we take the road less traveled, we get some successes and it feels like great sunshine all around. However, we fail to notice the sunburn. When we are successful, we set up a lot of things for expansion, we become too optimistic and we throw caution to the winds. THAT, my friends, is the sunburn. It comes back to bite us in the a$$ the next day!

On Steemit - Big upvote, rising SBD/Steem prices and contest wins are some successes that make it a very bright day for us on Steemit. We buy more upvotes. Throw a lot of SBD at renting SP. We forget about the sunburn - sunburn of our ignoring friends, ignoring supporters... as we focus on more SBD and Steem. It kills us down the line.

As I said, I will be tightlipped about my getting lost, soar-assed or sun burnt in real life or on Steemit. However, believe me, these things can happen.

When you take the road less traveled - heed my warning, don't end up with your a$$ burning!

Steemians, please comment freely to share your experiences, knowledge and views about taking the road less traveled. Thanks.

I literally laughed out loud at your image of the a sore ass. Lol!

I appreciate the analogy--I think it can translate to all of crypto, not just Steemit. So true!

it is cool your are right

Sometimes being too adventurous and daring also can get you in trouble, not all the roads less travelled takes you to your destination, it can also lend you in trouble.
Its same as the saying goes 100 enemies are better than encountering one stranger.

Sounds like you're not on a bicycle that often. =)

I came to know the place named as Bharatpur, sounds cool. I wish I could visit this place once in my life. Road less traveled through the wild greenery place much more exciting and cool. I'm not experienced yet but after reading your thoughts and views about road less traveled, I wish I should have to go for once to get some cool experience.

Thank You for this post! It's cool worth reading article.

You got a 3.99% upvote from @upme requested by: @vm2904.
Send at least 2.5 SBD to @upme with a post link in the memo field to receive upvote next round.
To support our activity, please vote for my master @suggeelson, as a STEEM Witness

Wow! makes me nostalgic. I grew up near the jungles of Bardiya National Park, Nepal, my mother's ancestral home. I learned to cycle there, played football, cricket, learnt fishing, making bird traps. Too bad the family had to move out because of the political insurgency. We go back there at times but it is not the same anymore.
Things change so quickly in life that every experience you are having in the present needs to be cherished for it is going to be the last one.

Literally, this week got on Steemit as an experiment and as I was exploring community during last few days I noticed just things you mentioned, different people going about it in different ways.

Some people actually building their blog slowly through HQ content and patience, which is obviously harder than "safe" way follow4follow, etc.

Either way, love clean quality post you wrote. Thanks for sharing value <3

Amen! The road less traveled can lead you to many amazing things, but sometimes that road isn't traveled often because so many have done so and learned not to again.

We decided to hike to a waterfall as it would give amazing views...blah blah blah. This "waterfall" was not worth the hike and the hike left me sore, dirty, eaten by bugs (ran into ants), and overall just ready to end my day and it was only 10am at this point and we had much more to see for the day. Oh yeah the reason for the " " around waterfall. It was barely a trickle of water and not worth seeing.

The next waterfall was amazing and 90% of the path was paved. Tons of people, but for good reason.

Sorry for getting sunburnt recently. I have you on GINAbot now, so won't miss a post. Hope the real sunburn and sore bottom are long gone.

@hopehuggs - LOL. Yes. My bottom is fine now and my complexion is back to it’s former glory from ‘burnt crisp’ status. I appreciate your looking forward to my posts and supporting them. I will do the same about your posts. Cheers. Steem on !!