Transhumanism, From a Strictly Extra-Terrestrial Point of View [Part 2] This is part two of yesterday's post Transhumanism, From a Strictly Extra-Terrestrial Point of View.

... Now I know, a hundred thousand per year is a bit steep for sleeping in a freezer. But if there’s something you don’t want to skimp on, that’s the personnel handling your consciousness transfer.

The last thing you want is that they go hiring double digit IQ staff with questionable morals and a bad attitude,

You know how wherever you go to MacDonald there is this guy that always gives you the wrong order?

Now hire that guy, and you’ll know the true meaning of waking up to as a man trapped in a woman’s body.

You’re a 30 years old man and they upload your consciousness to a 90-year-old woman… Or a four-year-old kid.

And then what do you do?

Funny Questions That Ought to Be Asked Suppose the guy who writes the label on each consciousness file suffers from a bit of Dyslexia.

You think you’re resuscitating Obama, but instead you’re getting Osama.

Suppose they hire a prankster, and he uploads your consciousness to a Chucky Doll to scare his friends.

Suppose all those souls fall in the hands of a Voodoo priest, and he starts uploading them into all sorts of tiny wicker dolls.

You go to bed as a human, and wake up as Baby Groot. Suppose you work so hard to get frozen in your perfect shape, but then some ugly politician bribes his way to get your body instead.

And you know they’ll do it.

Think about it, if you looked like the third cousin of Smeagol, would you wanna wake up in your own body?

Classified by degree of rarity. I guess that’s why they call politics Showbiz for ugly people.

I tell you one thing though, if that body/consciousness extraction is actually invented, how long till they pass some sort of phony legislation to secure themselves the best bodies?

And then what happens?

That moment when you look at the mirror and you see Dick Cheney staring back at you.

And you thought Chucky was the scary one. Suppose the staff get bored, drunk or stoned and start using their creativity to good use.

You wake up with your consciousness uploaded in some albino bulldog just because someone wanted to recreate Brian from Family guy.

Or even worse… Suppose they get even more creative and they upload your consciousness to a freakin’ car.

Would you then wake up as a transformer? Now let’s talk security. Where are all these souls are going to be stored? In floppy disks? USB sticks? Maybe install the latest edition of Nero and burn them in CDs?

They better not store it in the cloud, because we all know that there’s a certain 4chan who would love to get his hands on that.

You think the guy who risks jail to leak nude pics from celebrities will resist the urge to leak their darkest fantasies and naughty dreams?

The best thing you can hope for is to store those souls in a Trezor or a Ledger Nano and hope they’re never get corrupted.

But here’s the important question, who’s going to be in charge of safeguarding the all those consciousness folders?

Don’t tell me it’s the government, because those guys are notorious for miss-placing important documents. Hell, the Pentagon itself misplaced a couple of Trillion Dollars a few years back.

Forget about the trillions. Even the plane that hit the Pentagon on 9/11 was miraculously disappeared. Talk about file management.

But let’s suppose they make several copies for just in case.

How long till someone start marketing that as the ultimate mutli-tasking solution.

Imagine this, now you can upload yourself into multiple bodies, and get much more things done than ever before. You’d be working late at night while making love to your wife at the same time.

Hell, you can even have a third “you” going to sex-classes to become a better lover, while you’re already making love to your partner at the same time.

And trust me, there are no good answers to that.

So, you better think it through from the get-go or it could seriously get out of hand.

Now, suppose there is only one copy per person and but the person in question does actually suffer from Multiple-Personality Disorder in real life.

Do all his/her personalities get uploaded to the new body? Or is there some kind of limits established per soul?

Suppose it’s a normal person with only one personality, but the consciousness-extraction catches them in a lucid dream or an out of body experience… Do you then download a blank disk?

Suppose that while downloading someone’s consciousness, we learn that they’re possessed by a demon. Does the demon cross to the other side?

Or does it depend on if the demon’s drivers are compatible with the latest version of Windows? Suppose that the main software where all souls are uploaded get infected by some seriously malignant computer virus and it corrupts millions of files of consciousness.

Should we then prepare for the Zombie Apocalypse? Or should we pray to the skies that science will provide a Zombie cure while they’re at it?

Oh common, Zombies are not real. True, but until further proof, neither is soul-transference nor body-swaps.

I only want my frozen body and conscious uploading done by the best, non-government, triple digit, background checked to the wazoo mother fuckers in charge. ;)

Haha that's the safe bet my friend, otherwise I bet you'll be surprised when you wake up. :P

Every time I say nothing will surprise me anymore, but they always keep screwing up in unexpected ways haha

If people didn't screw up, would they even be people? Haha

Haha true.. They would be as much of robots as those they aim to create :)

Oh common, Zombies are not real. True, but until further proof, neither is soul-transference nor body-swaps.

Wow. you really have a creative mind and probably gave some politician a new idea. Lol!

Haha oh man! I hope I didn't give them any ideas :P

Your creativity is amazing, the ability you have to fit the characters in the changes of attitudes of the same, actually I congratulate you, you are a perfect candidate for science fiction film writer, congratulations, I follow you.

Haha thanks a lot Milca! Im glad you liked it :)

You have a very creative mind. You came up with so many possibilities. I do believe that politicians will absolutely steal our bodies if they got the chance. 😊 I'm not sure I would know if I'm in the wrong body if I do wake up. I think that's the only time I would be bothered, seeing someone else in my body would be weird. But again it might make me see how much better or worse I could have been🤷🏽‍♀️.

Haha that would be a funny situation :) "Hey! Who are you and what are you doing with my body?" ;)

The person: Someone else has my body, but I think I like it just fine where I am.

Haha thank you very much! I'm glad you found it entertaining :)

Now i know why the possibilities are limitless around us

Great talent you have in mind it reflected today truly remarkable :D

Thanks a lot @eyelashe!

Your writing story is fantastic, the ability you have to fit the characters in the changes of attitudes of the same, actually I thanked you.this type of movie is very interesting and funny

Once again great post ...you transformed a lot today so cool :)

Haha thank you @blazing! :) I'm happy you liked it.

Thank you very much! I'm glad you enjoyed it :)

just imagine if those swaps are possible though the world is changing ;)

Haha it would be a whole new circus ;)

this was so fun to read!

Congratulations @the-alien, this post is the second most rewarded post (based on pending payouts) in the last 12 hours written by a Superuser account holder (accounts that hold between 1 and 10 Mega Vests). The total number of posts by Superuser account holders during this period was 1267 and the total pending payments to posts in this category was $11848.45. To see the full list of highest paid posts across all accounts categories, click here.

Haha a lot of funny stuff can happen :P

I think the answers can be found with the philosophy of Zen. Strive for being enlightened, and the physical body, or your mundane consciousness won't matter. Life is suffering. Suffering is caused by desire. We must stop the desire. Desires can be stopped by hanging with very ugly people.

Look. If a guy in hawaii can't resist pushing the one button that panics 1.4 million people, by sending a stupid ballistic missile phone alert, then going into suspended animation with geeks running the lab ain't gonna work. You might as well just donate your organs to science and go to the light.

Haha I guess we're lucky he made the mistake of pushing the alarm button instead of the launch button :P It could've been worse.

Thank you very much :) I'll do my best to create similar fun stuff :)

Hope you will check my blog and appreciate me

Does it snow where you live?

Amazing. you really have a creative and great mind persons. and probably gave some big people a new idea. thanks lot for sharing these with us.

Thanks a lot for the awesome comment, I'm glad you liked it!

Great post @the-alien! Think I’m gonna try and hold onto my consciousness for a little while, at least past the early adopter phase!

Haha this is just comedy man!

But yeah leave time for the mistakes to happen first :P

great read. hope no zombies in the near future.

haha otherwise we just watch The Walking Dead and learn to survive ;)

I want to use my own body with my created character, I adjust the character and the state must be balanced.

Greate jop. I really love it.

What the? Thank you for the nightmares tonight.

To be fair, being a transformer sounds kinda cool. Also, you got into some Doctor Manhattan thing right there haha great post :D

together we can make it

Will sure know as time passes by for the last question of yours and quite great post buddy !

No pretty politicians? I think Femke Halsema is alright. Dutch girls, you know ;) 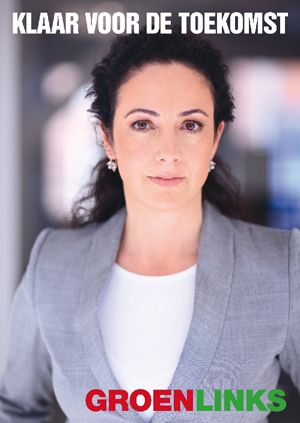 Hi, do you remember me? Did you receive the questions? Looks like Steemit.chat is not coming back. Can you send the answers by email [email protected], please? Sorry for sending a message here, but I did not find another way. I looked for you in the discord and I did not find