TAKING MY BODY BACK 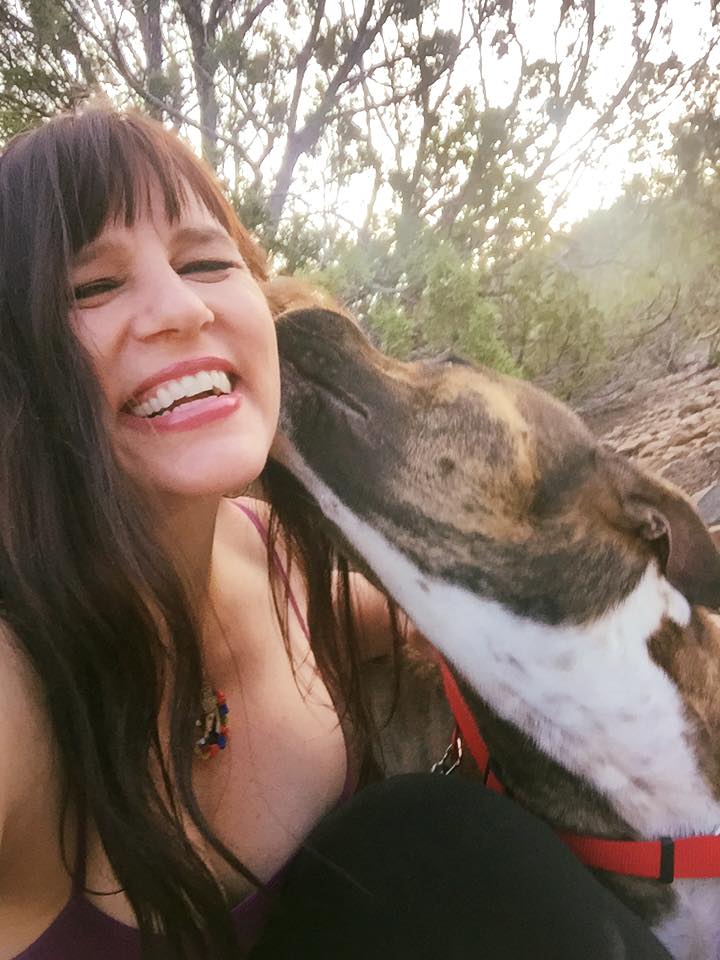 Over the past six months, I've lost 25 pounds. I know it's not a ton, compared to some, but I'm super happy about it because of what it symbolizes. I did it for many reasons, the main one being self-love. It's not that I think thin is inherently prettier than voluptuous. I know so many women who are curvy and jaw droppingly lovely. But the weight I gained all grew out of abuse, and as long as I wore it, I felt like a victim. Taking my body back was a way of taking my soul back from the people who abused me, and from the piece of me who felt I was worthy of abuse. The weight loss was a way of saying to myself, "No one but me gets the last word on my body, or any other aspect of my being."

I lost the weight in kind, generous ways. I ate beautiful, healthy foods, and sometimes, fun foods. No food was off limits. If I wanted ice cream, I had it. Just not vats of it, and just not every day. I ran, hiked, lifted weights, did yoga. Always, during my yoga practice, I would speak to myself within the confines of my mind, saying, "I love you, that's why I'm doing this. You are beautiful. You are precious. This is one of the ways I honor you." As I was running, I heard the voice of the fucker who force fed me saying, "I like ya thick," (because he didn't want anyone else looking at me). When I remembered him, I would run faster, whispering, "Well, I don't, mother fucker."

And here I am, five pounds less than I was when I met him. It feels pretty amazing. Every time I look in the mirror, my body tells me that I have taken back my soul. And no one who doesn't hold me and my body in the highest love and reverence ever gets a piece of me, body or soul, again. The weight loss was just one aspect of the journey to center of self I've been on during the past three years, while I've been wandering the world, finding me. Someday, I will write a book about it. Right now, I'm making a blog post because I just looked in the mirror, realized I had the body I used to have, before Mr. "I Love You So Much, I'm Going to Chop Your Head Off" (and I quote) came into my life. Looking in that mirror, I said, "Hot damn, I did it."

I love this action as self-love. I believe very much in reclaiming. I'm so glad you are for you.

Thank you, gorgeous! I know you are super good at self-love and reclaiming as well. It's inspiring!

Your writing style makes your self-love and pride so tangible and inspiring. Well done! From personal experience, I really hope that this success ignites further progress :)