Confessions of a Conduit: What Magdalene Wrote in the Sand when the Mob was Gone I am obsessed with Mary Magdalene. A third of my first poetry collection, Siren Song, was dedicated to Mary Magdalene persona poems. She fascinates me partly because I think she was a force more powerful than anyone gave her credit for. Early Christian writings depict her as Jesus's most accomplished disciple. Leave it to patriarchal religion to turn her into a whore.

She points to patriarchal society's tendency to reduce powerful women to their sexuality in an attempt to render them inert. (Bad on them. How foolish to underestimate one's opponent.) She also fascinates me because I think she carries within her sacred belly a blueprint, the possibilities available to all women. Are we not all whores? Are we not all stoned in our time? Are we not all disciples? Are we not all queens? (In fact, I'm teaching starting a course on January 16 at The Creative Writing Center called "Writing to Access the Divine Feminine." I think we will start with a study of the Magdalene.) So I give you (the 20 of you who read my poems) my latest Magdalene poem. This poem speaks of ascension, of becoming, of what happens to a woman when she lets go of society's insistence that she takes one of their prescribed roles and, instead of conforming and making herself small, becomes the expression of the sacred blueprint that lives in her blood. For those who don't read poetry, I promise I'll write another humor article soon. I know poetry isn't everyone's cup of tea!

Confessions of a Conduit: What Magdalene Wrote in the Sand when the Mob was Gone

Drop your rocks, boys.
The Man picked me.
See, I lick Ganesh’s trunk,
kiss Guadalupe’s Virgin on her ever-shining cheek.
At midnight, we three, trinity, waltz
on the silvery waters of distant planets.

Light seeps from the slender moons
rising at the tips of my toes.
I dance through meadows unseen by men.
They think my face is pretty?
They should see my soul.
If they only knew the secrets that my platelets keep.

After three days I rose from my grave
carrying magic in my bones.
I ate 777 pomegranates
from Olympus’s lushest grove.
This just in: my soul has been un-sinned.

The never-ending spiral of my belly button
is a water slide
winding straight to the ice blue pool
at the center of the Eye of Horus.
Insert chorus here, cue an angel choir.
Fall, sacred fire, fall.

When they said the goddess was a honey bee
I dove straight into the hive.
Ten thousand drones stung me alive
made my marrow simmer.
Secrets shimmer in my eyes.
My DNA knows everything

there ever was to know.
The tree of life grows from my sternum.
My chromosomes speak
of God in ancient languages
understood only by ghosts and swordfish.
Exult, heavenly hosts!

I have rewound Judas’s kiss,
dismissed demons,
leveled the gates of hell.
I un-shell mysteries like peanuts,
swallow them whole.

My holy dreams stink
like the bellies of oysters giving birth to pearls.
My visions flutter like rainbows in oil puddles.
My soul dangles, un-muddled,
at the edges of my earlobes.

I have married the Christ.
I wear his silver ring on my toe.
I have been
un-slaved,
un-stoned,
shamed in reverse.

I know only one Master.
He calls me baby.
For Him alone I bow.
Who’s a whore now, bitches?
Get thee behind me, Satan,
and take your slithering sycophants with you.

I won’t be raped again.
My sacred cows have been un-slaughtered.
I have emerged from death a daughter of light.
My stilettos reek of interstellar travel.
Behold, I have unraveled and raveled again.
Lo, I glow I glow I glow. 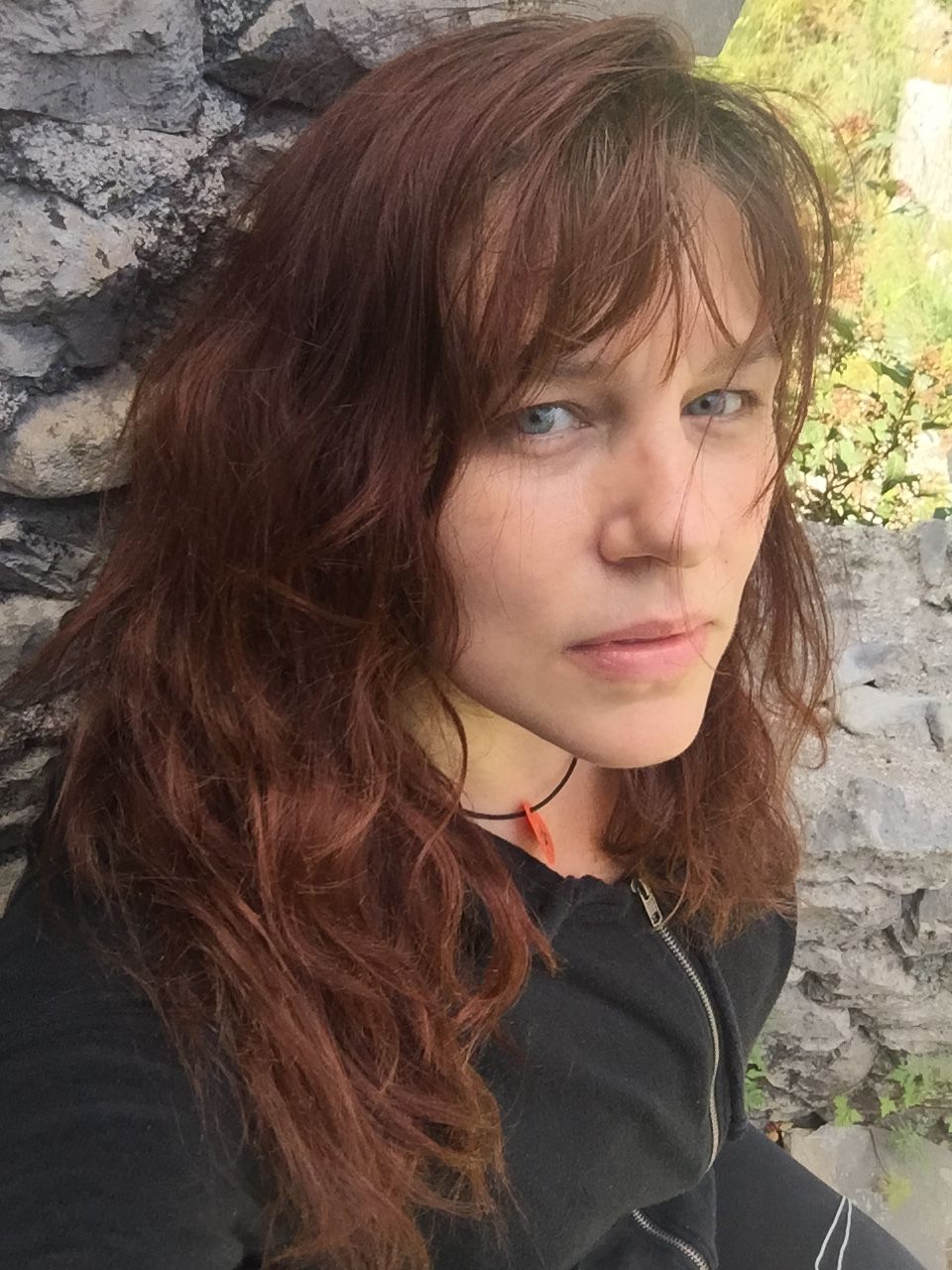 This is me when I was living in France in 2016, about an hour away from the cave to which they say Mary Magdalene fled to after the Christ was crucified. These ruins stood just outside the medieval village I lived in. The magic was thick there. I wrote in them just about every day. I return to the South of France in March, this time to tour high schools that are studying Beauty of the Broken and The Long Ride Home (which I edited mostly while living in France). I have no doubt more miracles are in store.

I love this! 2018 is a 2 year. The year of balance and the High Priestess. This year is full of the divine feminine!

Thank you! And that is so cool! I'm stoked to dive into the feminine divine head first!